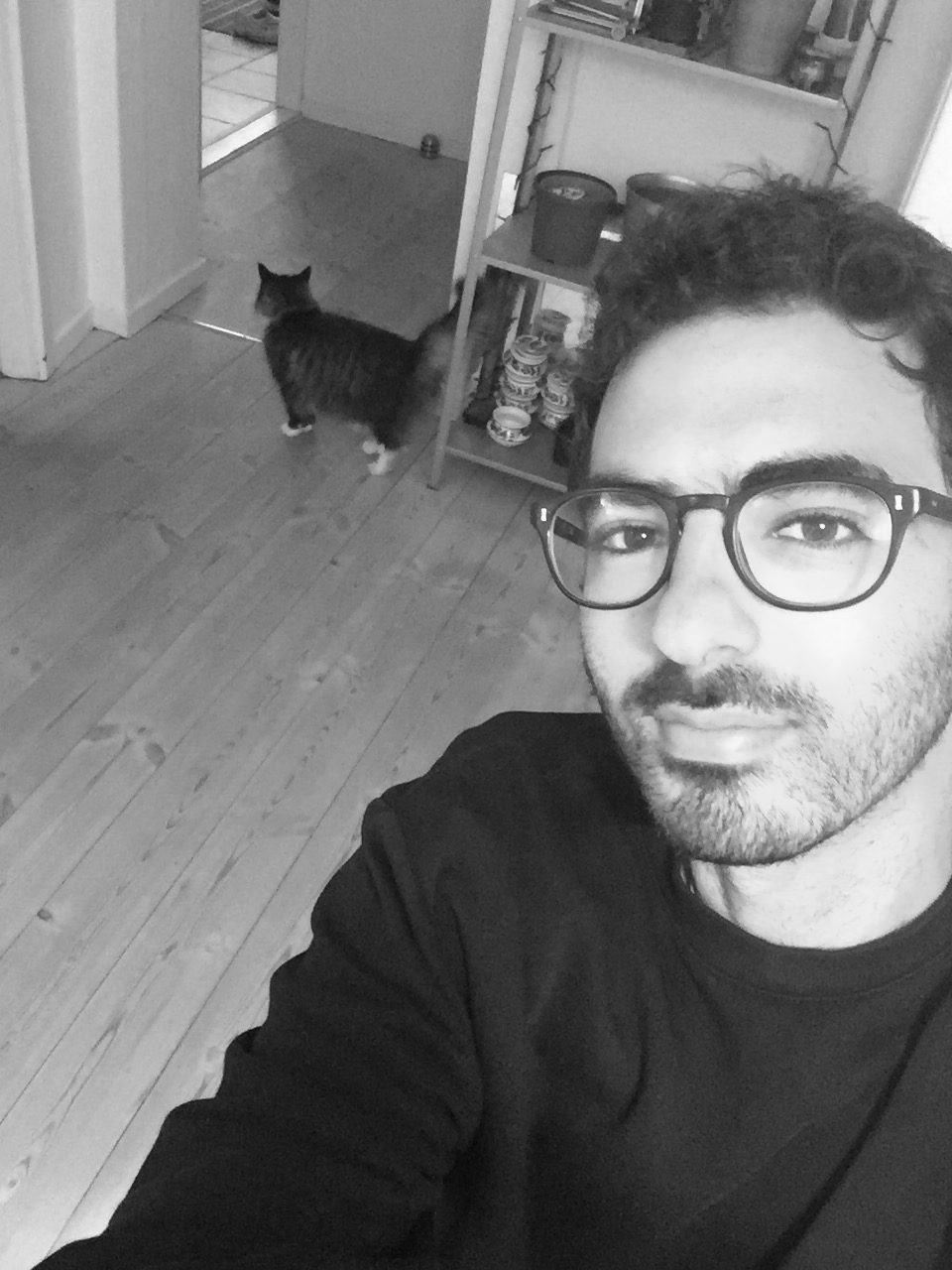 A New Court of Law for the City of London

Inspired by the playwright Thomas Shadwell’s appropriation of historic Middle Temple Inn as a venue of performing arts to bridge a societal divide between the socially upper tiered Inn and the lawless “underworld” of Alsatia, the project proposes how the Courthouse can be understood and designed through the lens of Theatre, in an effort to define how a chiastic spatial and programmatic relationship can benefit a contemporary place of Law. Furthermore, by virtue of an emphasis on the public, the project attempts to reconnect the practice of Law back to the contemporary city.

The direction of my study will be two-fold; Courthouse through Theatre and Theatre through Courthouse with each course delineating the proposals symbiotic architectonic and programmatic approach respectively..

This course aims to study and establish how legal processes benefit from their relations with the public, the performative and the spectacular. Seeking inspiration from Shadwell’s “The Squire of Alsatia” in which dialogues and scenes are set in public places such as public squares and taverns depicting “middle classes, the thieves and the rascals” (Nicoll, 1952) all in one room, this line of inquiry will define the proposals programmatic approach.

Alan Read, writer and professor of theatre at Kings College London echoes the performative nature of the Courthouse that “must show itself…must reveal itself in action” (Read, 2015), reiterating the notion that law has to be “seen” to be done. Arguably the most “public” precedent of legal choreography is the public trials in the ancient greek Agora where citizens “were engaged by virtue of their occupation of the spaces between legal rituals” (Scott, 2015)

Through theatre, the architecture of the Courthouse is not investigated through its form, but through its action. Room’s become stages, public spaces become thespian arenas, facades become backdrops. It is thus that this direction of study will define the proposals architectonic approach to the building and it’s connection with the city. Through the design process, the project inherits theatrical devices used in theatre to explore the art of Situation, placing people in meaningful spatial relationships with each other and the site, emphasising a ‘human’ relationship with the legal system.

These include; “Red Herring” – the concept that leads an audience to expect one thing and are surprised when something entirely unexpected happens instead. “Soliloquy/Aside” – an action giving the audience an impression on internal feelings without the rest of the actors knowing. “Entrance” – the moment a new character joins a scene. “Tableau” – a framed image of models representing a scene from a story. “Montage” – Sequence of activities overlaid or happening simultaneously. 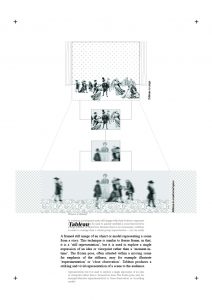 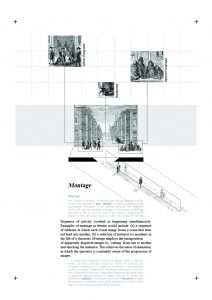 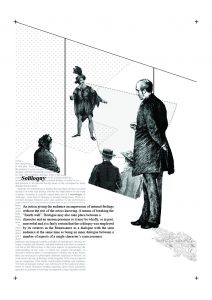 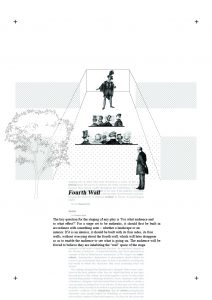 Excerpts from the play written by Thomas Shadwell that describes character occupancy in varying places and settings within Alsatia. Each segment of script highlighted points to a dialogue between dwellers of Alsatia and representatives of the Law 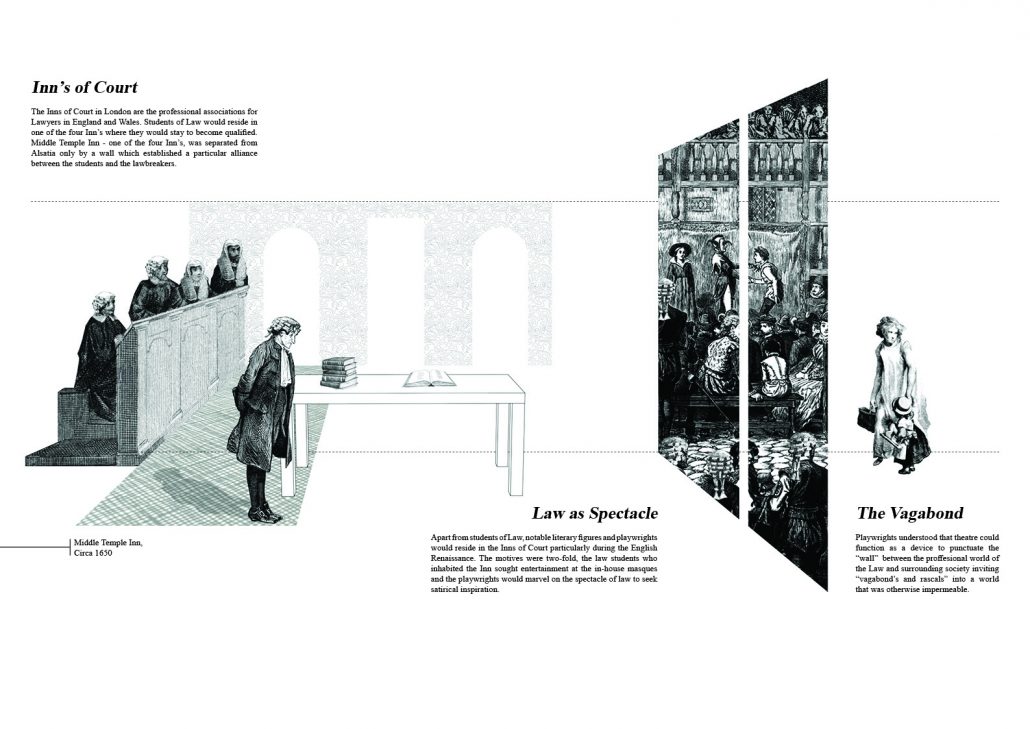 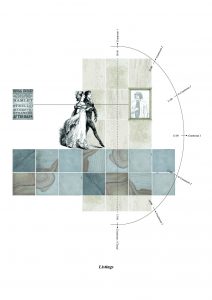 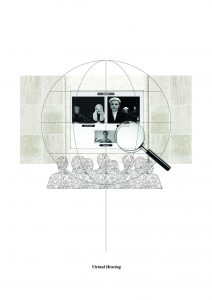 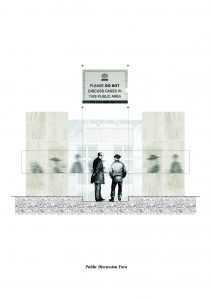 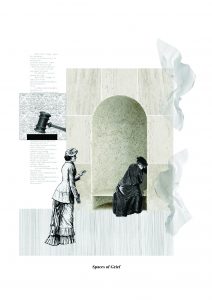 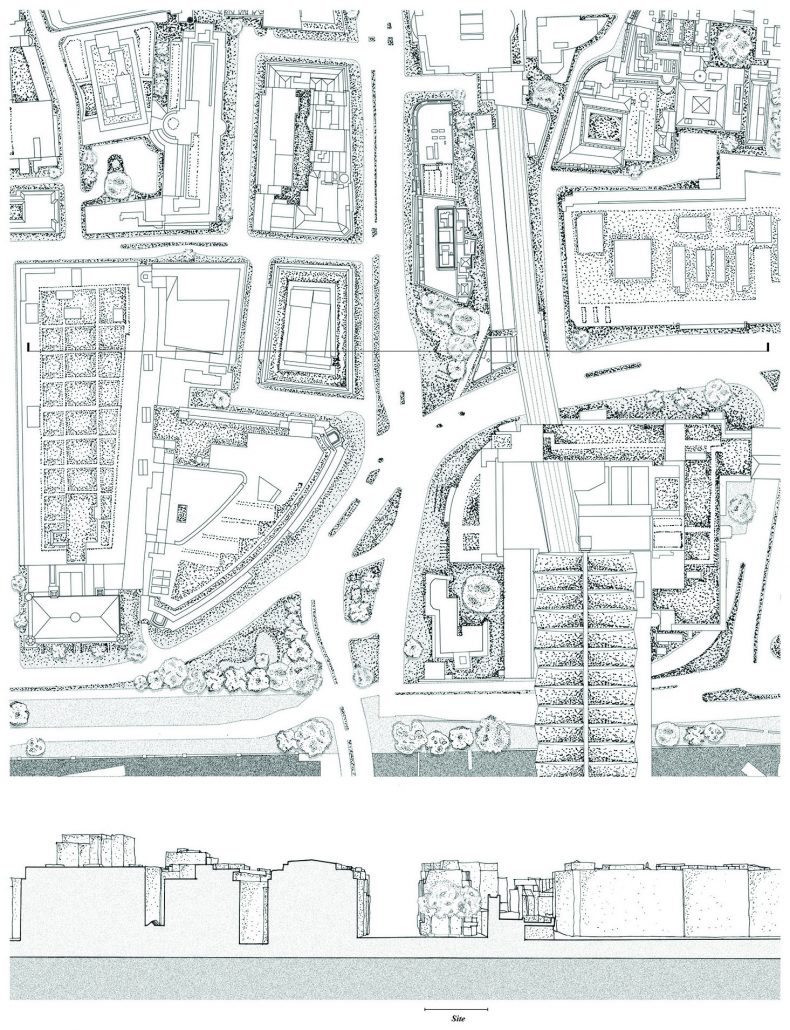 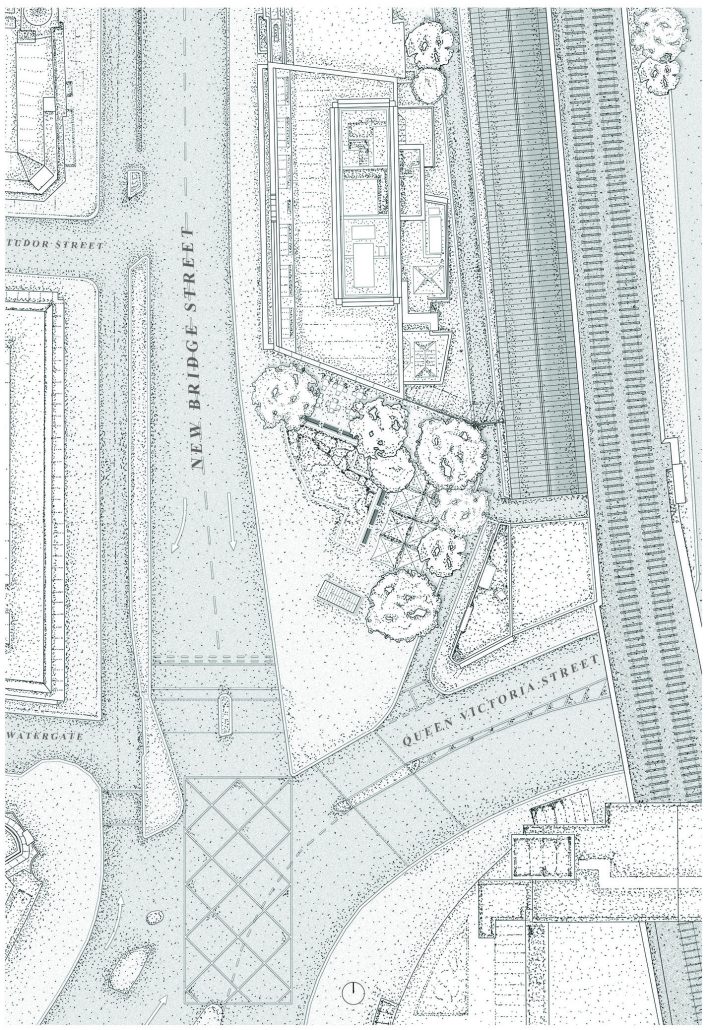 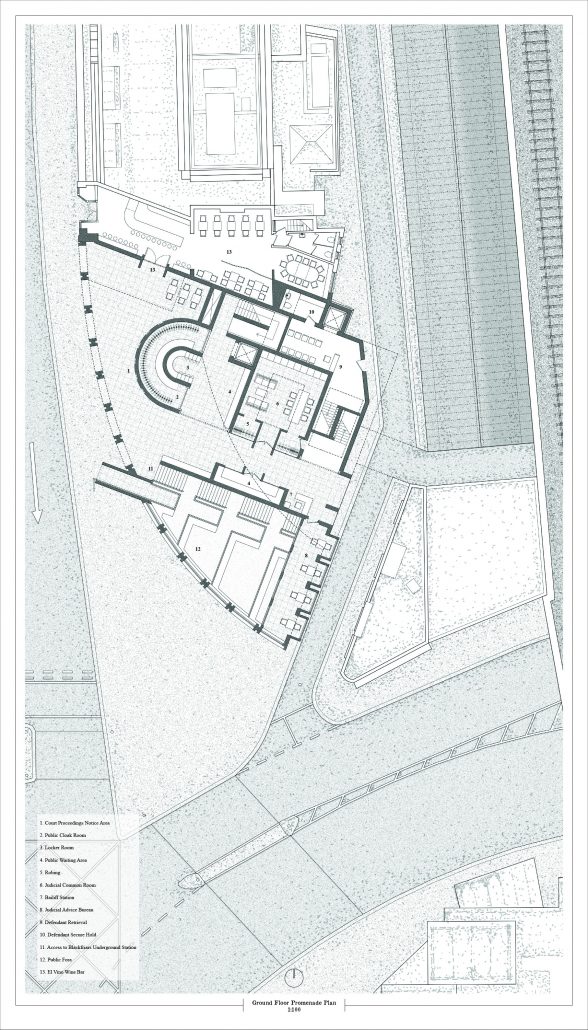 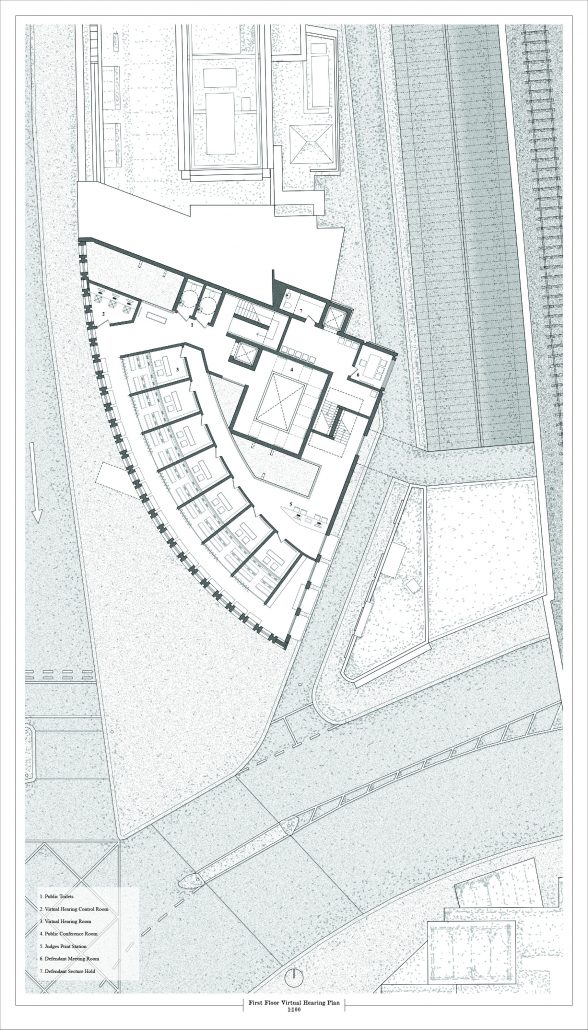 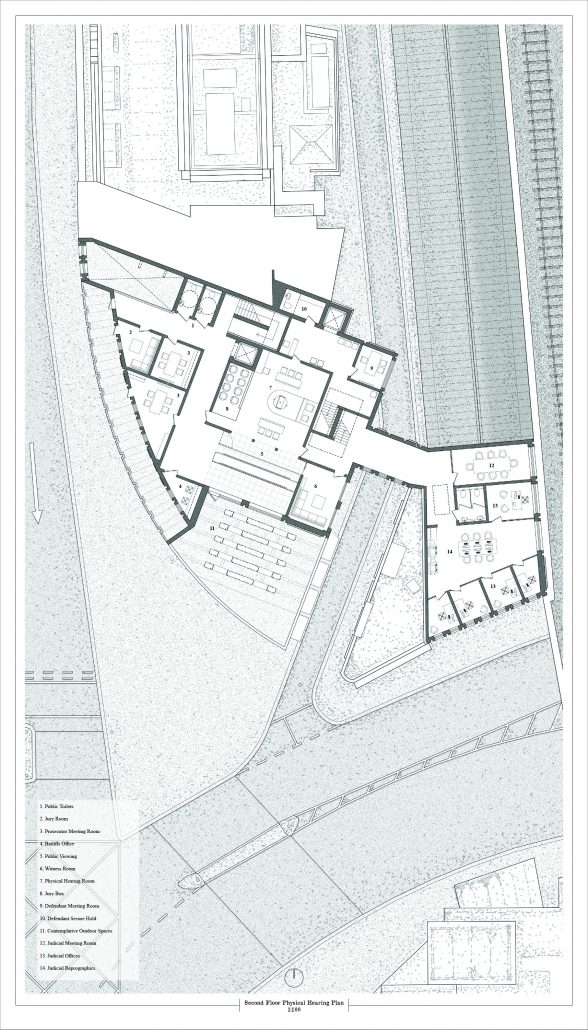 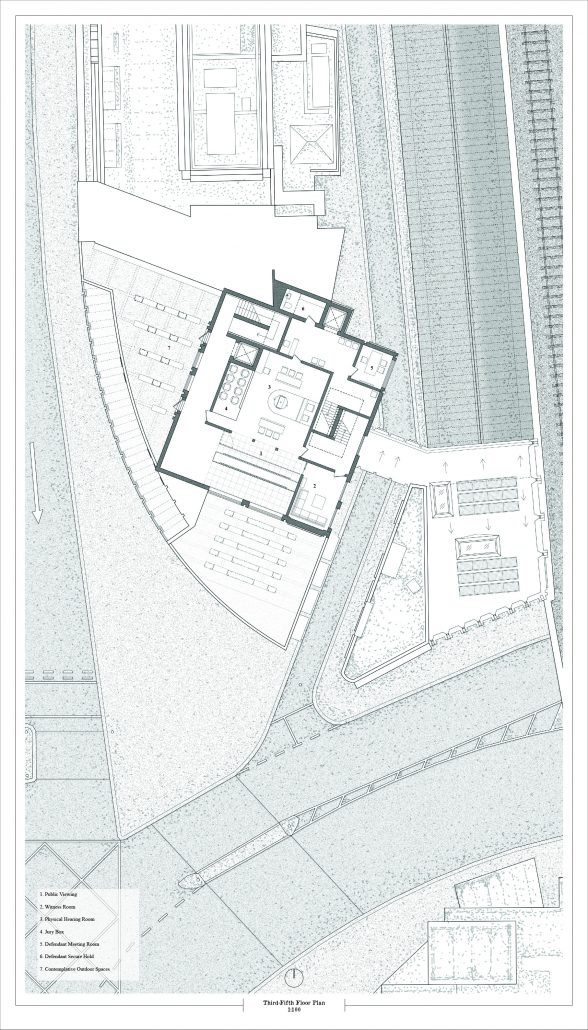 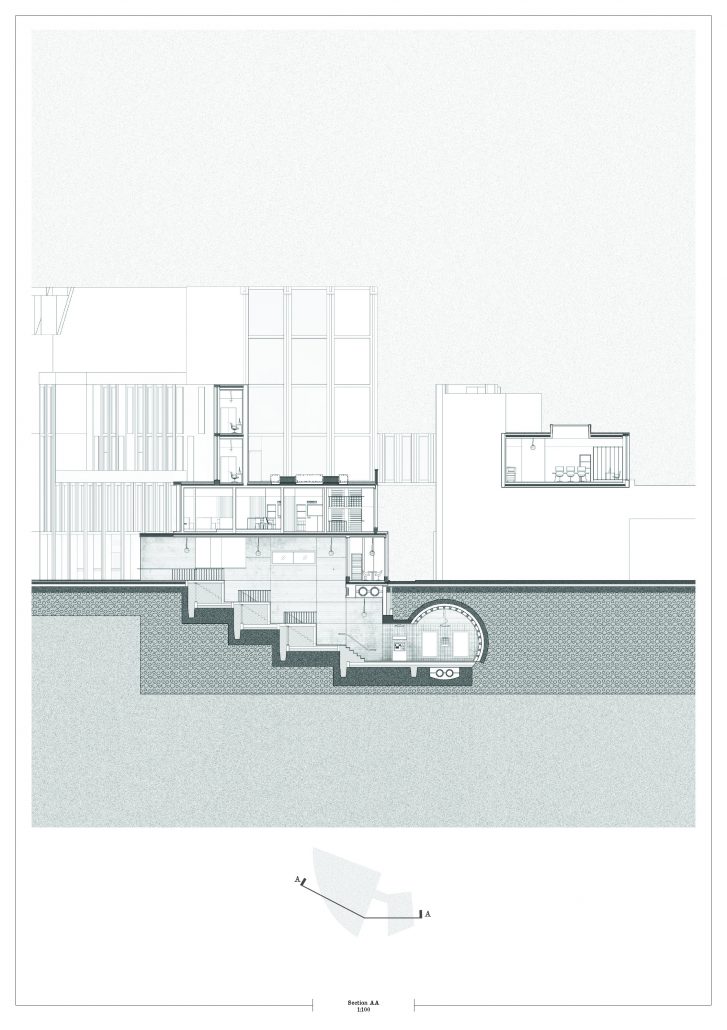 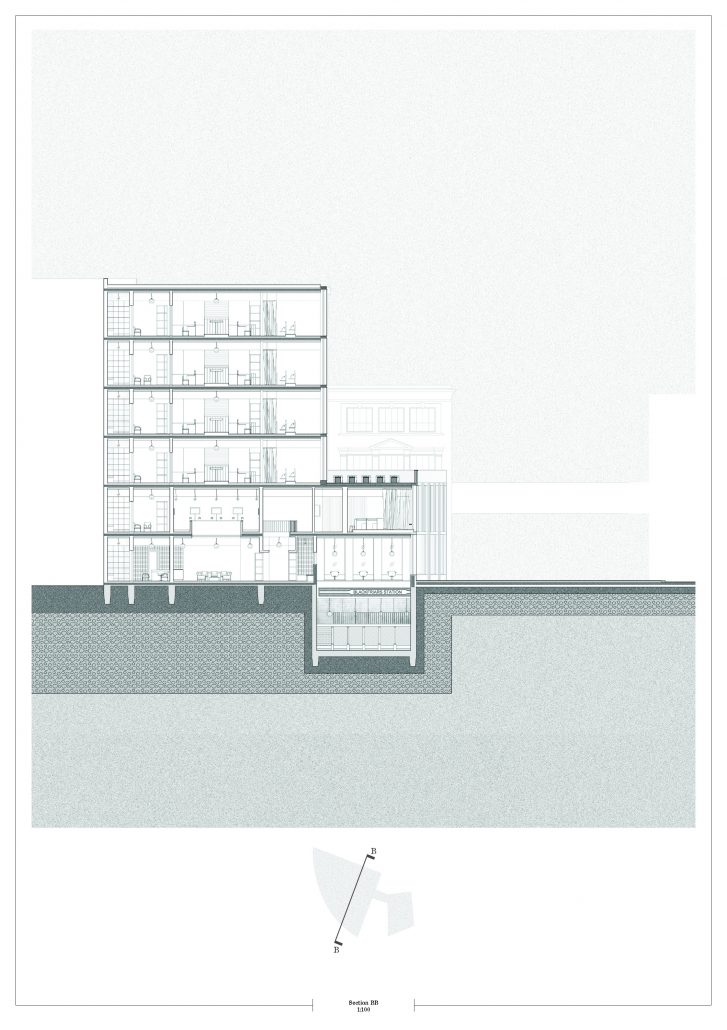 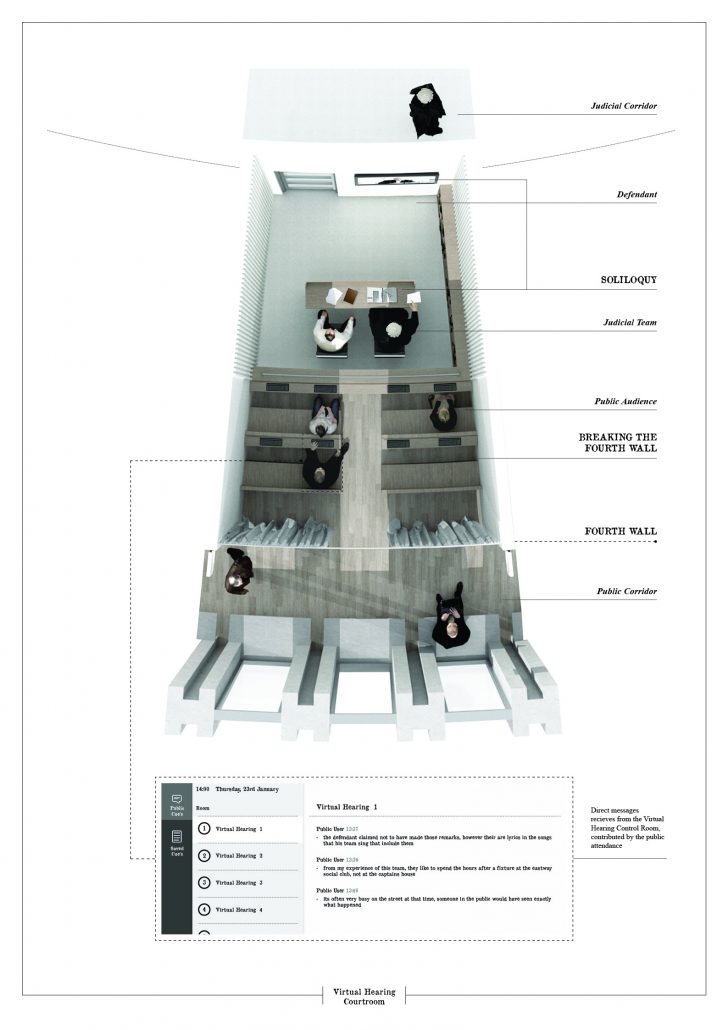 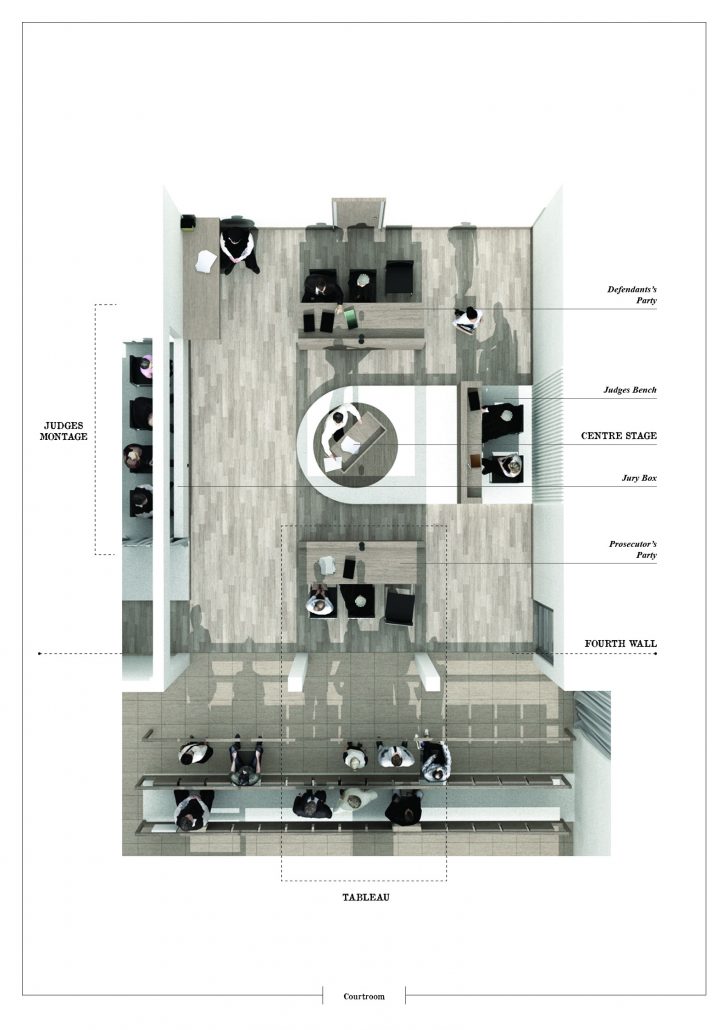 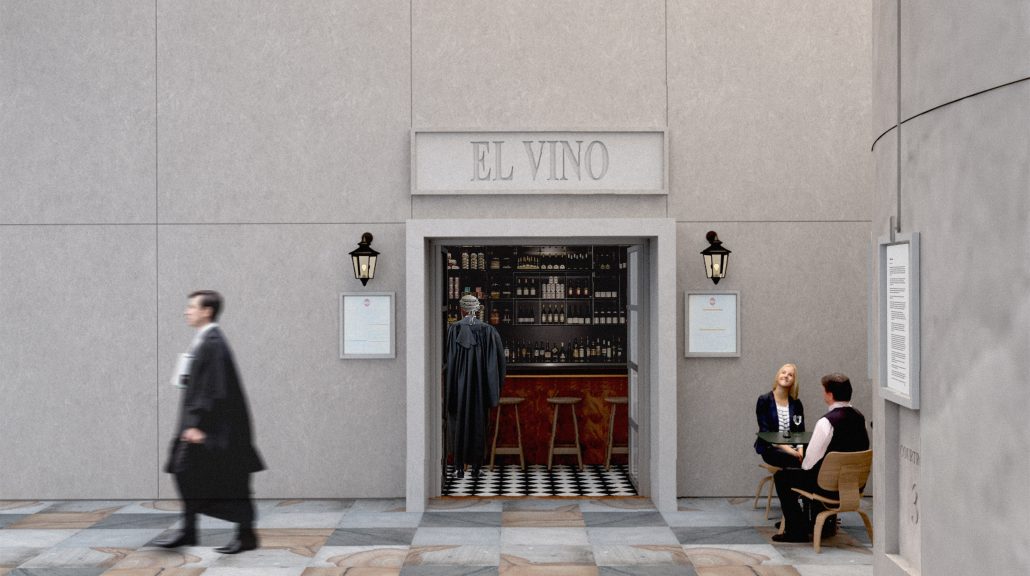 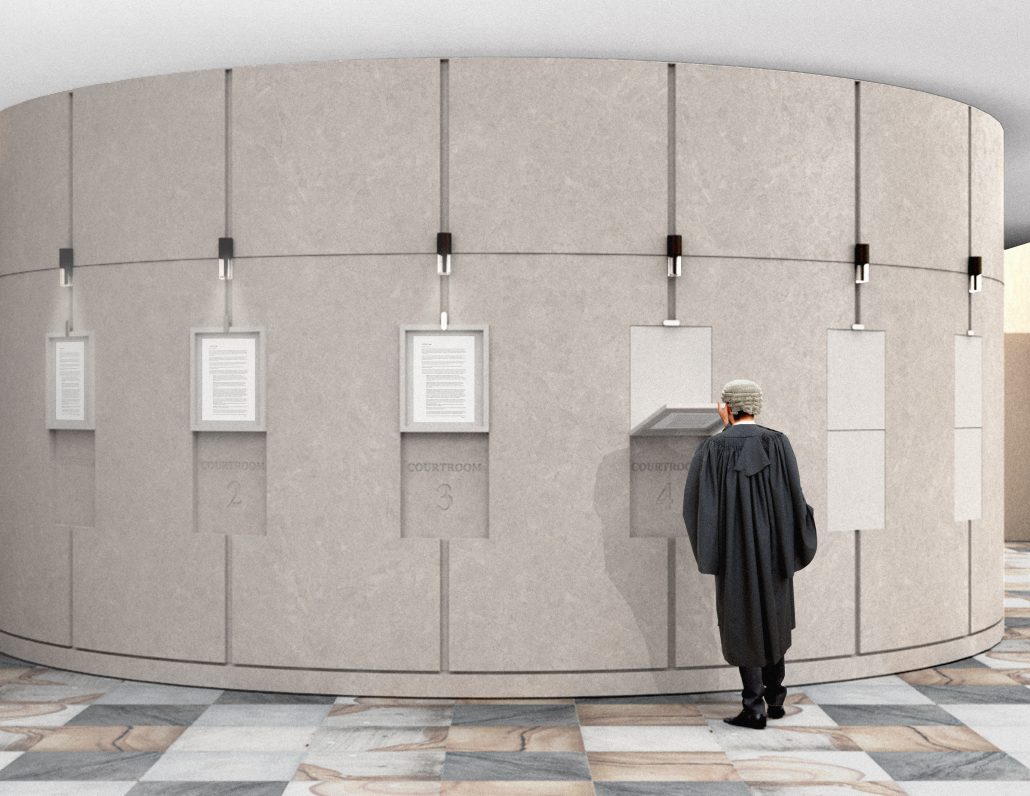 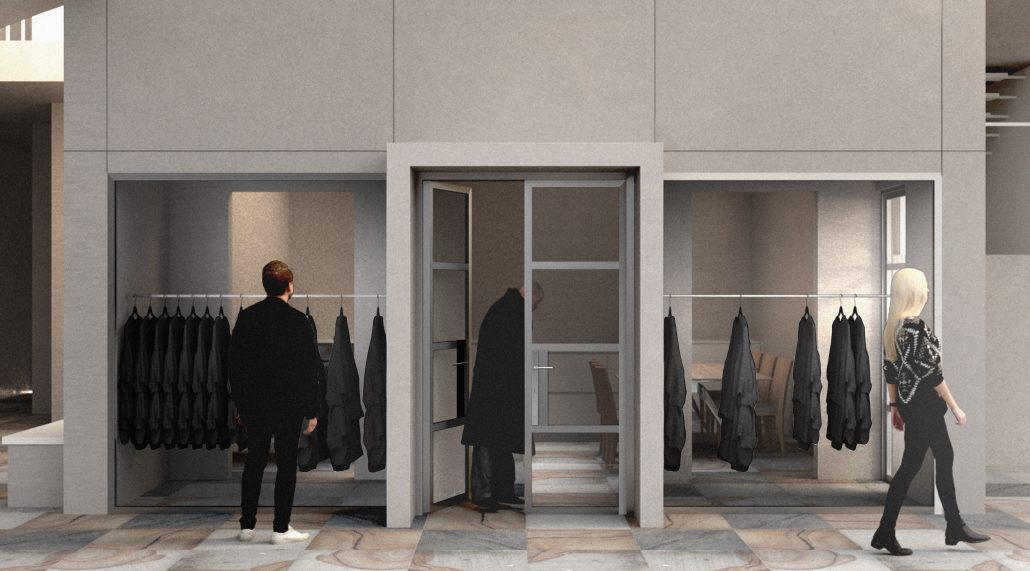 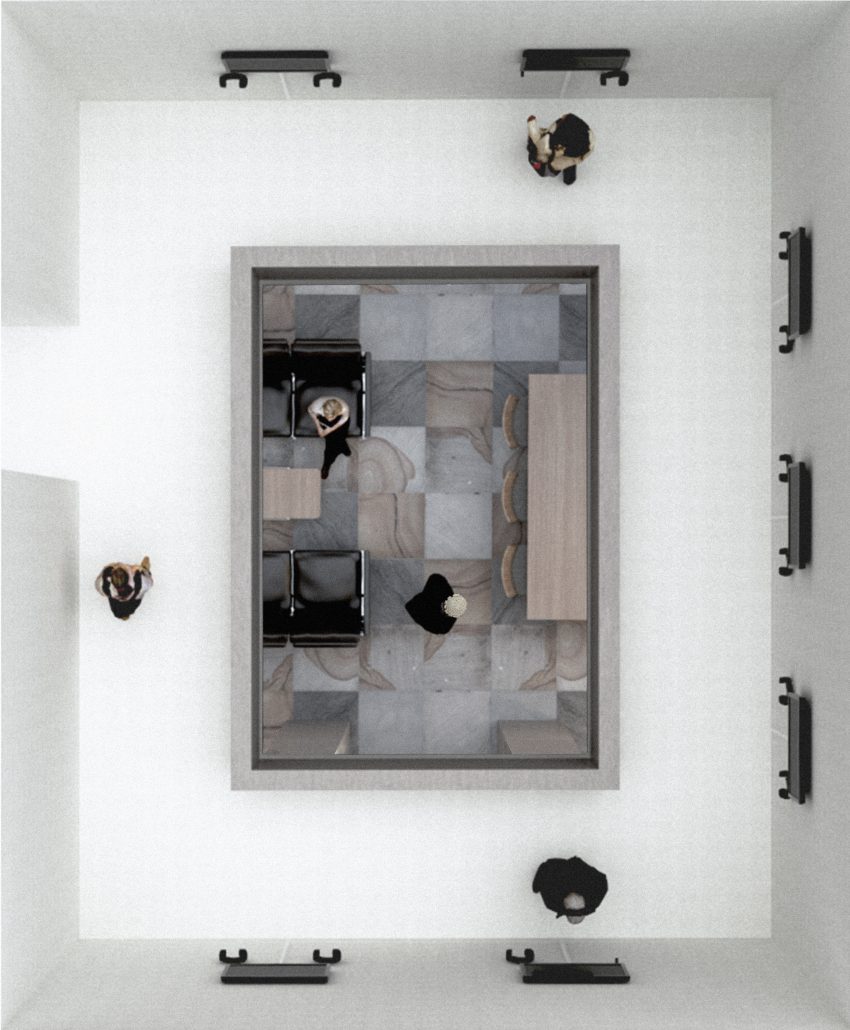 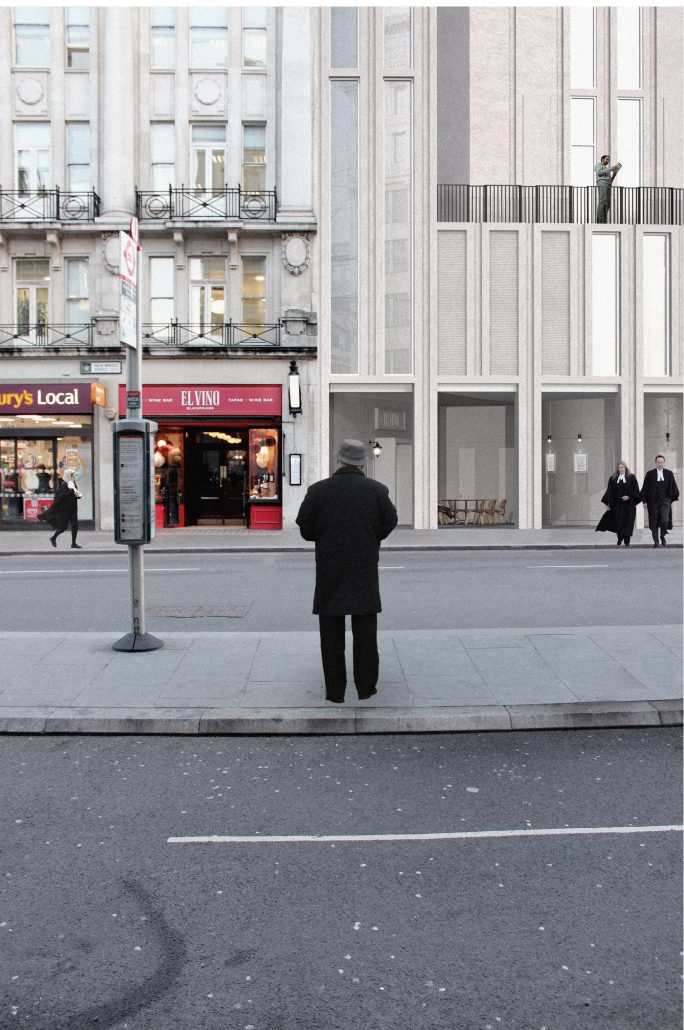 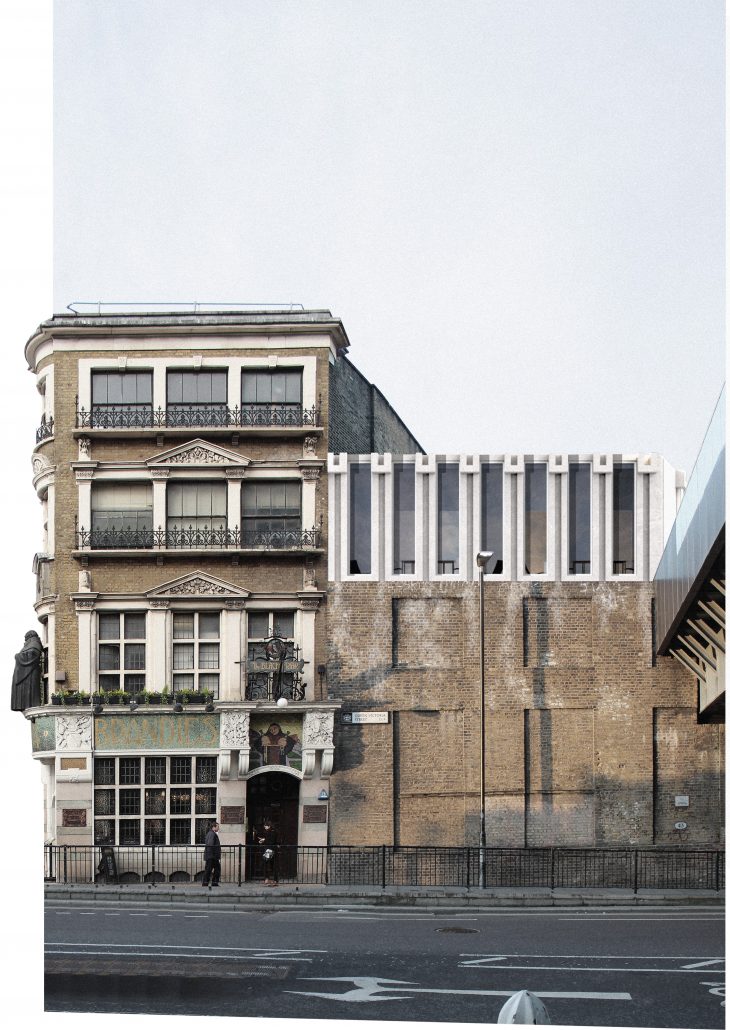 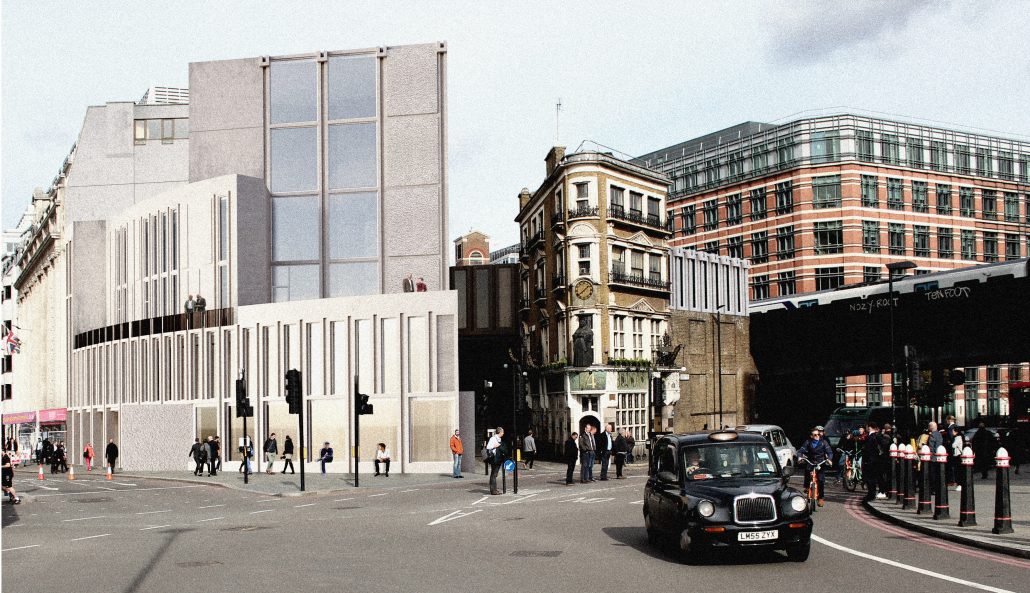