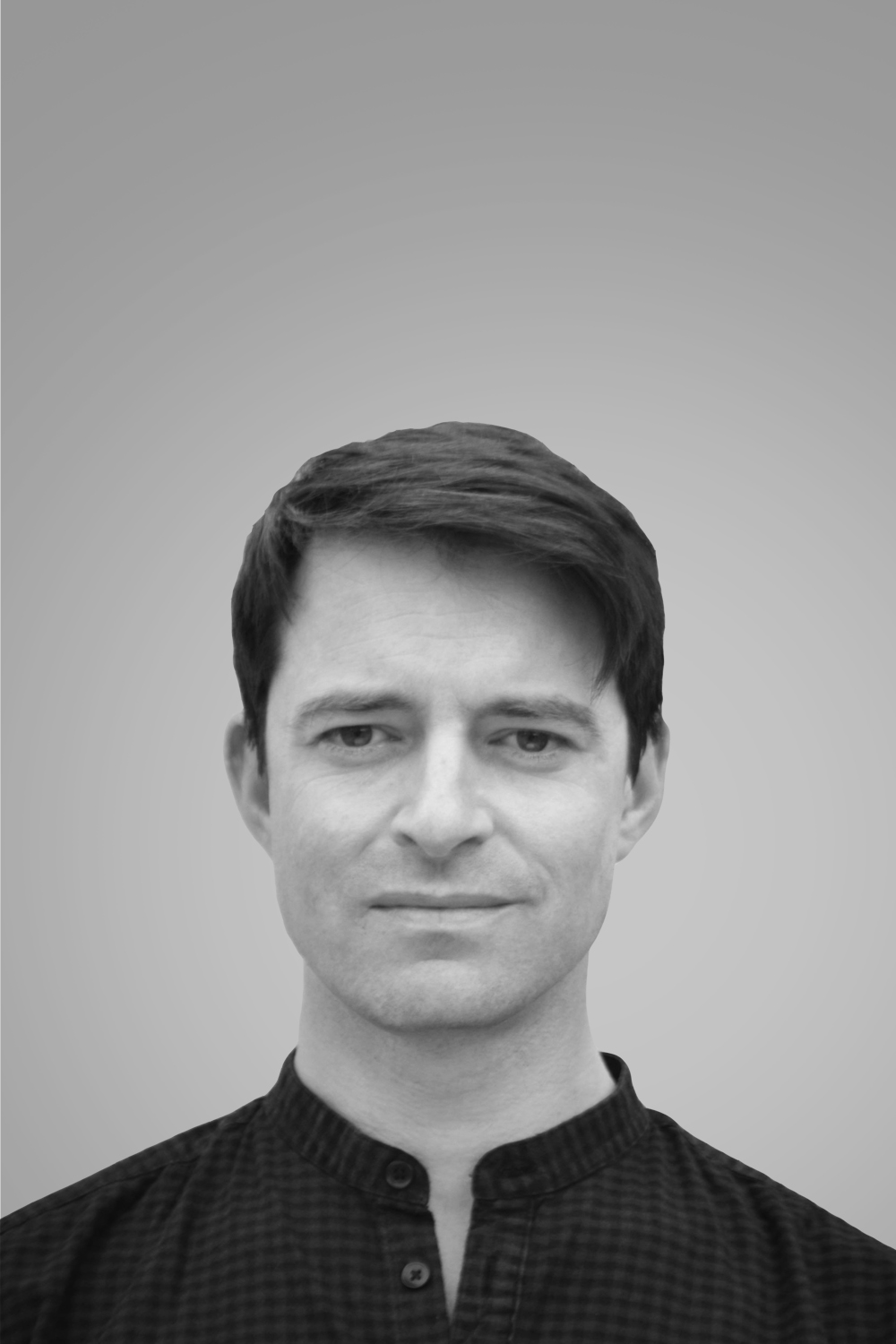 Keeping the Faith:  Rethinking a Church and its Public Space for a Twenty-first  Century Community

As Christian congregations decline the less relevant churches become to an increasingly multi-cultural and secular community. In an urban context a church may still help to define the public space, however, in a suburban context, a free-standing church and its grounds simply come to represent a void on the urban plan as fewer people interact with a mono-functional building and its collective space.

This project seeks to explore how Dublin’s suburban Catholic churches can rekindle their role as the beating heart of public life in the community. The ‘problem’ of what to do with under-utilised churches should be seen as an opportunity in the case of Dublin owing to its incredible collection of monumental churches positioned in the middle of all its housing. These iconic churches emerged during the middle of the twentieth century when Dublin’s expansion into its new suburbs occurred at the same time as Ireland was the most religious country in Europe. The intention of the project is to investigate how the transformation of the collective space of a church and its grounds might also transform the life and urban plan of a suburb and thus, sustain the church building into the future. 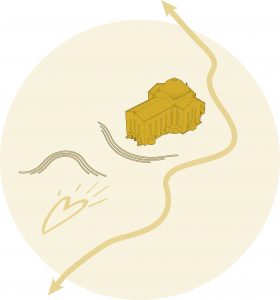 The Catholic church has historically played a crucial role in the social life of Irish people. This project seeks to draw inspiration from this past to imagine how a church building can continue to play an important role in the ordinary life of the contemporary community.

Emigration is a big part of Ireland’s cultural identity with many family members often living abroad. In addition, the cost of housing is such that young adults are unable to afford accommodation in the neighbourhoods where they grew up and must move many kilometres away from their family network. These two issues greatly fragment the family unit in an Irish context such that people need to rely on their community network for both support and companionship. A church building that performs the role of a community house could greatly reduce the negative consequences of this social fragmentation. 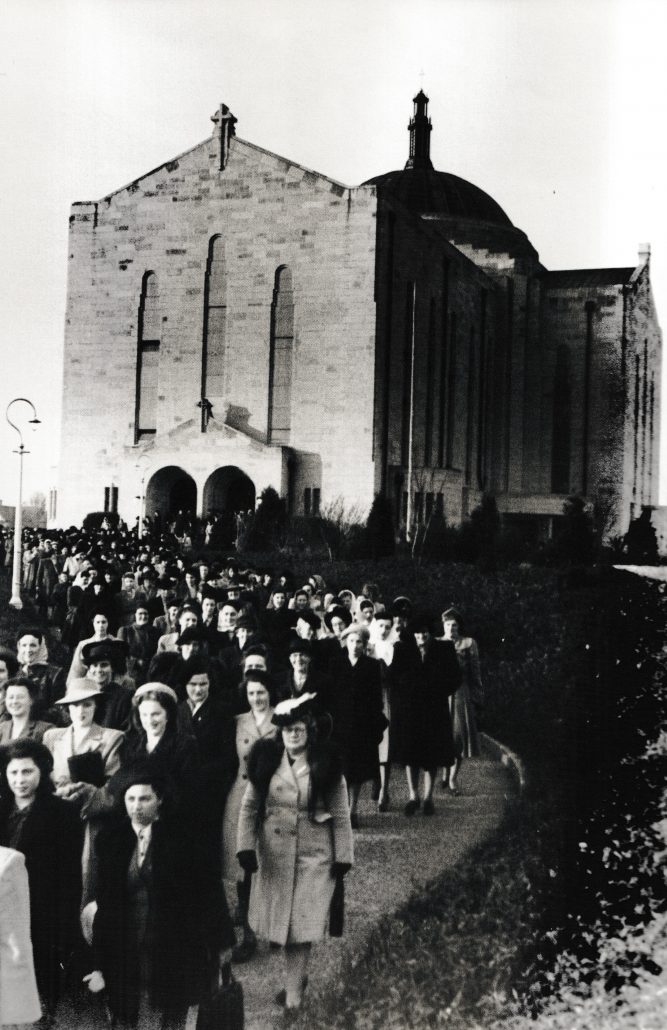 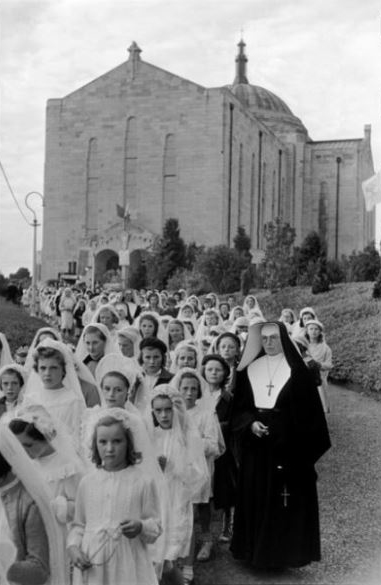 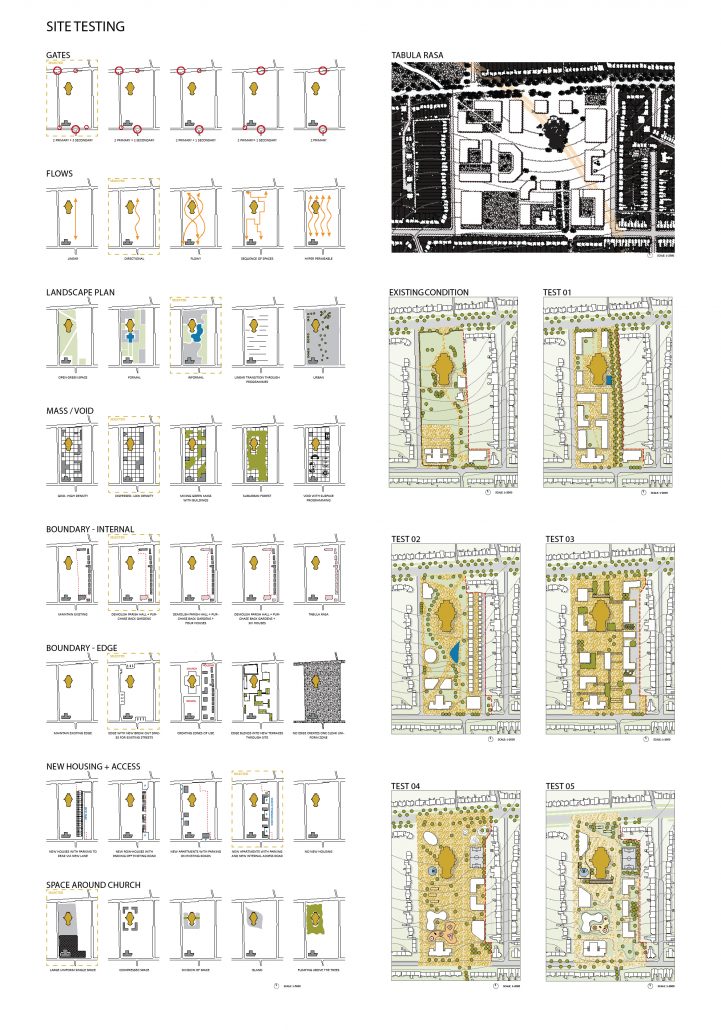 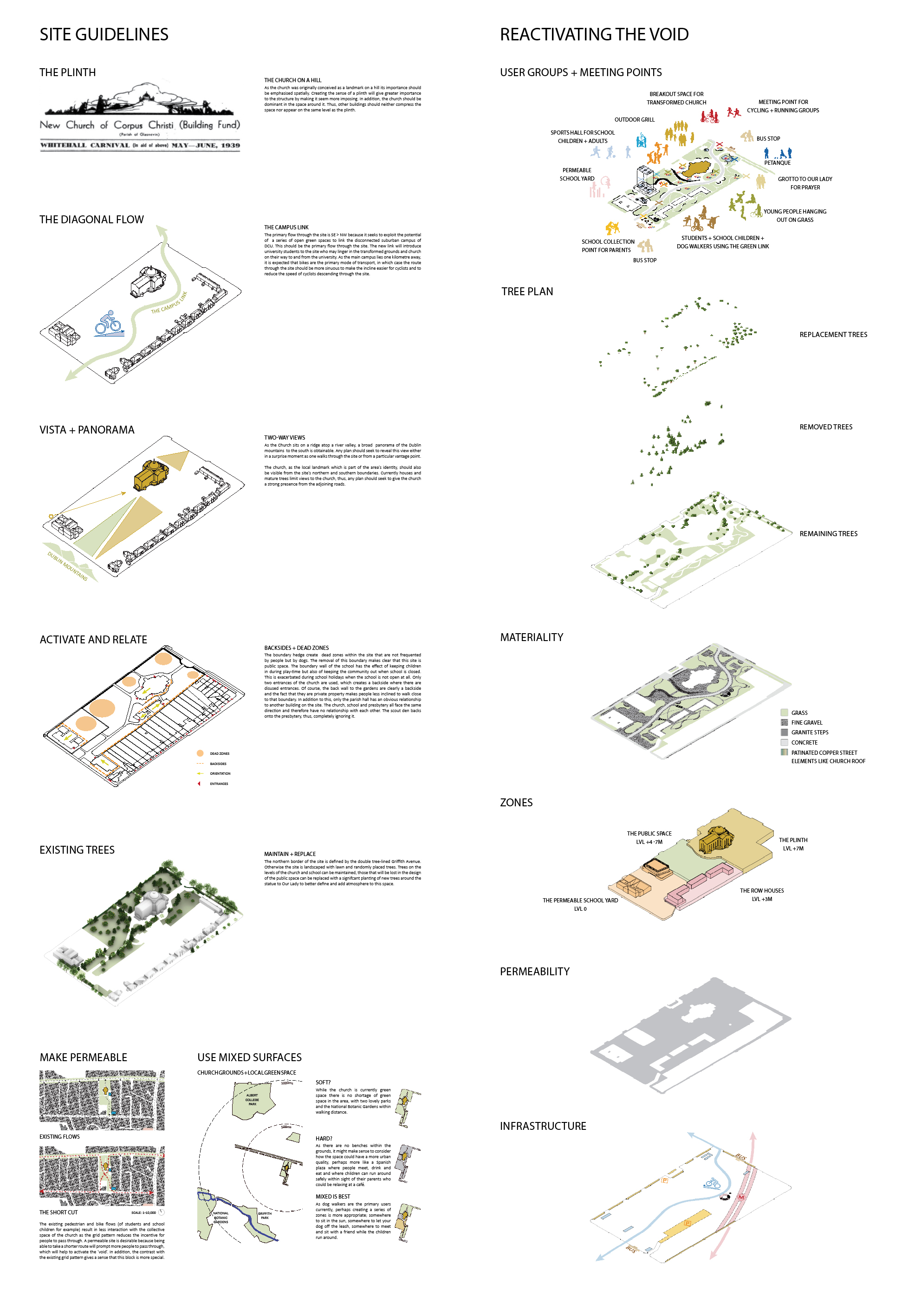 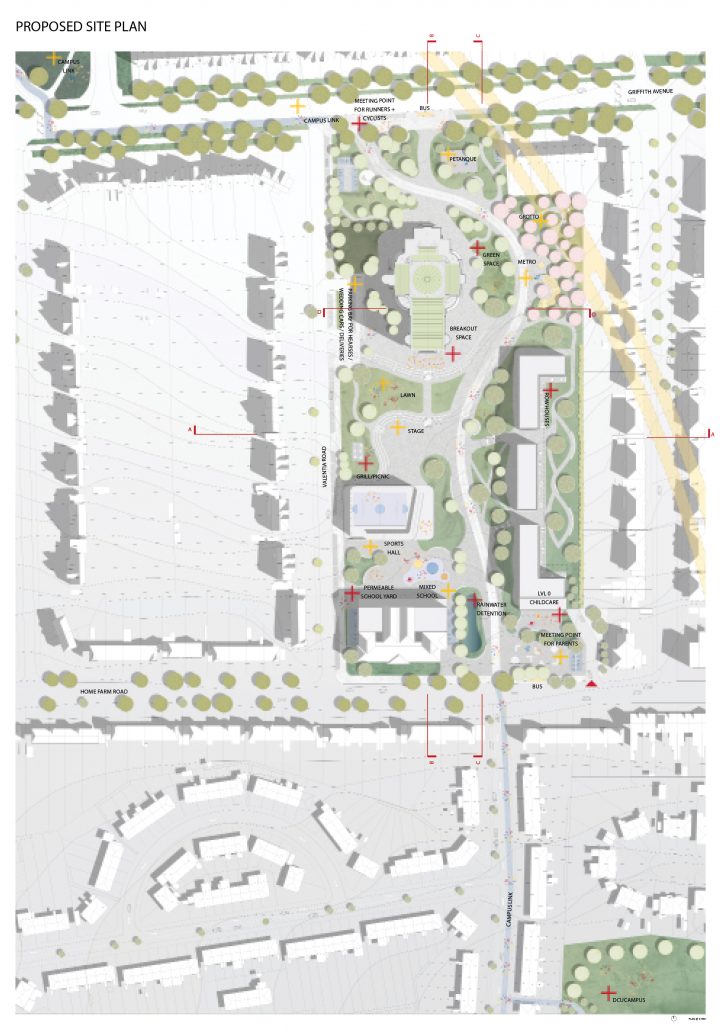 PUBLIC SPACE AS A CATALYST

Exploring a church’s future use as a collective space is simply connecting with its original use as a place to gather. It was only later that Christian churches came to be perceived as sacred spaces. Indeed, this project uses Corpus Christi Church in Drumcondra as a case study and investigates how the church’s grounds can be used as a catalyst to bring more people to the church, which will support public interaction with the building. If greater numbers will come to use the building and its public space, then it will be possible to transform people’s perception of the building. It will no longer be exclusively a place of worship for a religious minority in the suburb but a community house for both the minority and the majority of people in the area.

Transformation is the the best route to generating either the economy or financial support required to sustain this historically important, but potentially vulnerable, structure into the future. It is hoped that the establishment of new forms of public life in the environs of the church will help return the church to the heart of life in the community and thus, foster an increased sense of belonging through architectural design.

The theme of memory is important when we consider the role of the icon in the public realm. The icon’s spatial importance reflects something of our past and our identiy back to us. The monument is an integral part of the collective memory of the community and thus, future plans for the icon need to respect this past. Particularly in the case of Dublin’s suburban churches, which were fundraised for and paid for by the local community. While many people in the contemporary community may no longer have a strong connection with the parish church due to either not growing up in the parish or not being Catholic, the spatial significance of the building still leaves an impression as a local landmark and something that represents their community and thus, fosters a sense of belonging.

If we consider that the church is somewhere the community celebrates (Christmas, Easter, weddings, baptisms) and commisserates (funerals) we understand that this is an emotionally charged building where signifcant and memorable milestones occur.

The Catholic liturgical calendar is of course centred on the coming of Christ and his ressurection, however, there are lots of feast days that provide a focal point and guidance to Catholic teachings. If we consider that many or our happiest memories occur around celebrations and milestones, we understand that the church building should be somehow seen as a festive place. Somewhere people can come together and transcend time by creating memories that remain in our consciousness. 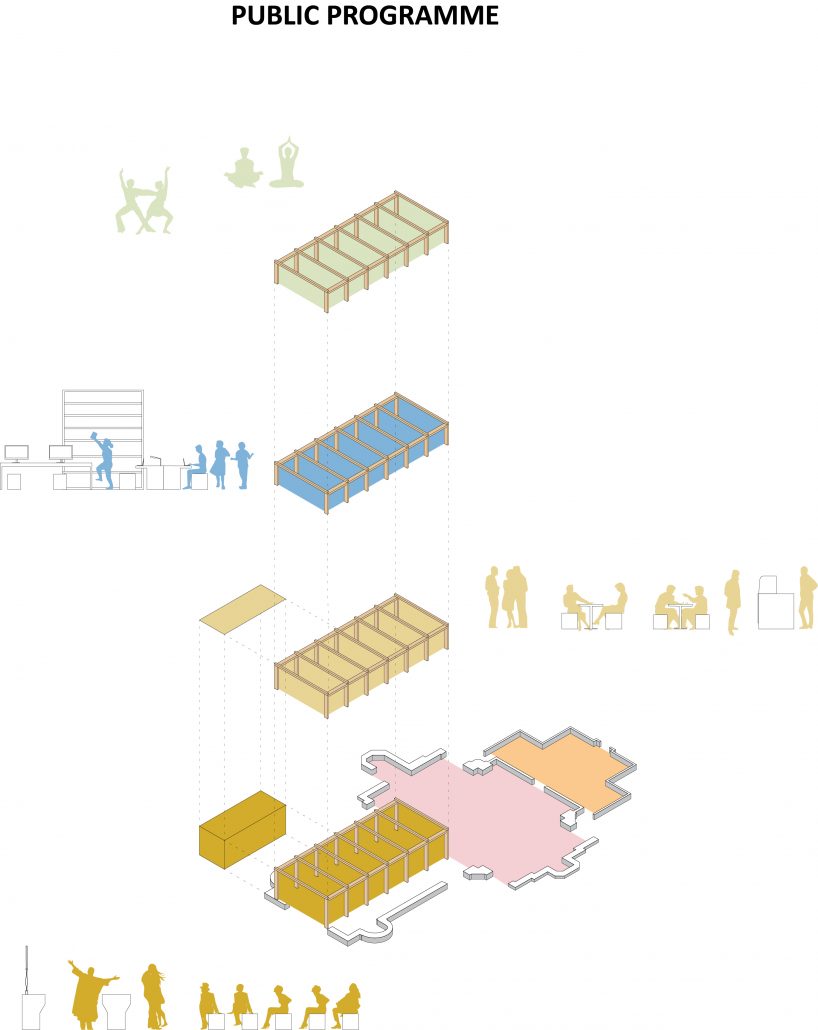 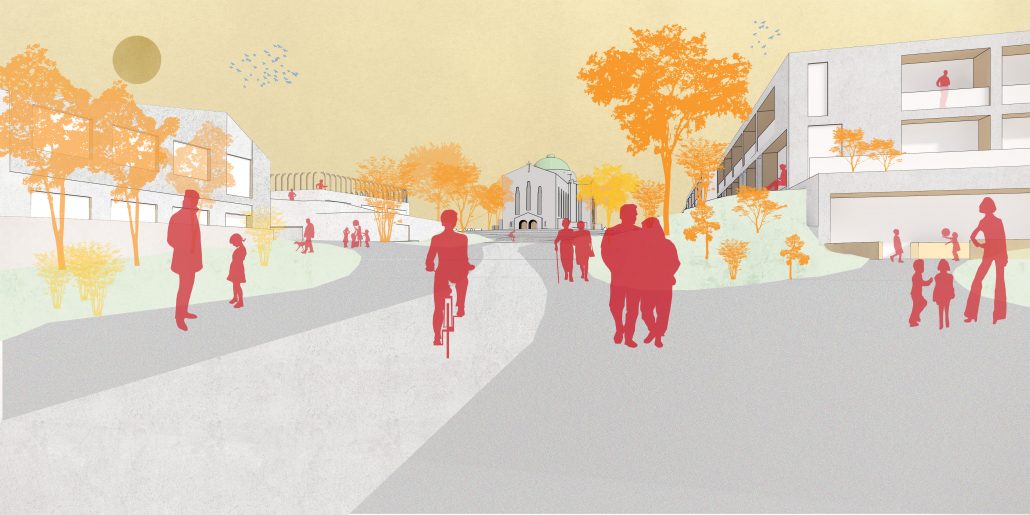 BACK TO THE FUTURE

To realise the potential of these churches, one needs simply to look to the past to understand that these buildings were as much about people’s social lives as they were about people’s spiritual lives. With loneliness now being considered an epidemic, the future of these buildings lies in their past role as a meeting place for the community. The success of Folkehuset Absalon in Copenhagen is testament to this. If we consider that these buildings are places where heightened emotions are experienced (weddings and funerals) and thus, lasting memories are created, then we simply need to harness religion’s propensity for inverting time by making days extraordinary with feast days and celebrations, rather than ordinary. Thus, the concept of a memory palace seems strong, a place where communities come together to meet, celebrate (and sometimes commisserate) and collaborate to make events full of happy memories that will continue to add to the collective memory that these churches already represent.

The divide in society these days is less between people of different faiths and more between people of faith and people with little or no faith. Thus, these buildings need to have a large secular programme to be inclusive of people with any and no faith as opposed to simply being a multi-denominational place of worship, which effectively excludes the many non-believers. Religion is no longer a large part of the majority of people’s lives, thus, it only needs to be a small part of the programme for these very large churches. A portion of the programme needs to earn some form of revenue, with which to sustain the building. However, greater use by an affectionate community will also support its future through donations and fund-raising as has occurred in the past during more religious times. The intention of any new design for the church is to improve the connection of the church to the outside world via its own public space. There is no longer any real reason for these monolithic structures to be so introverted.

The transformation of the church grounds serves as a catalyst. Reactivating the ‘void’ will not only make greater use of under-utilised public space, but it will naturally draw more people through the site and reintegrate the church into local people’s mental map of the area