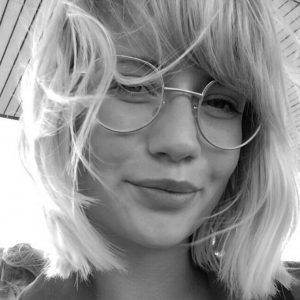 Coastal cities around the world will be challenged by both rising sea levels and increasing rainfall.

This project enters the global debate of the consequences of climate change by exploring Horsens and its surroundings in that context.

Water has always been a major part of Denmark’s history and development. With climate change, water will have an even greater impact on this development. How can we address evolving climatic conditions to our surroundings, engaging fluently with the changing conditions created by erratic weather patterns, and maybe even create added value by combining climate adaptation and urban development projects?

This project’s point of view is an acknowledgement of the need to create a landscape in and around Horsens that is fluid, responsive and evolving with climate change. The new landscape will reinforce Horsens’s identity while emphasizing existing qualities, making Horsens a more climate adaptable and environmentally friendly city. 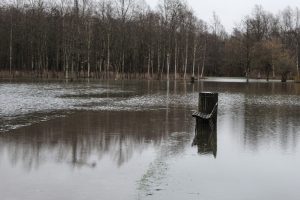 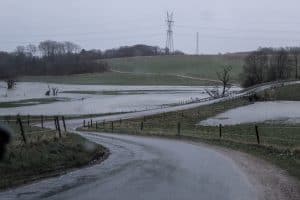 The History of the relationship between Horsens City and the water

Water has always been an important part of Horsens City, both the fjord and the water channels. Horsens only came to be due to its placement where Bygholm Å and Horsens fjord meet, making it and important Harbour city. First as a trading city and later as an industrial city. Over the years the role of the water in Horsens has changed. The fjord and the harbour still play a role as an industrial capacity and follows an urban development from an industrial area to residential. In contrast the city has lost its connection to its rivers and streams and they have become forgotten backsides of the city, separating the city in three.

With climate changes the role of the water must change

Horsens is facing new challenges due to climate changes with rising water levels and increasing flooding’s. This means the role of the city’s water channels will change. If not dealt with they will regularly flood the city. Therefore, it is necessary to incorporate the water channels into future planning of the city and turn them into active players enhancing the quality of life in Horsens

The three different scale the project moves in

Water management from the larger landscape into Horsens City

The first scale is an overall scale, where a holistic approach is used to handle water management both outside and inside the city. Outside the city the water channels will be extended and rewound. Basins or green areas that can store water from rainfall and rivers are created. This lays the foundation for new nature reserves, that enhances the biodiversity in the area and add new nature experiences for people. Inside the City the water is used to create a strong blue green network across the city by linking different areas of the city; the different recreational, green areas and the surrounding landscape. The Network is created by connecting the three parallel running river valleys Nørrestrand, Bygholm Å and Dagnæs Bæk with each other and with the existing fragmented path system in Horsens, making the soft traffic system strong. 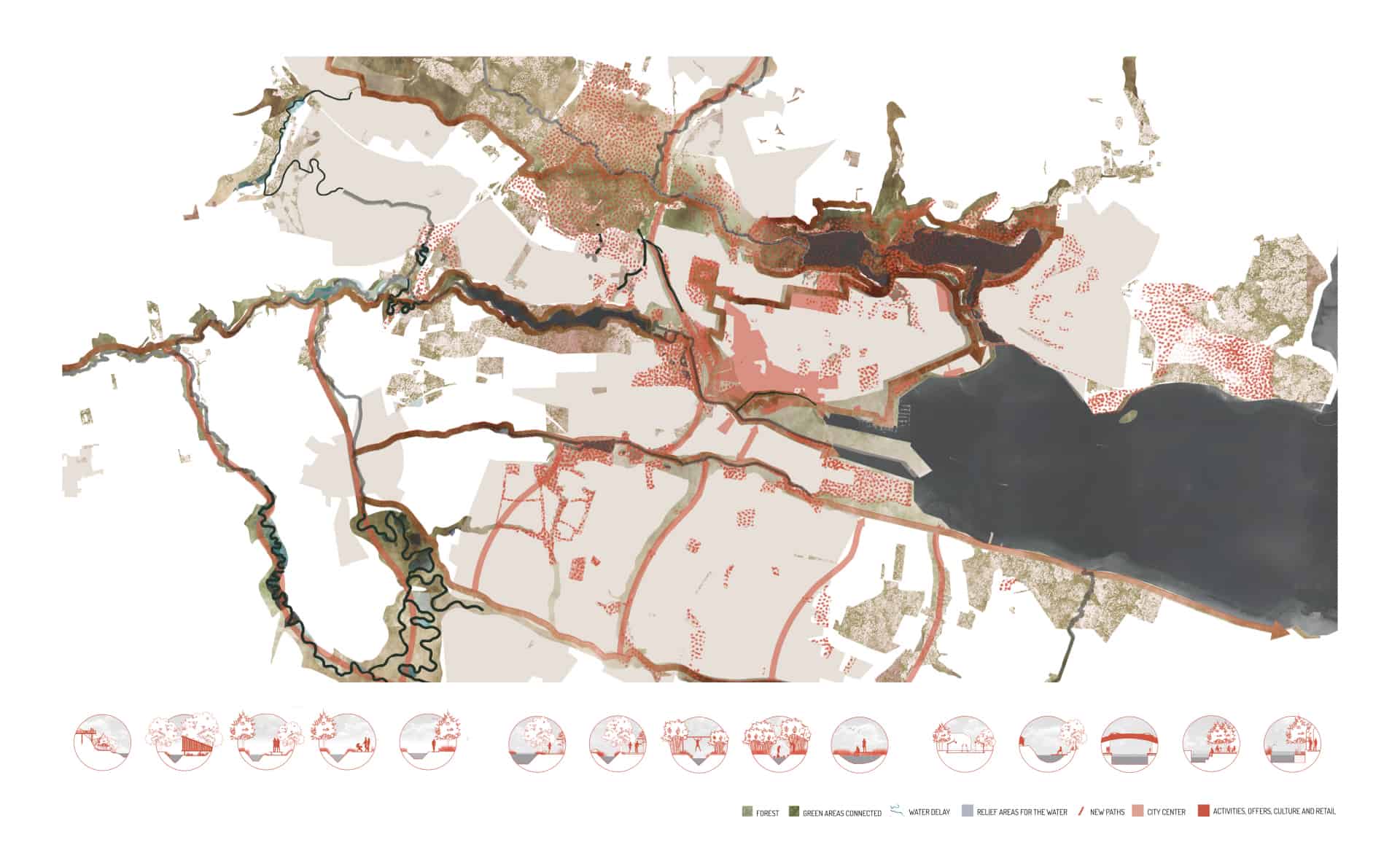 The second scale is focusing on Bygholm Å. It is chosen based on investigations done on the three backsides, Nørrestrand, Bygholm Å and Dagnæs Bæk.

Its relevance shows itself in the fact that the river runs through both open landscape and urbanized areas such as a beautiful park, The City Center and the Harbour, always running on the backside of these elements or stoved away below ground in pipes. If dealt with correctly, it can be activated and make these areas flourish, while at the same time preventing them from being flooded.

The focus has been connecting the entire river course on a diagrammatical scale, by having three zoom-ins; The open landscape called Bygholm Lake, the transition from Nature to city called Bygholm Park and the train station and last where Bygholm Å, the City and the fjord meet called Re-establishing Bygholm Å and the Harbour.  On this scale I have also worked with different forms of water management and vegetation, using plants that can handle large amount of water and ore create more biodiversity.

My last zoom in is Bygholm Park, a park area containing both several lakes and Bygholm Å, catering to a variety of user groups. The park is placed between the railway tracks and heavily trafficked roads disconnecting it from the City. A large area between Bygholm Å and the rails is currently disconnected from the park. This disconnection will only become more prominent during more extreme rainfall, flooding large areas of the park. Next to the station lays a piece of bare land formerly used for handling freight trains. Small part of it is used as parking lot and the edges of the area is lined with thicket filled with wildlife. This area also struggles during excessive rainfall. A new University Campus being build next to it has pointed out the area for potentially expanding campus ground.

My strategy is to use the water management to connect the park with the city centre. This is done by extending Bygholm Park across the train tracks to the city. Making Bygholm Park the hinge that connects Bygholm Å’s countryside with the city. The park extends to the former freight train area and becomes a more urbanized park, useable by campus for future expansions. Both sides of the park deal with water management on the surface using different strategies depending on the character of the park.  This is shown both in the plan of the park, the sections and the illustrations. 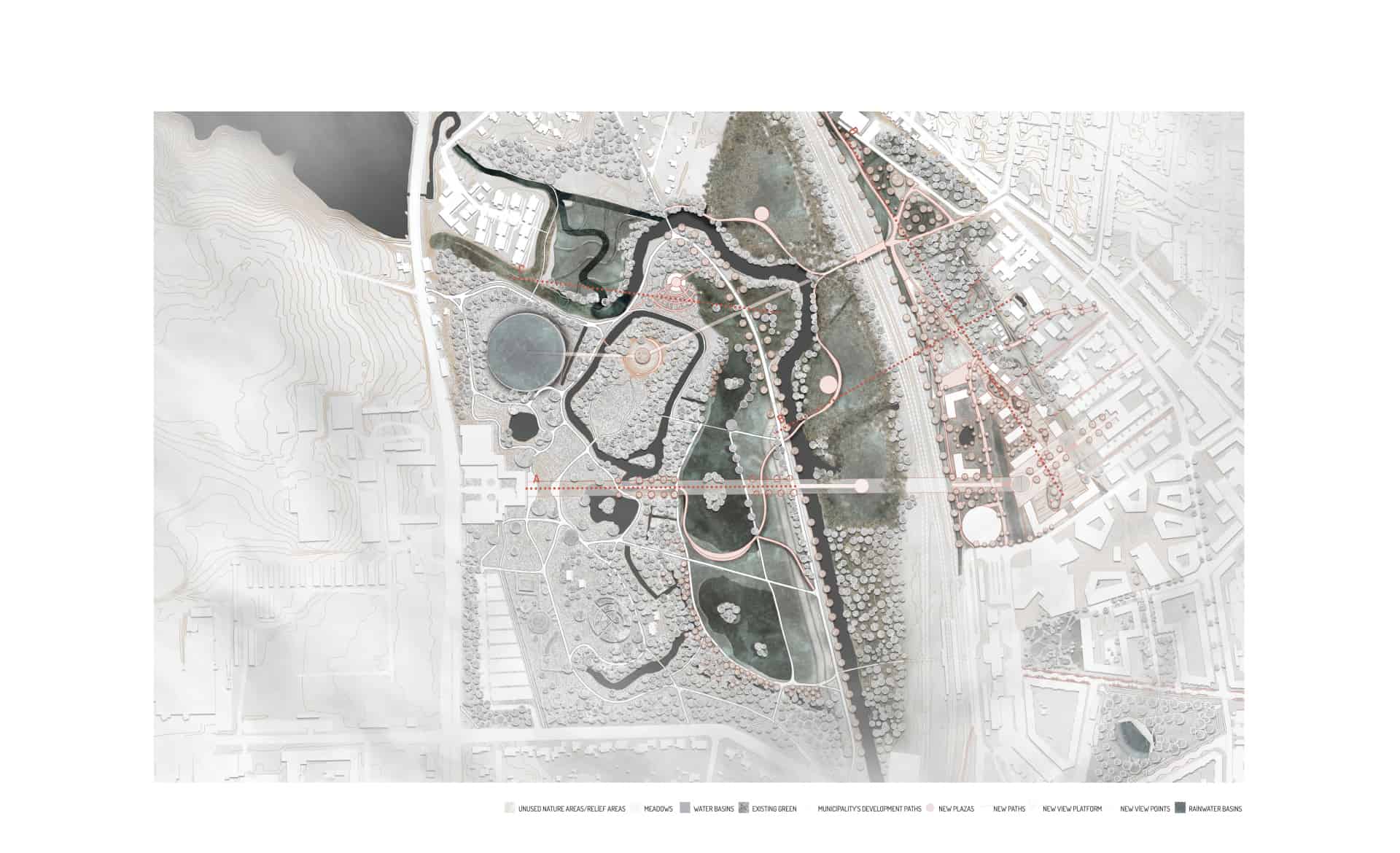 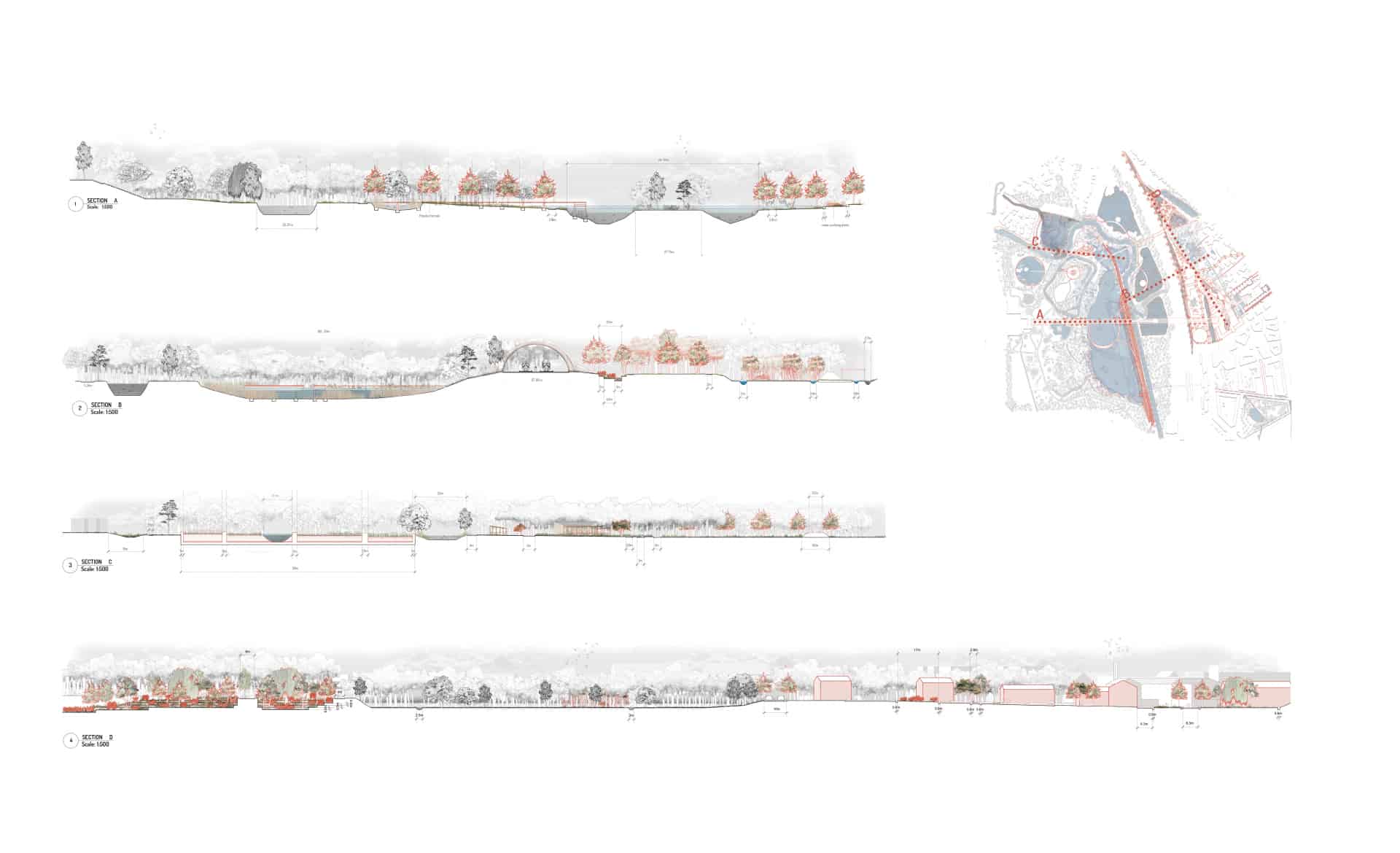 My strategy in this project has been to work with climate change instead of against it, by using the three backsides of Horsens to connect the city on the largest scale. The same strategy has been used on the scale of connecting Bygholm Å with tree zoom ins Bygholm Lake, Bygholm Park, and the train station and Re-establishing Bygholm Å and the Harbour.  Finally, it is used in the closest scale Bygholm Park: The hinge – to make the park better connected to its surrounding context and connecting different areas within the park. By doing this I have sought to create a landscape outside and inside the city that is transformed to handle climate changes.