beyond profit: rethinking the community and its role in the development of risskov brynet

The thesis attempts to better understand the role of the community and the value of engagement to better inform the design process. A series of workshops, interviews, online forums for discussion and questionnaires have been used to both inform the direction of this research and to also inform a project which aims to critique the current standard of community engagement in Risskov Brynet.
Architectural discourse constantly refers to the context for every project but all too often the social context is either overlooked or simply assumed. The result is an architectural landscape that attempts to respond to a broad spectrum of residents but instead appeals to no specific group. The current residents stay for an average of two years before they move on, leaving behind vacant apartments and a semi-formed community.
This project tackles the issue of community engagement by creating a habitable structure, supplemental to the existing Broloftet buildings to allow for more moments for community interaction and broadens the interpretation of living space. The structure allows for the reuse of existing tubular components such as scaffolding poles and can be adapted by the community to form the spaces and connections they require. 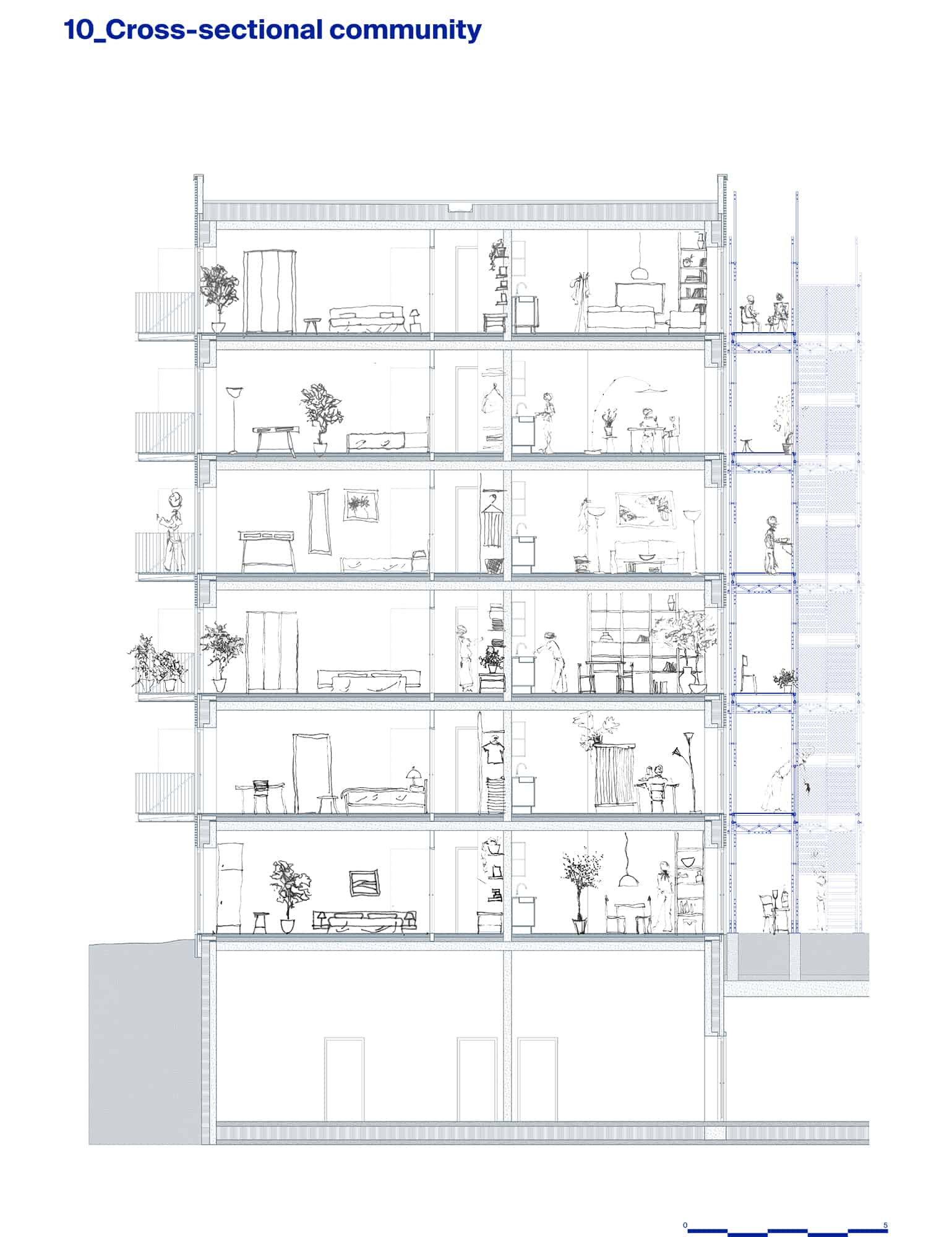 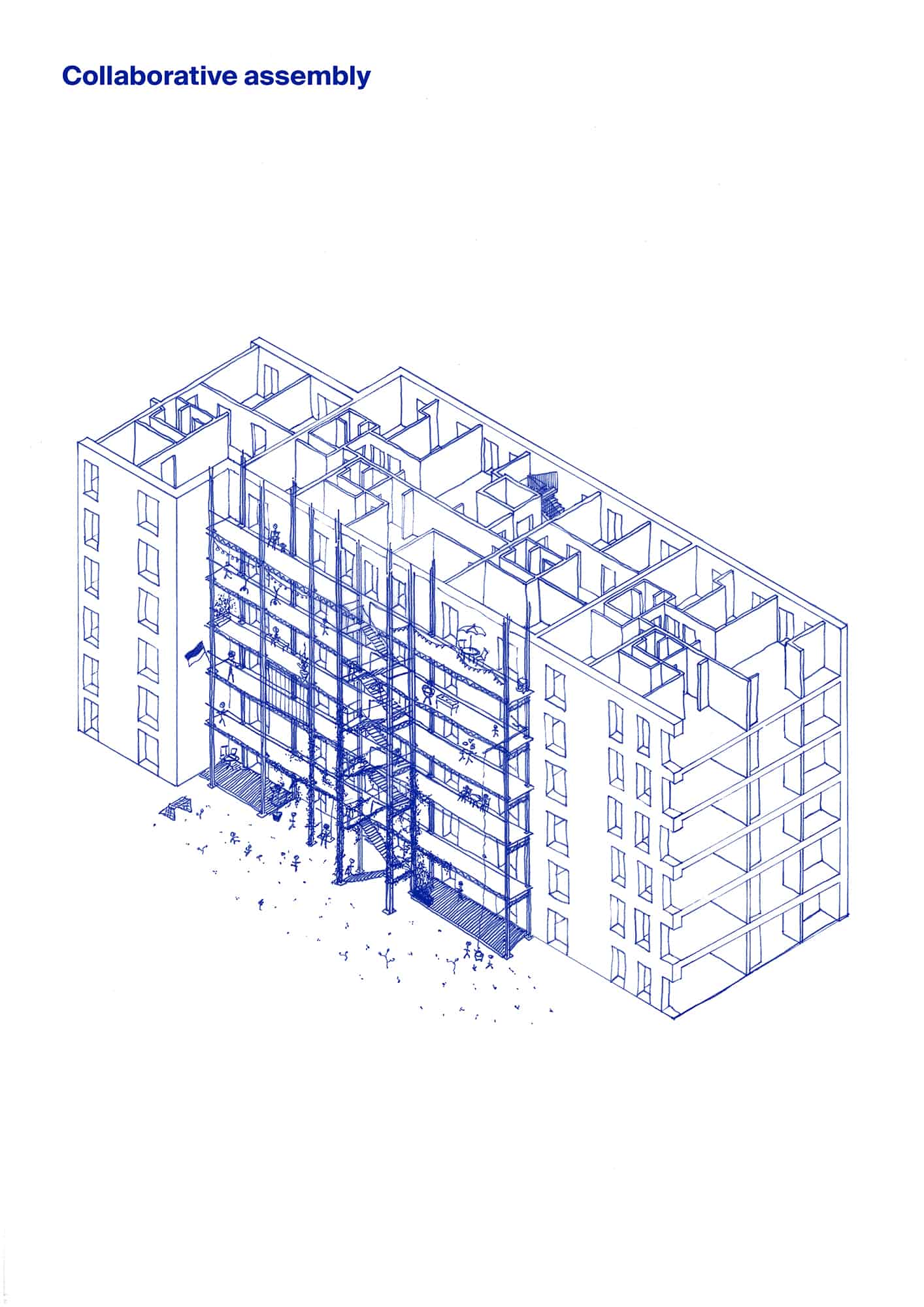 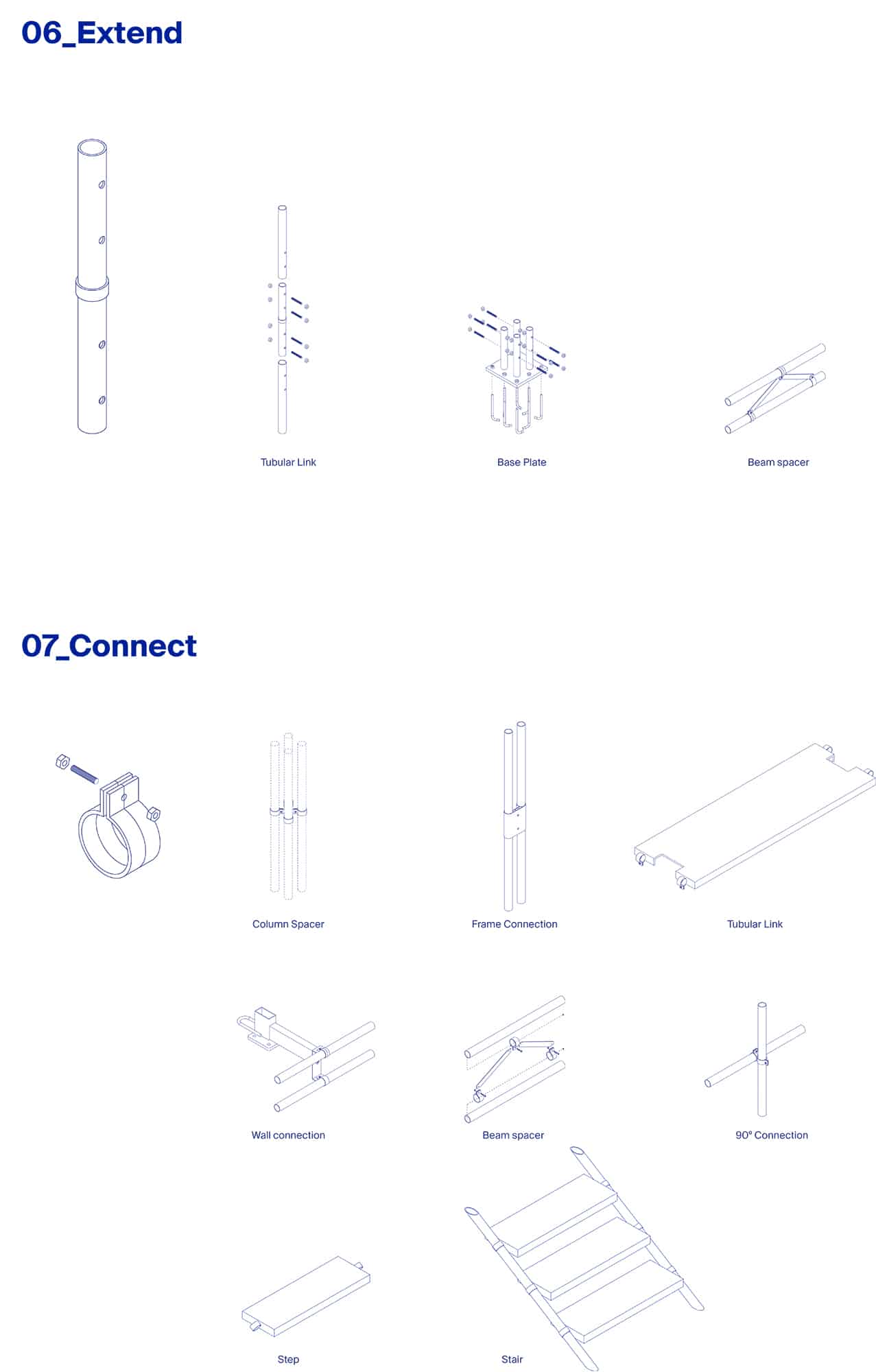