Enacting the Void: Theatre of Otherness at Jagtvej 69, Copenhagen

’Enacting the Void’ is born out of a fascination with the stories embedded within the void of Jagtvej 69, which has stood empty for the past 15 years, always looking back at the tragedy of a past life. An architecture of storytelling is proposed, exploring how the programme of theatre, as both the act and space of storytelling, can grow out of the fictional, historical and existing memory of Jagtvej 69, and invite the creation of new stories of enact the void.

Jagtvej 69 exists in the cultural imagination as a place of otherness - a once eccentric destination uniting marginalised groups in Copenhagen through activism and performance. The Theatre of Otherness seeks to celebrate difference and diversity characteristic of otherness, through the re-imagination of a theatre typology that provides a set of stages supporting a multitude of performances. Johns Theatre, an activist theatre company focusing on representing those othered in theatre, are imagined as the custodians of the building - giving them and other creatives like them a home to showcase their work and collaborate.

Citing references in Teatro Oficina, Shakespeare's Globe and Bertolt Brecht's Epic Theatre, the unconventional theatre reimagines spatial relationships between audience and actor, majority and minority, and innate and enacted performances. The main performance space gravitates between a stage and public space, embracing the acts of the street and inviting people to take spatial ownership of Jagtvej 69. A further sequence of stages of varying levels of openness reference how the building is akin to a performance - both create situations that bring people together with a focus on details to allow the acts of life, both planned and unplanned, to flourish. 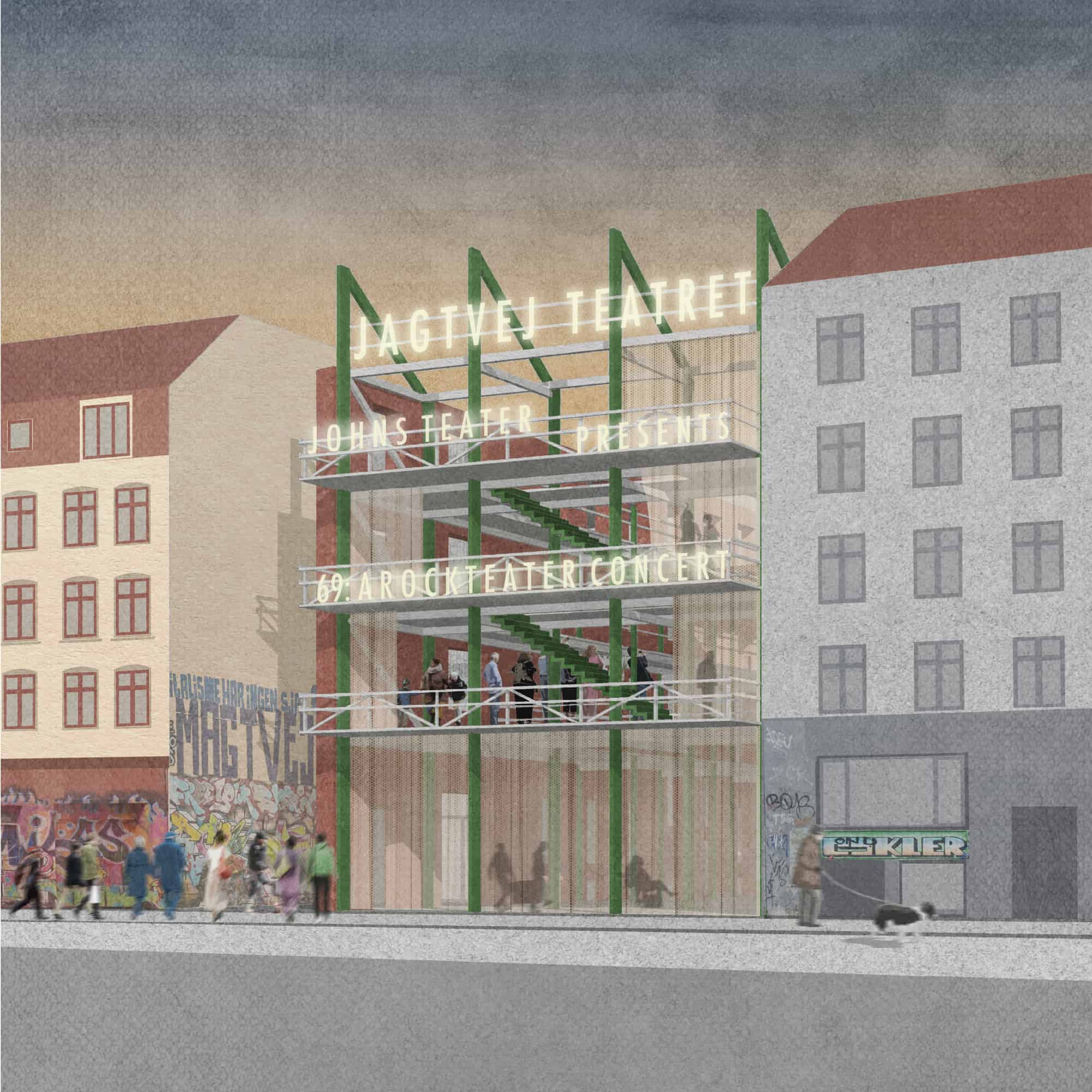 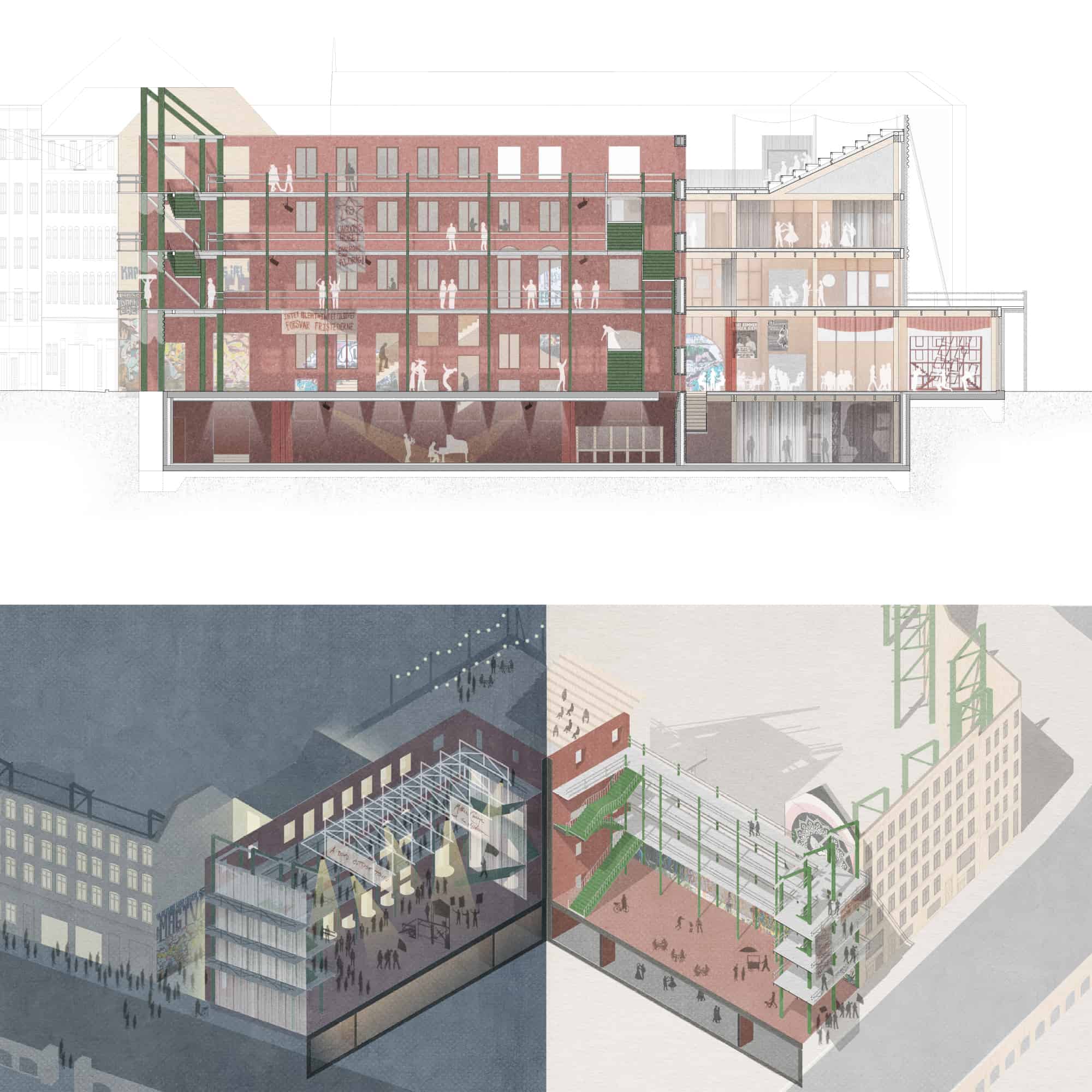 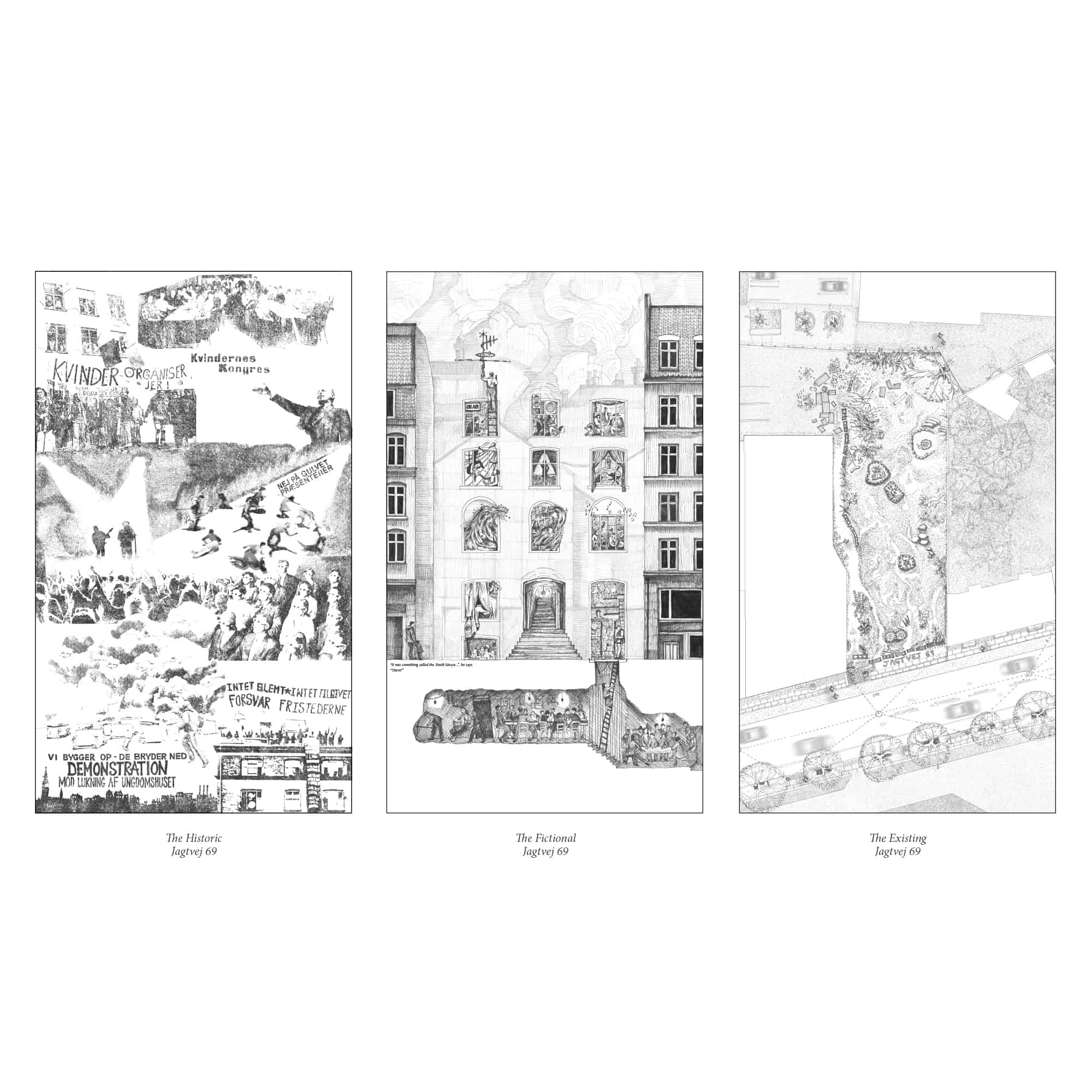 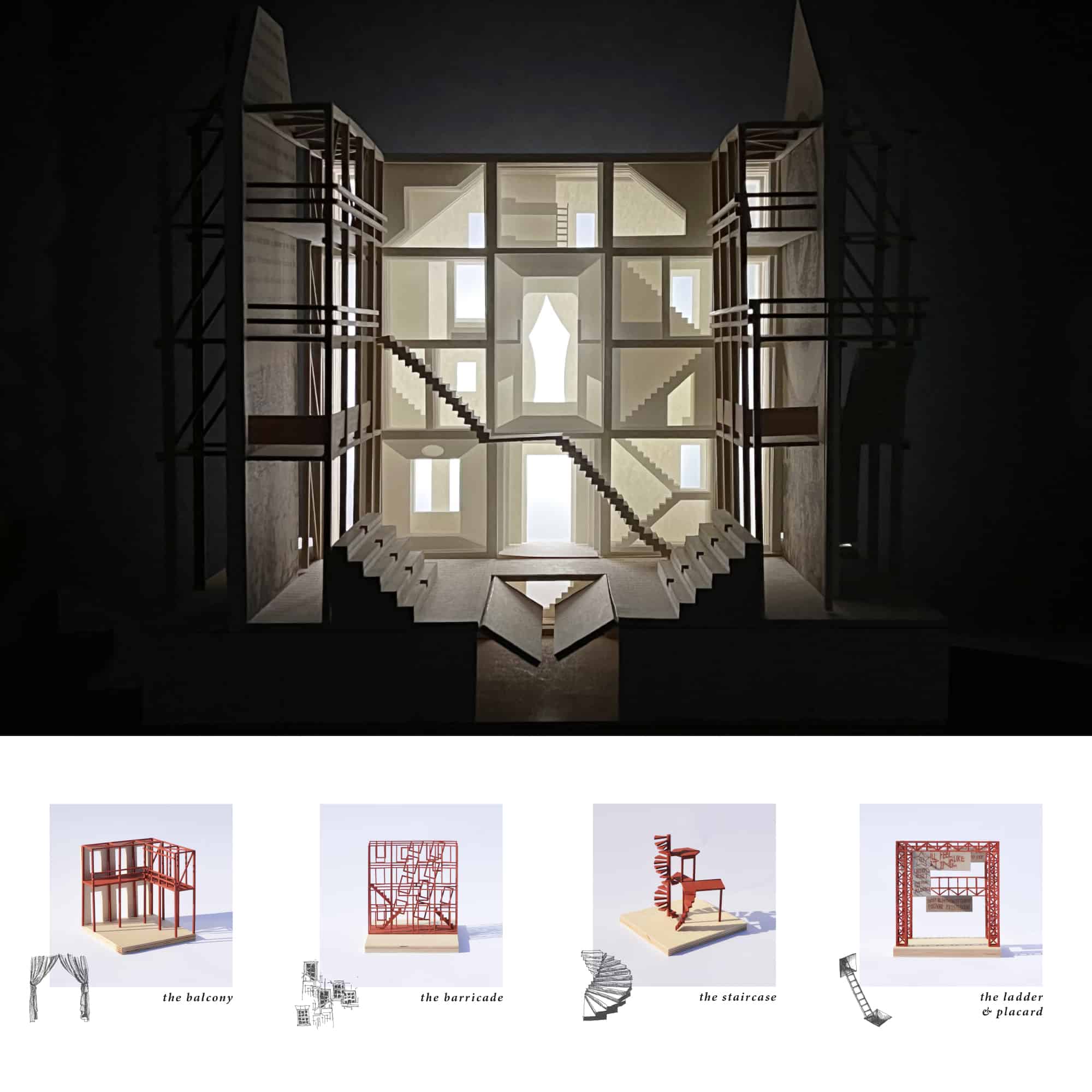