Dwelling and Time - A Bricoleur's Almanac

There seems to be a tendency in society today, to rely on instant results in many areas, even when it comes to housing. It is easy to buy a brand-new standardized home that will be finished within months, or to get qualified for a large loan to buy an existing one.

The aim of this project is to explore an alternative approach to becoming a homeowner, to discuss the stationary structure of the single-family home.

Going back and forth between designing and building, might lead to more economical freedom and flexibility in a project, as it is being built in steps rather than one act. This allows for a postponement of decisions, welcomes changes - and to a greater extend enables the project to accommodate materials of varying availability.

The project deals speculatively with the process of buying and preparing a plot, obtaining materials, building, rebuilding, and adapting a house.

The site could be seen as an allotment and an orchard in its early stages, that would simply consist of visits and caretaking. Like tending to a garden, but simultaneously preparing it as a building site. That would then later turn into a single-family home, consisting of a series of buildings with different functions. 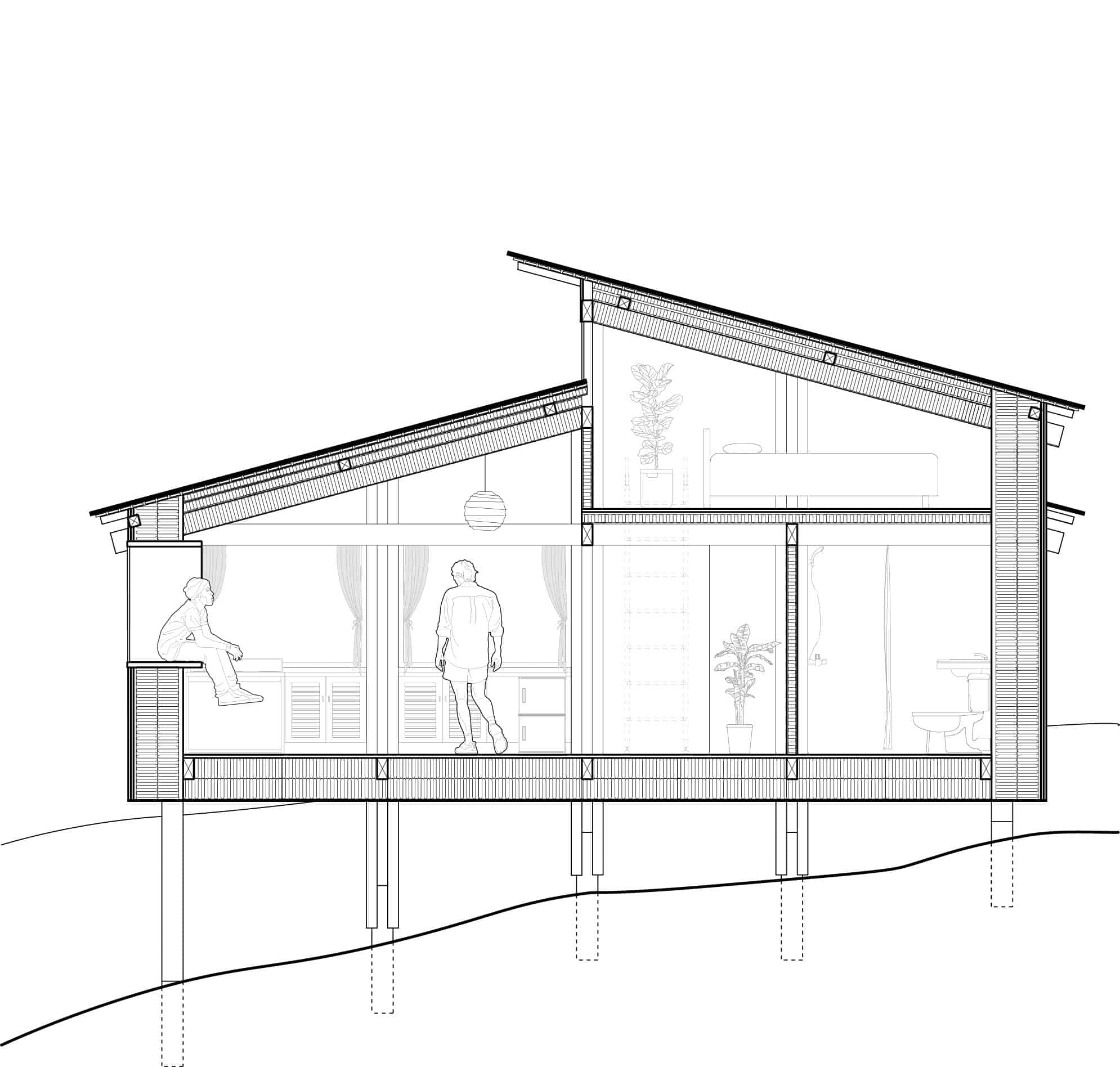 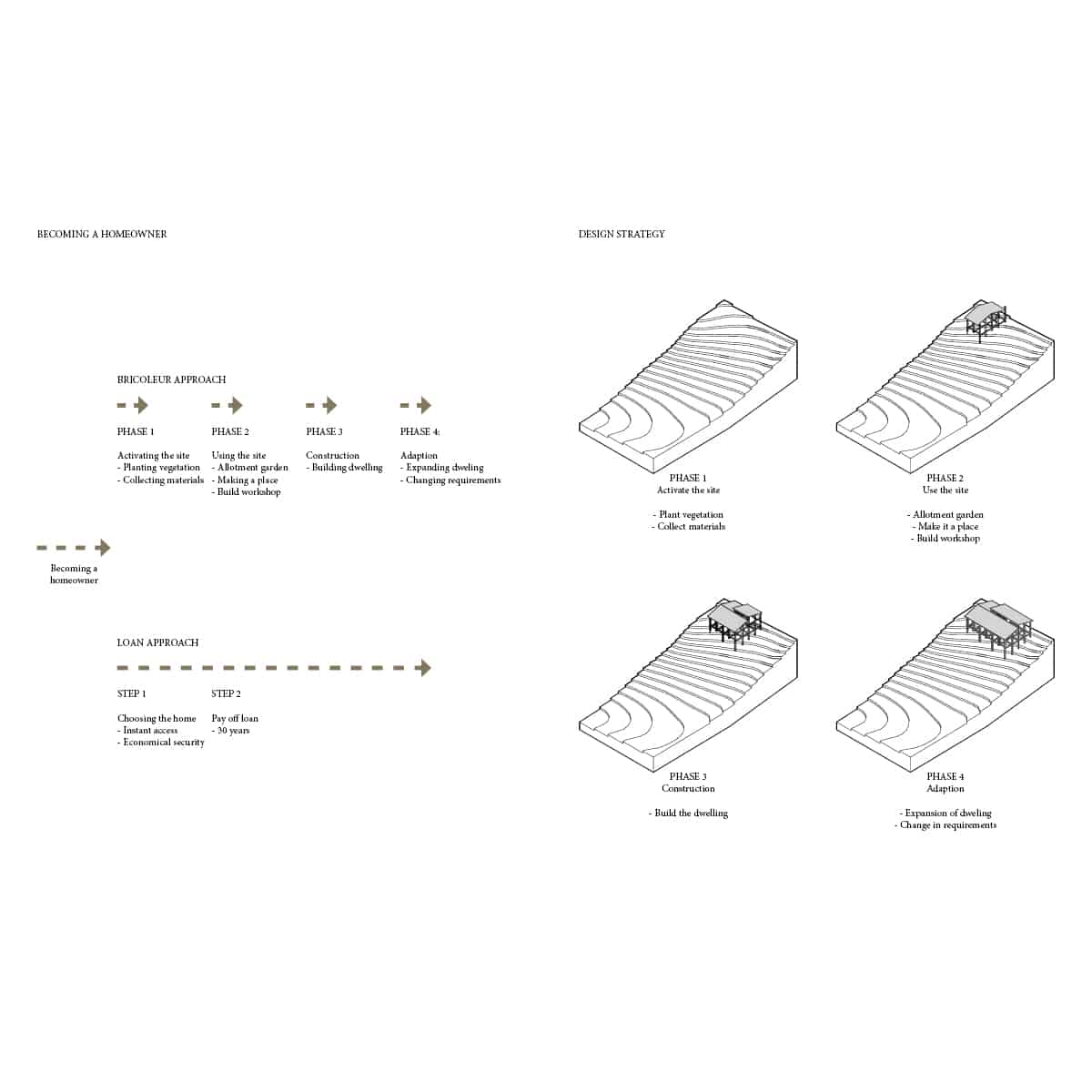 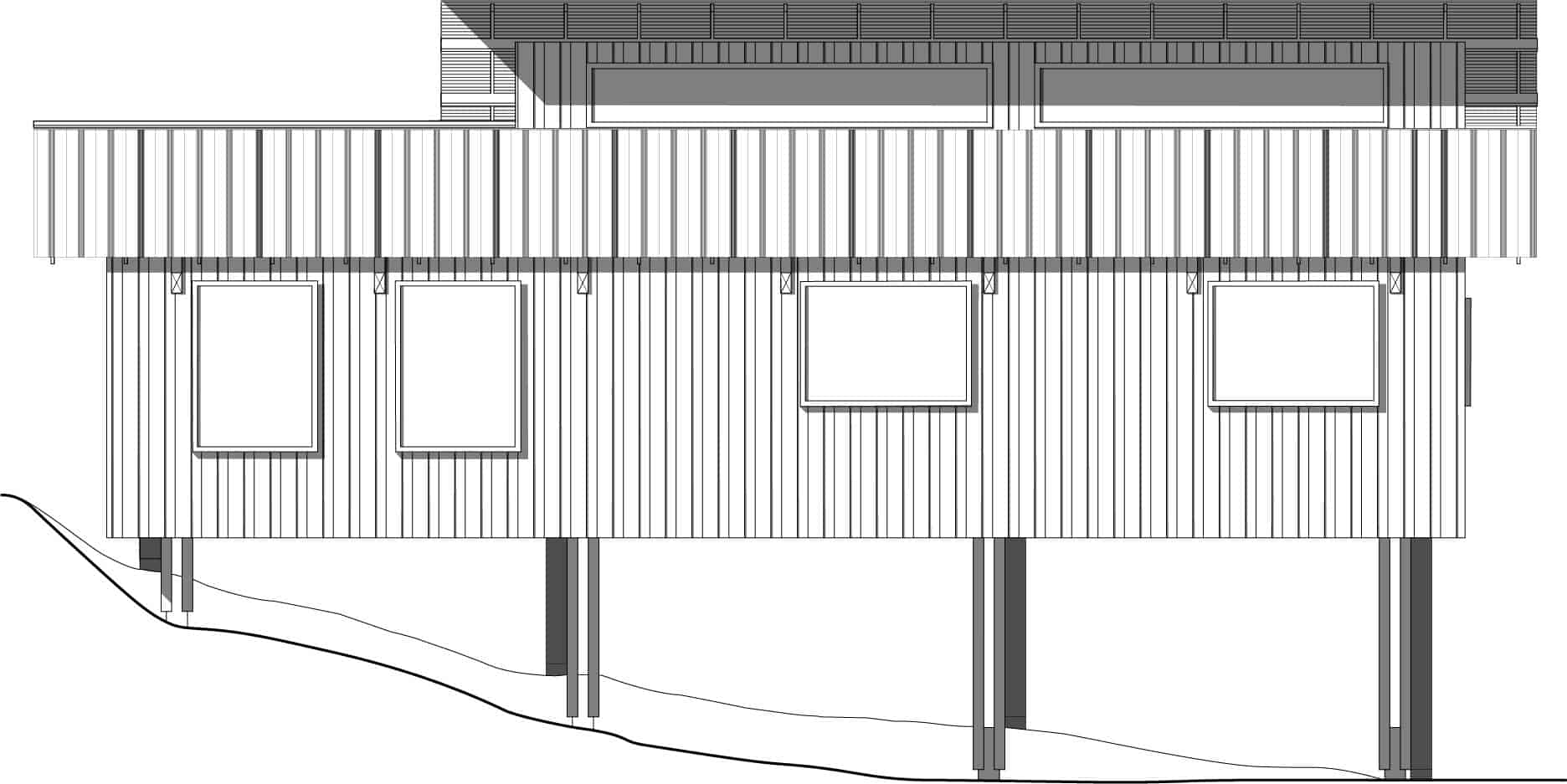 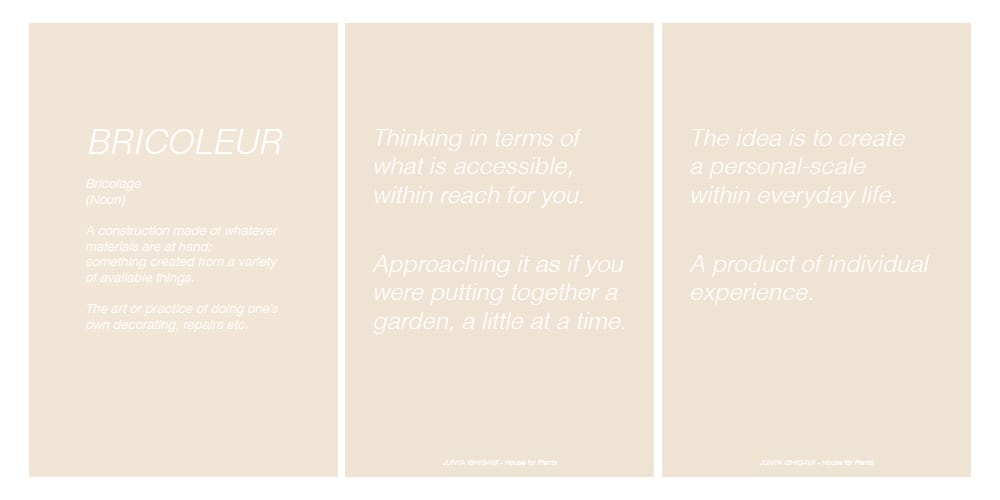