Socially Integrative Spaces - a renewal of abattoir section in Flensburg

Neustadt is a small district in Flensburg, that has over time housed many industries. It has been an important district for the city. Due to economic difficulties in Flensburg after the war, Neustadt has in the last 60 years, experienced a great decline. Many industries have closed down or moved abroad due to cheaper operations. This has resulted in high unemployment, leading to poverty that has made it difficult for citizens to socialize. At the same time, the many industrial buildings and areas have stood abandoned and neglected, which have characterized the district.

During the same period, large-scale immigration of guest workers from Turkey and Arab countries settled in Neustadt. Due to social economic problems, it has been difficult to integrate these people. This has meant that people have lived in their own sub-society. These difficulties have led to children growing up without strong support.

This thesis project aims for a new cultural center on the former slaughterhouse area in Neustadt. The project intents to create a framework for the vulnerable, both children and adults of all ethnic groups to receive the right guidance and support. Where citizens through art and culture can engage with each other and strengthen one-self and one’s fellow citizens. 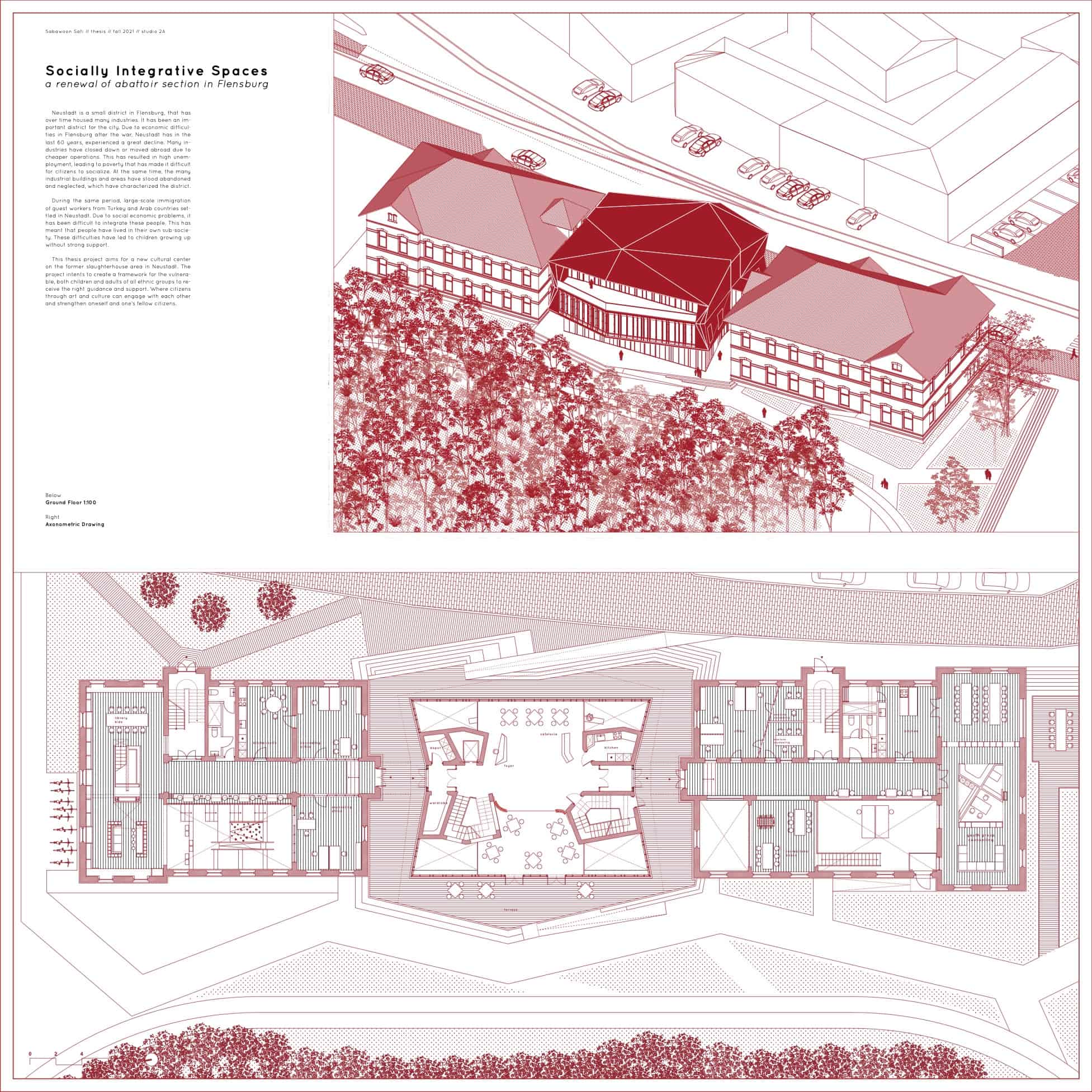 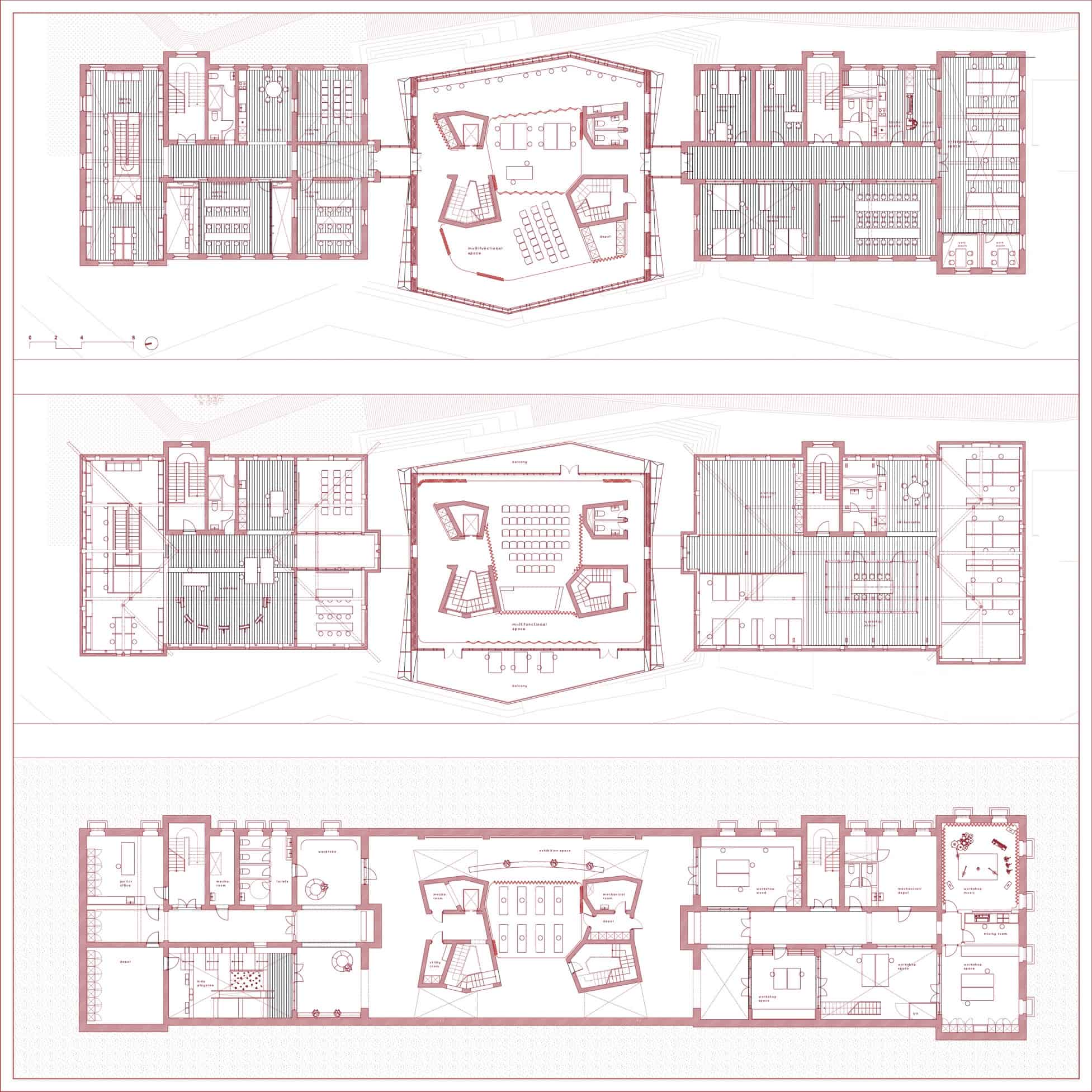 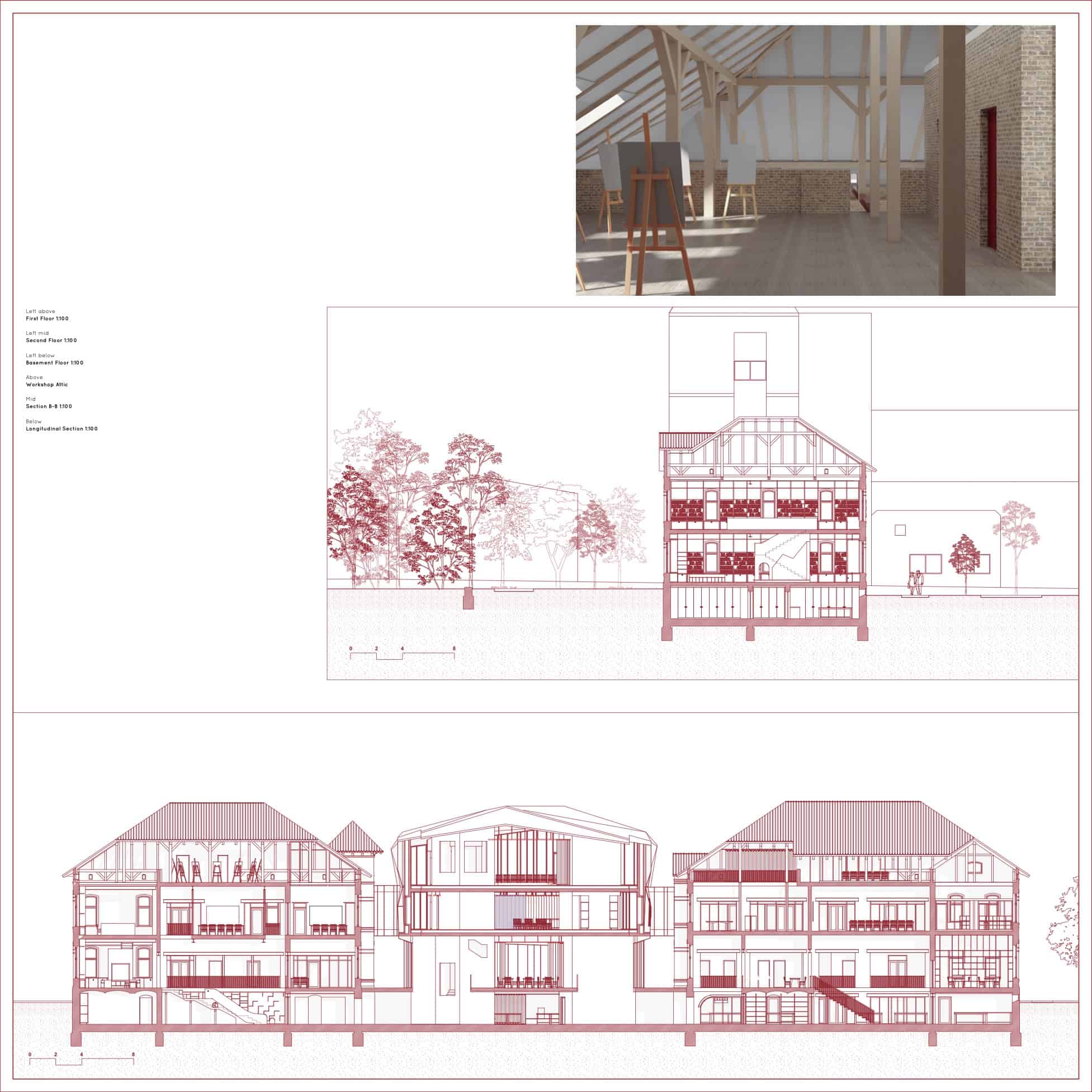 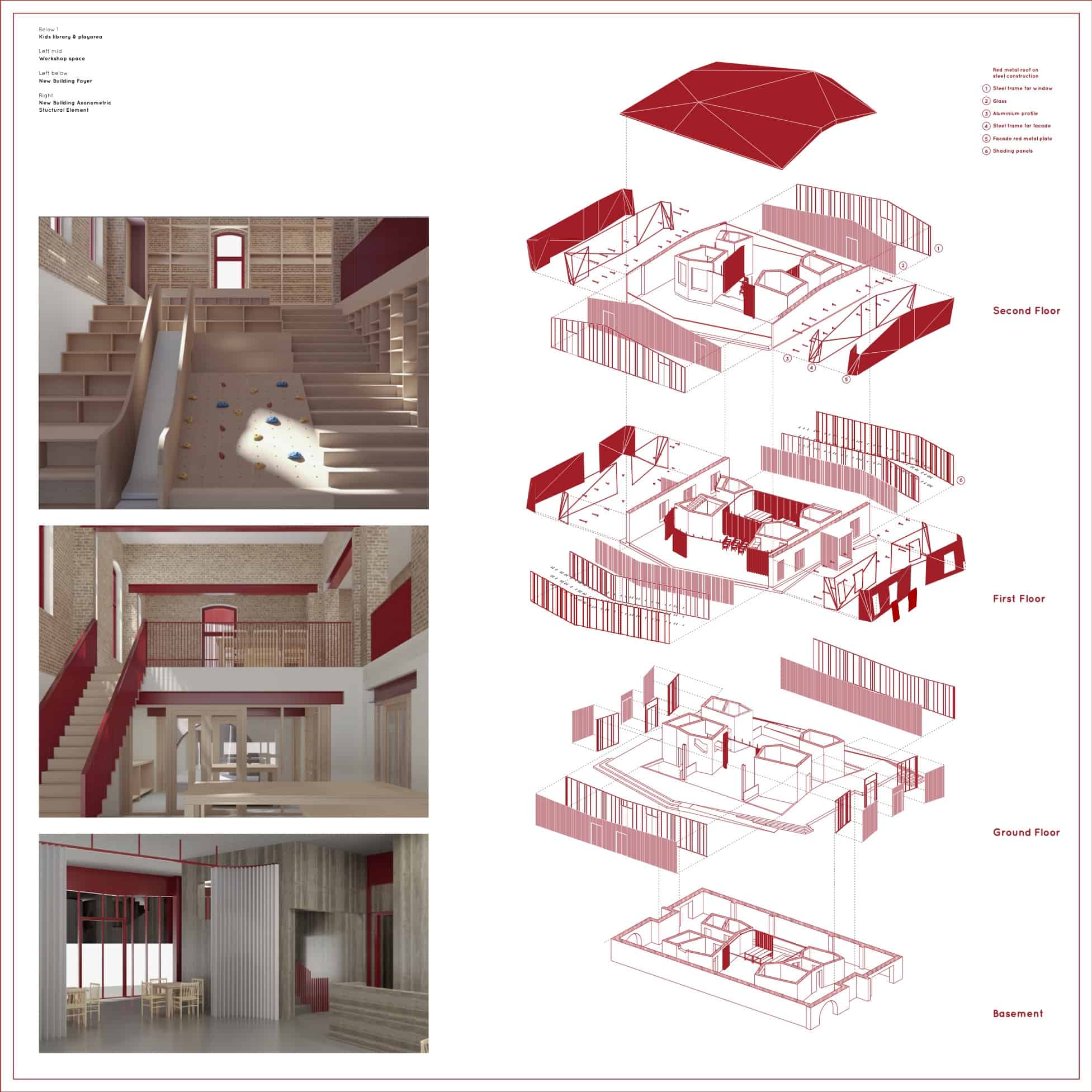