A TOOL OF RESISTANCE - Lyngsbæk's NATO pier Beyond Recreation

On September 24, 2021, TV2 Østjylland announced the demolition of the NATO pier by Ebeltoft. The Pier, is a part of an invisible pipeline system that extends across Denmark as the largest cold war project In the country.

In cooperation with the locals of Femmøller as well as the municipalities of Ebeltoft, the project introduces a series of pavilions that draw attention to the forgotten cold war landscape through a pathway developed from the visible footprint of the NATO pier towards the invisible climax of the oil tanks. The pavilions are designed by re-using the large amount of materials of the pier, and follow the dimensions of the existing materials. At the same time, their construction becomes an instrument to bringing together the local community as well as reducing the labor and footprint normally required. This way, beyond a mere opening up of what today is a closed military area, the proposal becomes a possibility to rethink an old infrastructure and a tool of resisting to both traditional and financially driven developments. 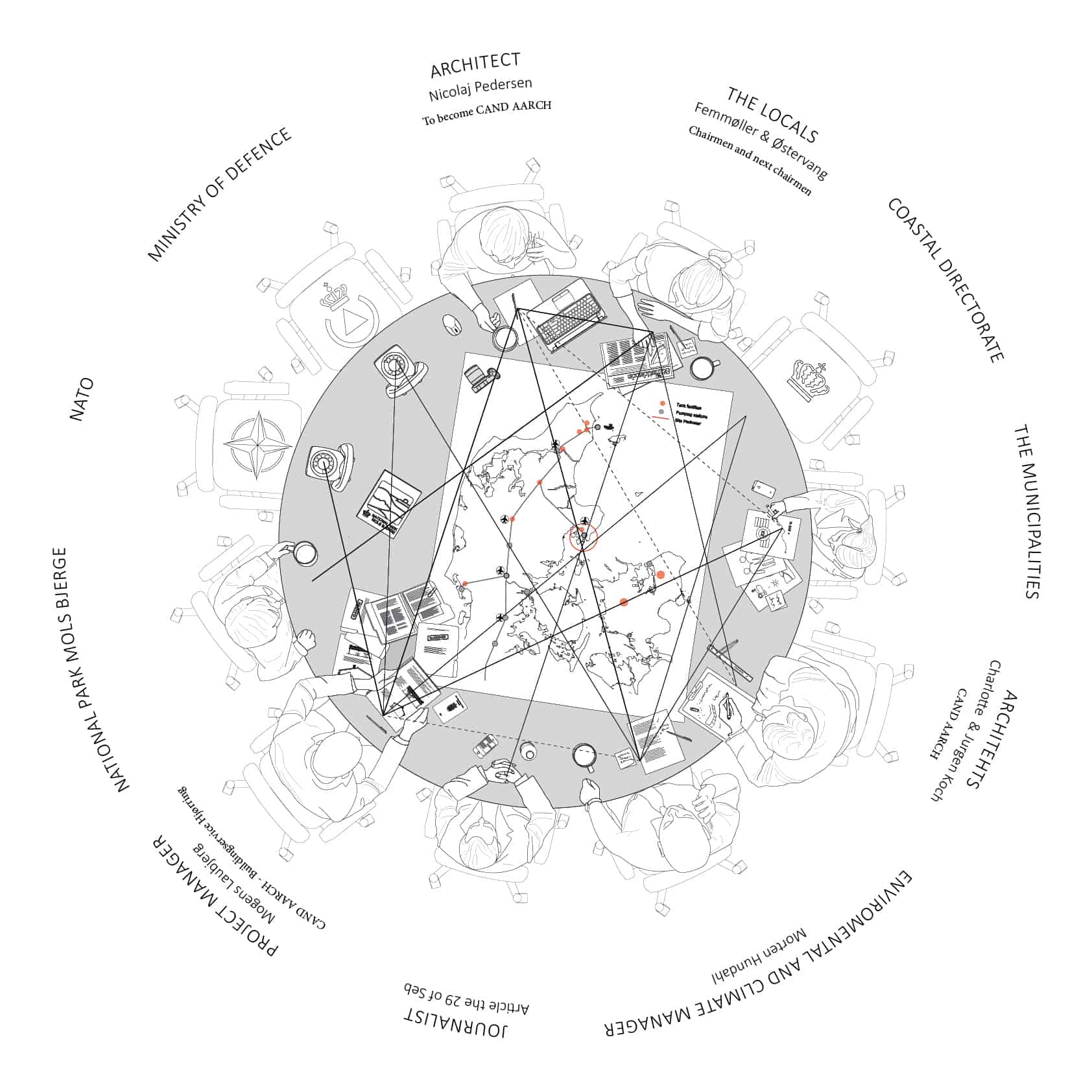 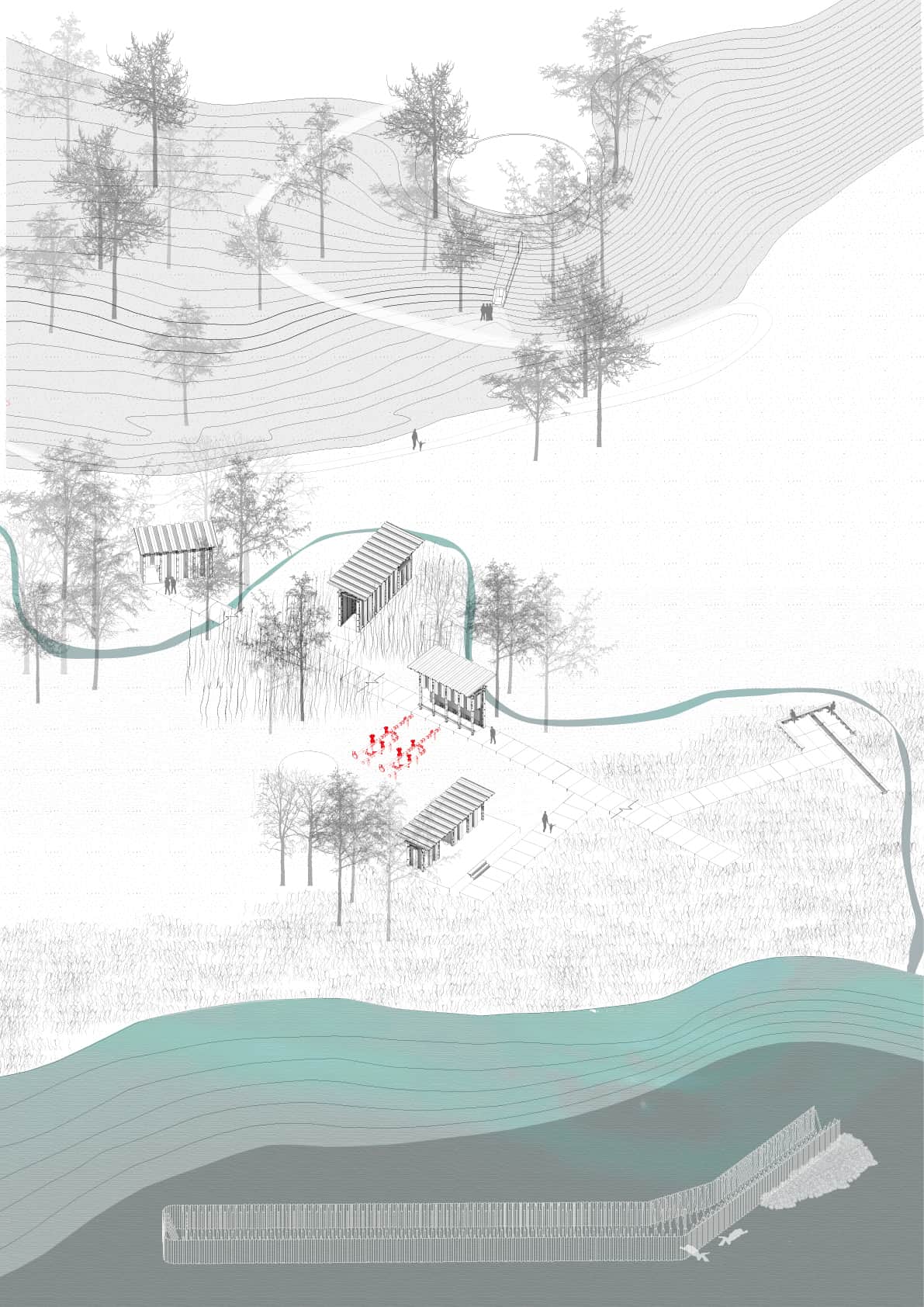 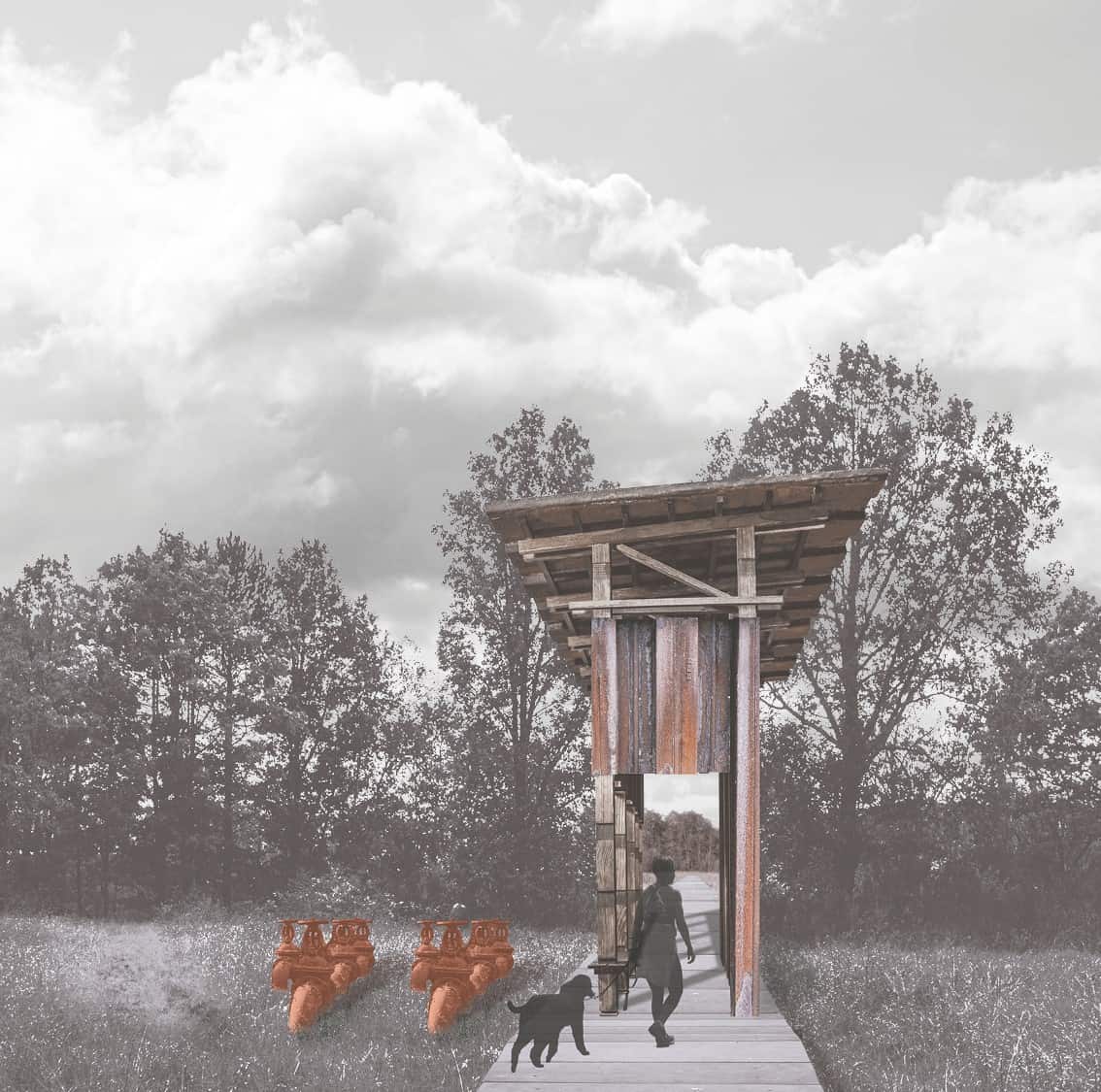 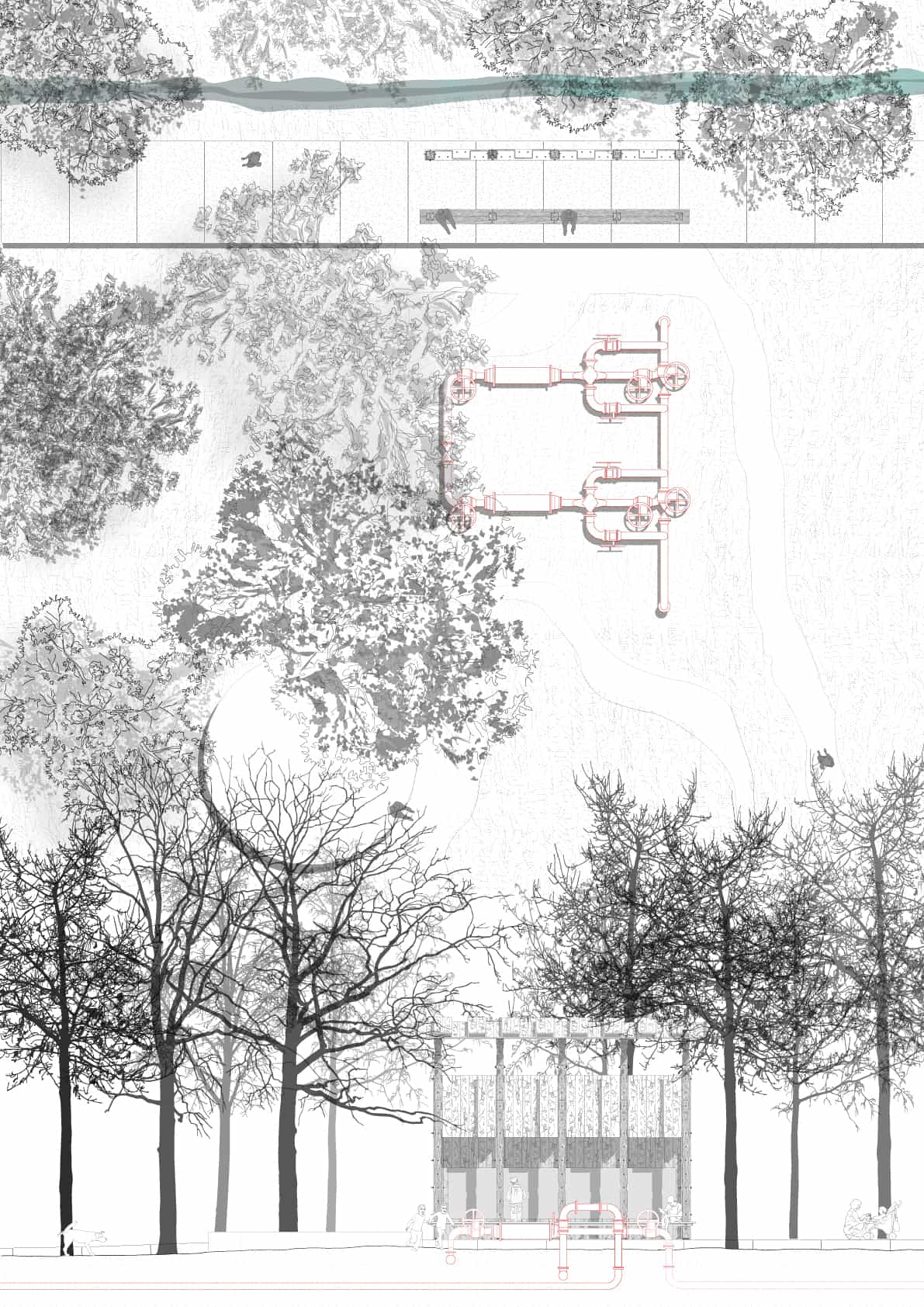