Offshore | Onshore. Exhibiting the forces and impact of a coastal wind farm

Located in Thyborøn, on the Danish west coast, this project revolves around the development of offshore wind energy in this region. As Thyborøn, and the west coast in general, is among the most windy locations in Denmark, placing offshore wind farms in this region is quite beneficial from an energy perspective, while conflicting with those who want the coast to stand untouched.
But in order to reach the goals set in current climate political energy agreements, the offshore wind energy industry has to move faster than ever before. Today the greatest barrier for the transition from conventional energy to green energy, is neither technology or economy. It is the lack of support from the local communities, due to one sided views and knowledge.

The Center for Offshore Wind Energy, aims to bring the spectators closer to the otherwise intangible offshore wind turbines, disseminating the scale and the impact of offshore wind energy on a regional, national and global scale.
The building design is highly informed from a thorough research on wind and aerodynamics, serving as key architectural design parameters. Furthermore the building is constructed with a majority of obsolete wind turbine blades, from the exterior roof panels to the load bearing structure underneath. 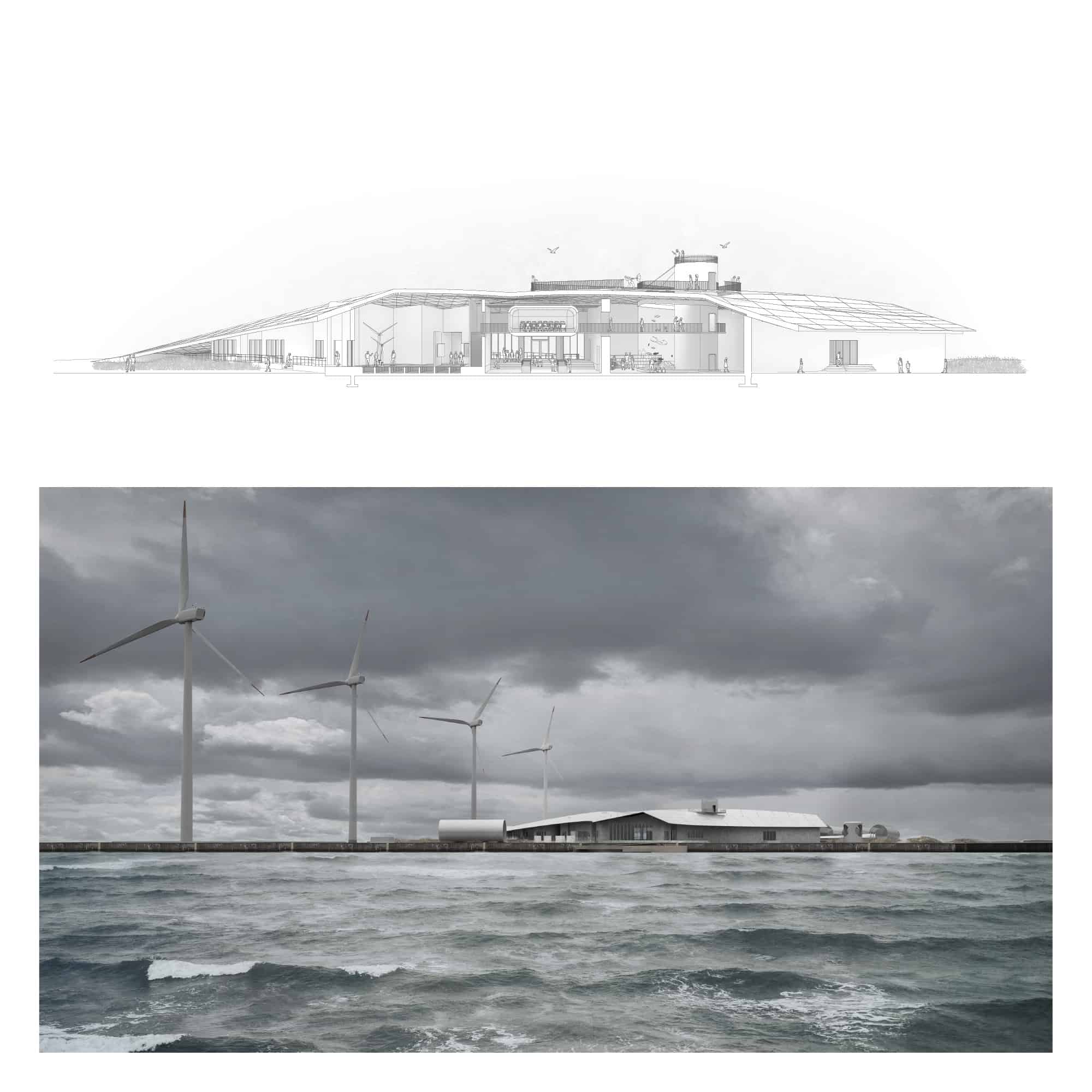 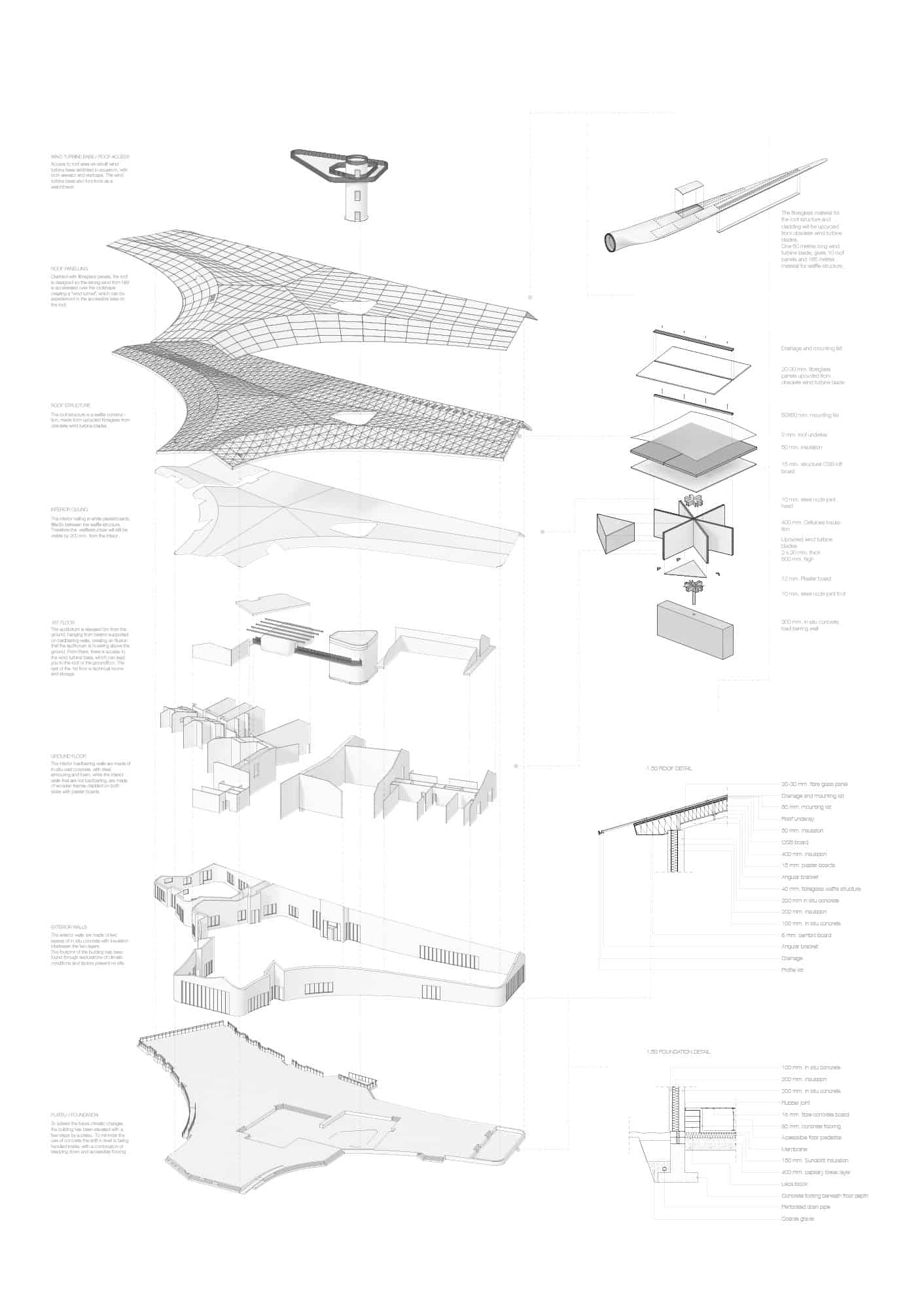 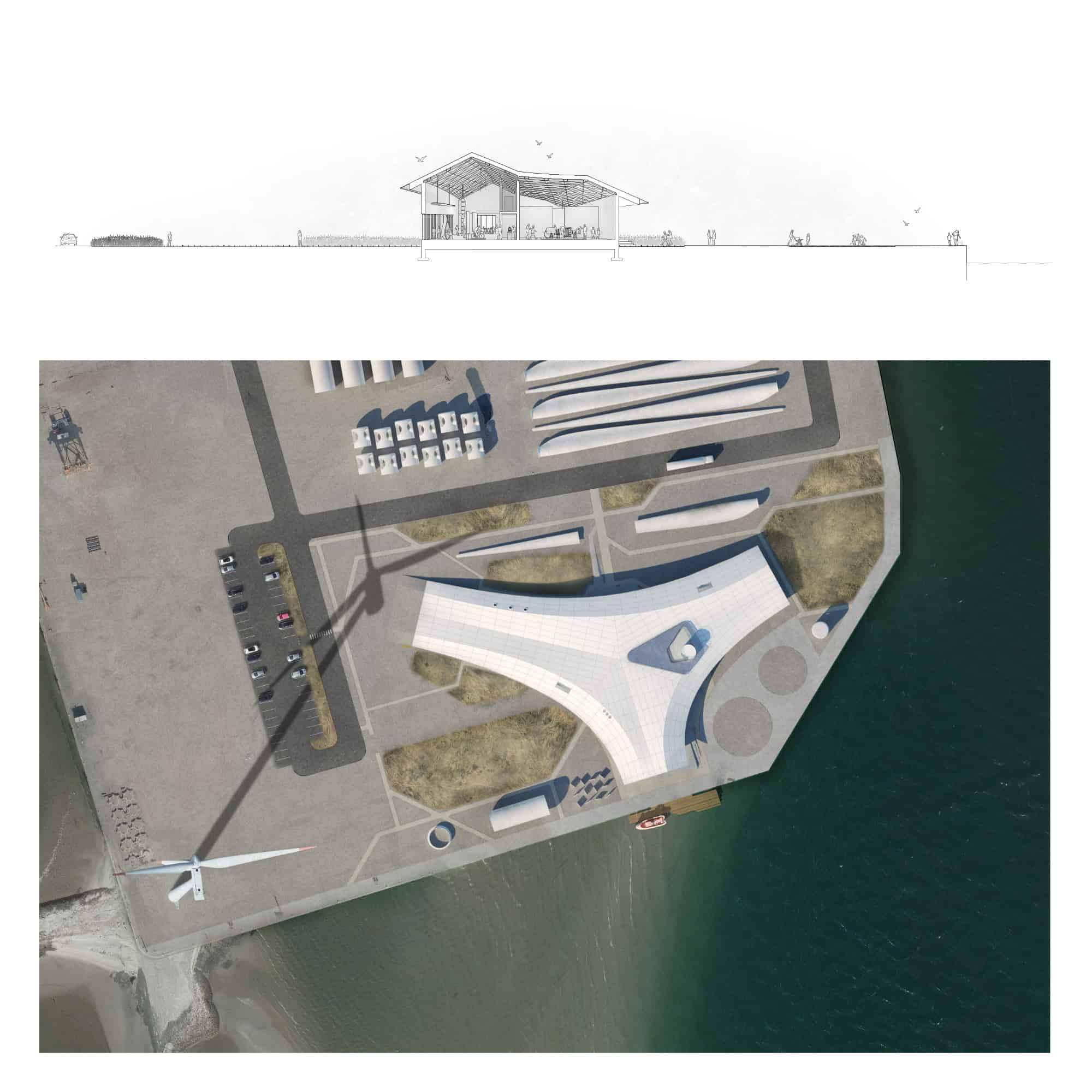 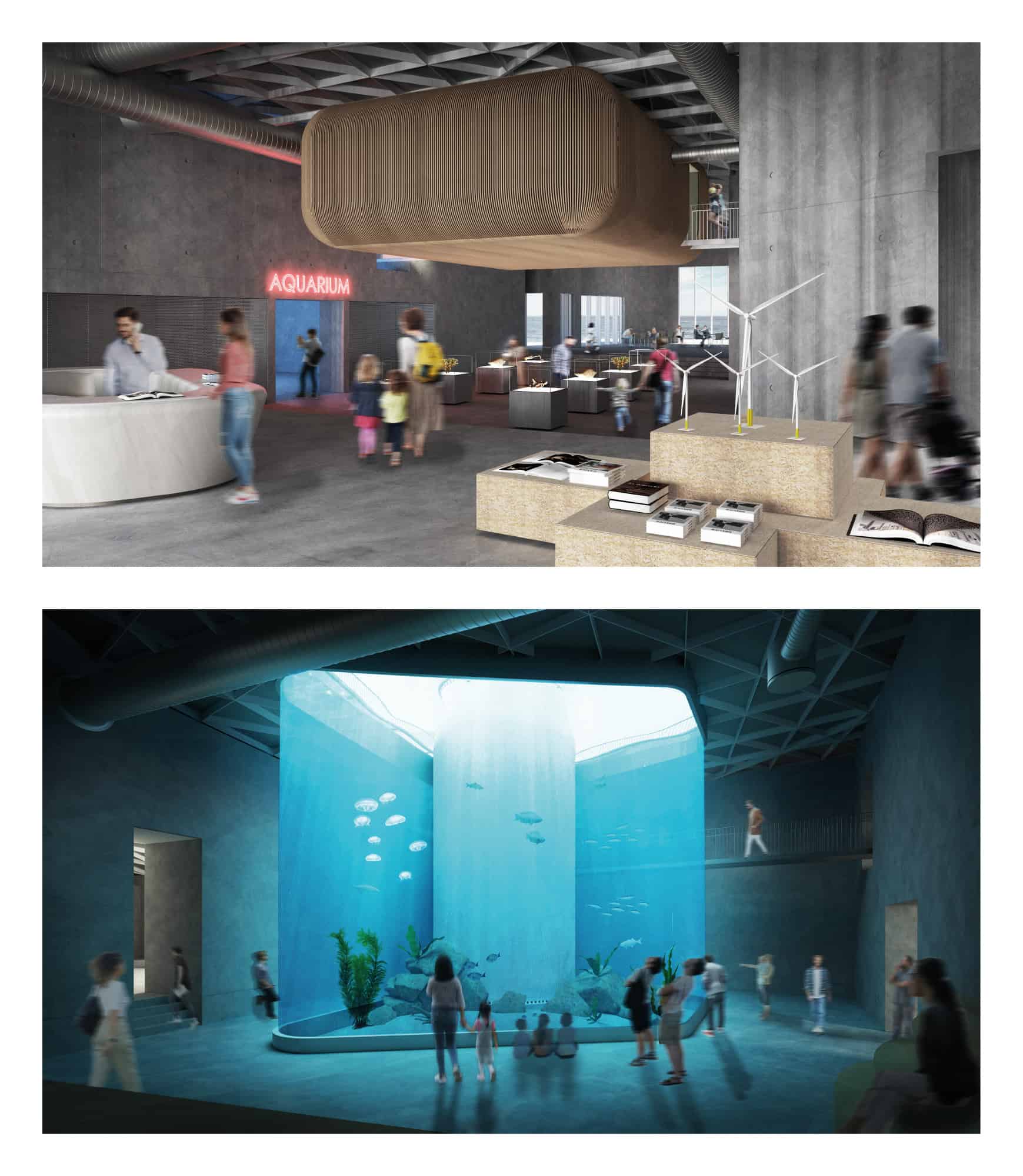