The project is based on the perception of, what is of value and what is not.

It aims to rethink a broken food production system in general, but especially in Greenland, where almost all food is transported from Denmark to Greenland by ship or airplane. The travel equals approximately 62,5 times around the globe by airplanes, and 11,7 times around by cargo ships annually.

By using the natural amount of nutritious waste from food, combined with cellulose-based waste such as textile, paper, and cardboard, we can produce food using different species and existing low-tech and high technology-based systems. Simultaneously we can reduce the transport of goods from Denmark and give ownership back to the Greenlanders by the cultivation of their own food.

The architectural proposal functions as a raw-food market. At the heart of the project, you can handpick your own food, come to eat at a small food lab, and join workshops to learn about food and cultivation. The construction of the building is made from discarded hardware appliances, tires, and materials locally sourced. 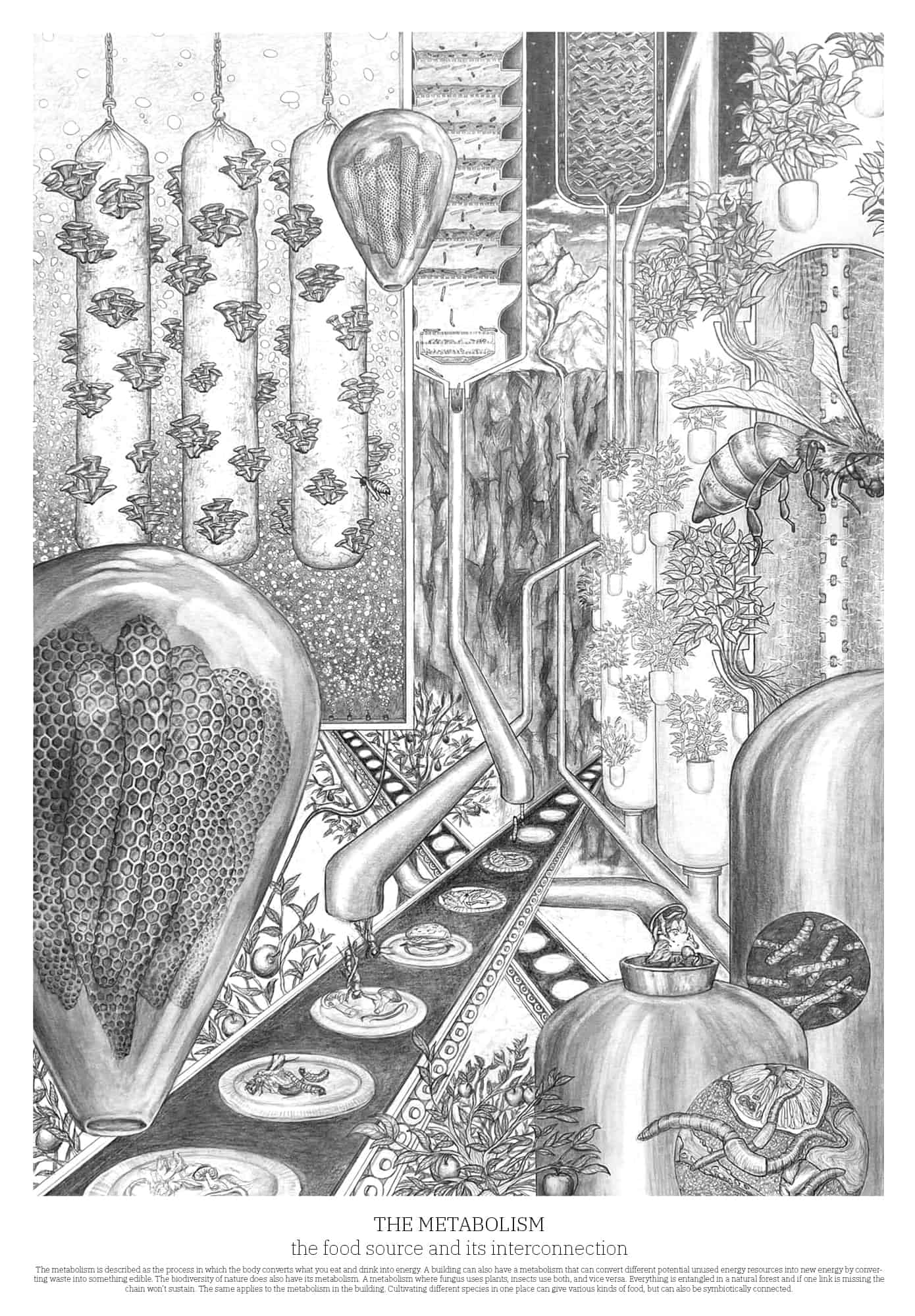 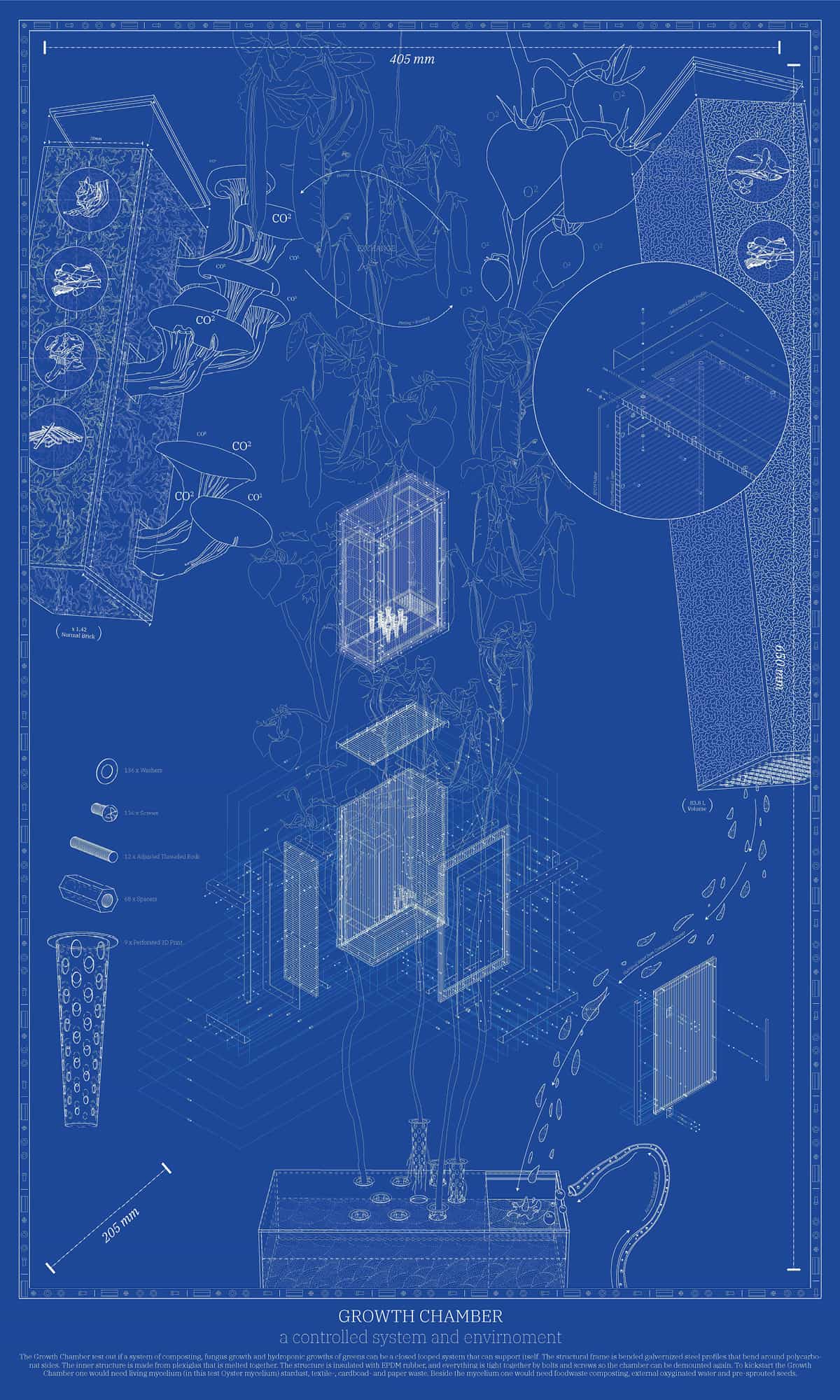 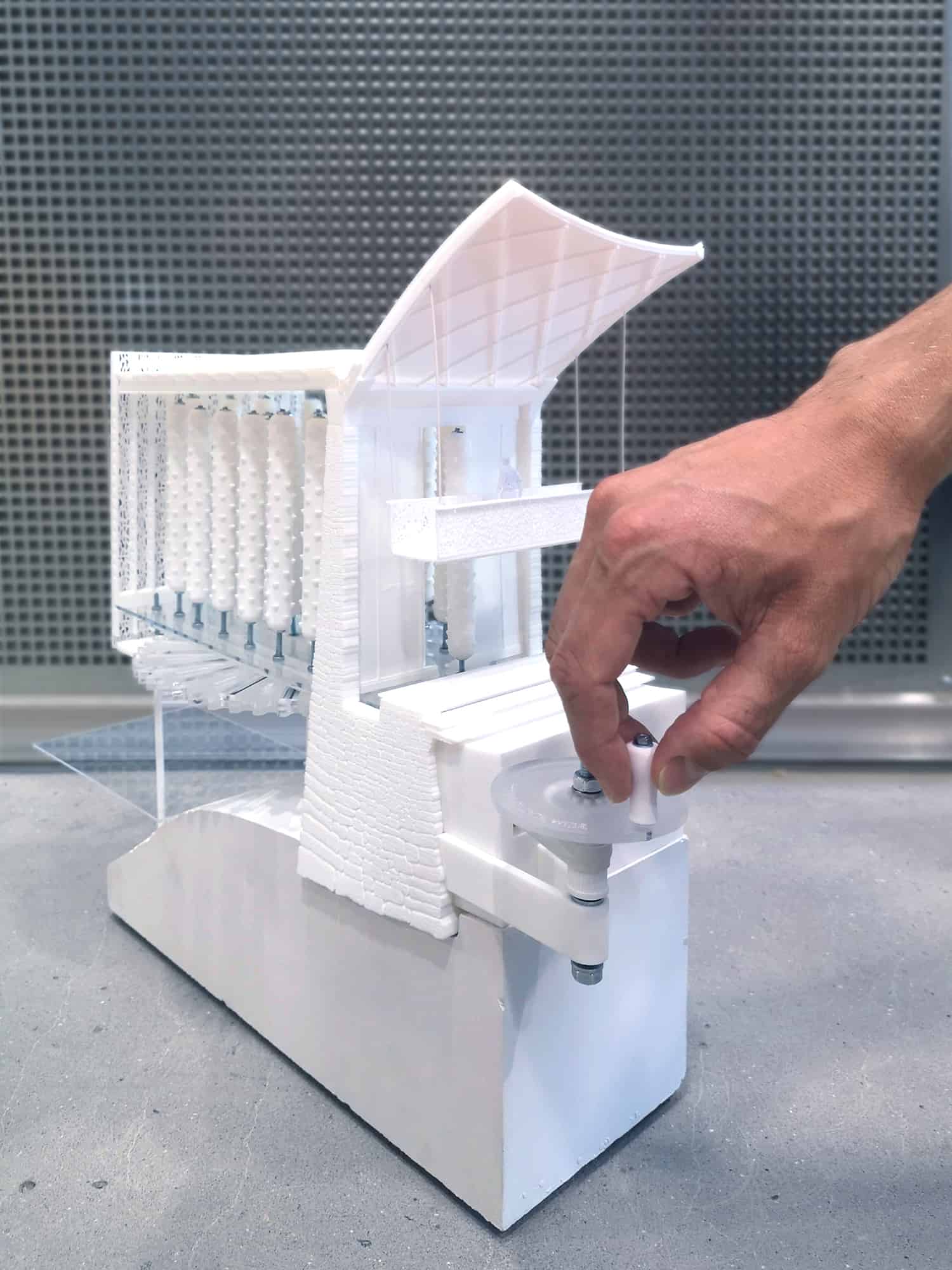 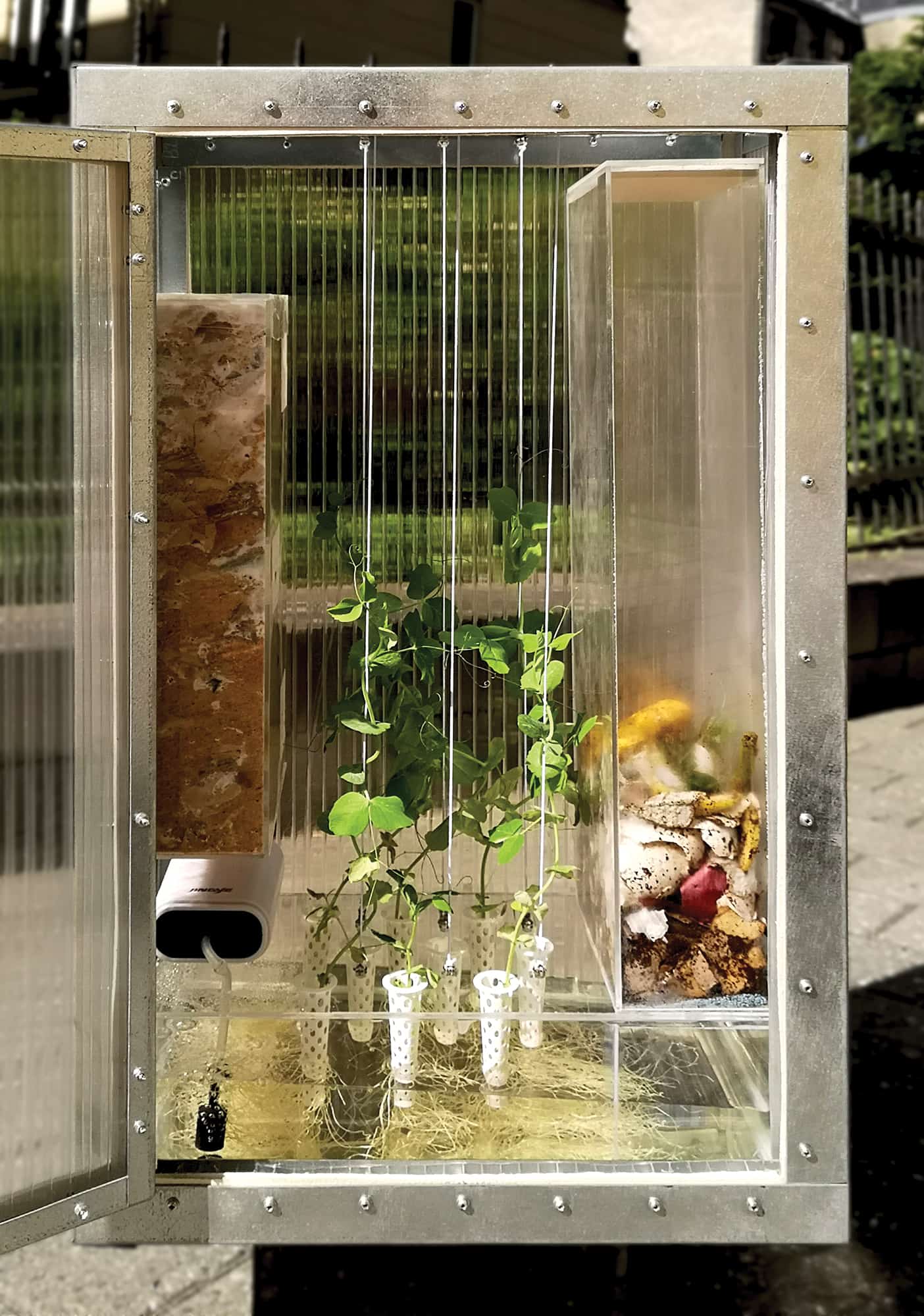