A reimagined typology of cruise ship for the Copenhagen Cruise Port. The ship serves as a public part of the city and a form of mandatory sea school in preparation for a wet future.

Taking its departure at the Cruise Port of Copenhagen, located in the developing area of Outer Nordhavn, the project imagines a different future for the travelling machines. In this future, cruise ships as we know them today have been banned, and in their wake, a new prototype of state-owned cruise ship takes their place.

By acknowledging cruise ships as a potent symbolic micro-cosmos of human agency – between the our capacity for technological prowess and our inherent drive for adventure and pleasure – the project forms a speculation on the way we as humans can connect with nature by means of architecture. Furthermore, the project asks how ships can play a role in getting us closer to the immense issues and wonders of the sea.

The proposal is a cruise ship prototype that acts as a form of expositional ‘sea school’ in the Baltic Sea area. It explores the cruise ship as a vessel of multiple typologies where ‘cruisers’ engage with the sea more directly than in current ships. When in port, the speculative cruise vessel acts as a public part of the city infrastructure and the urban life of the harbour. 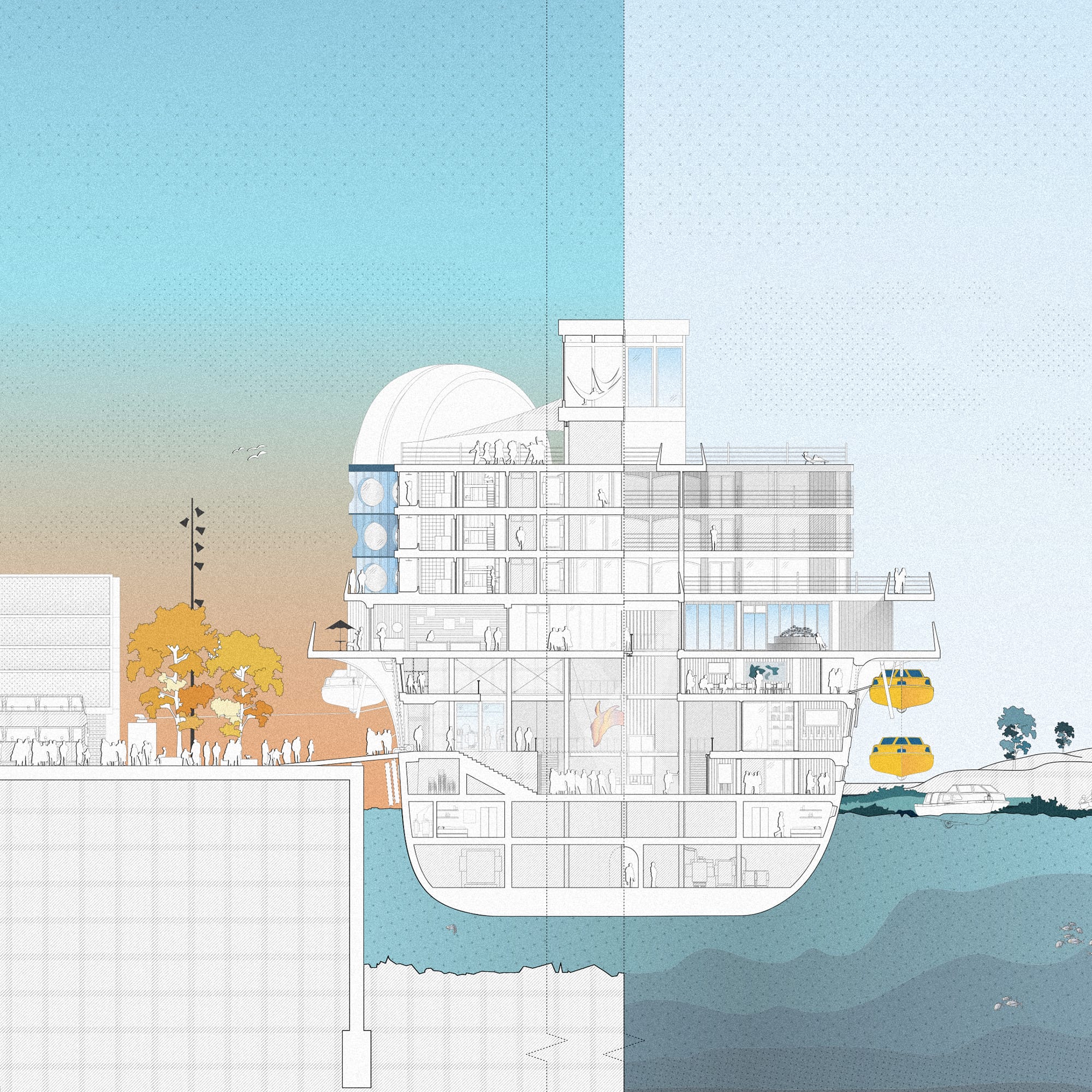 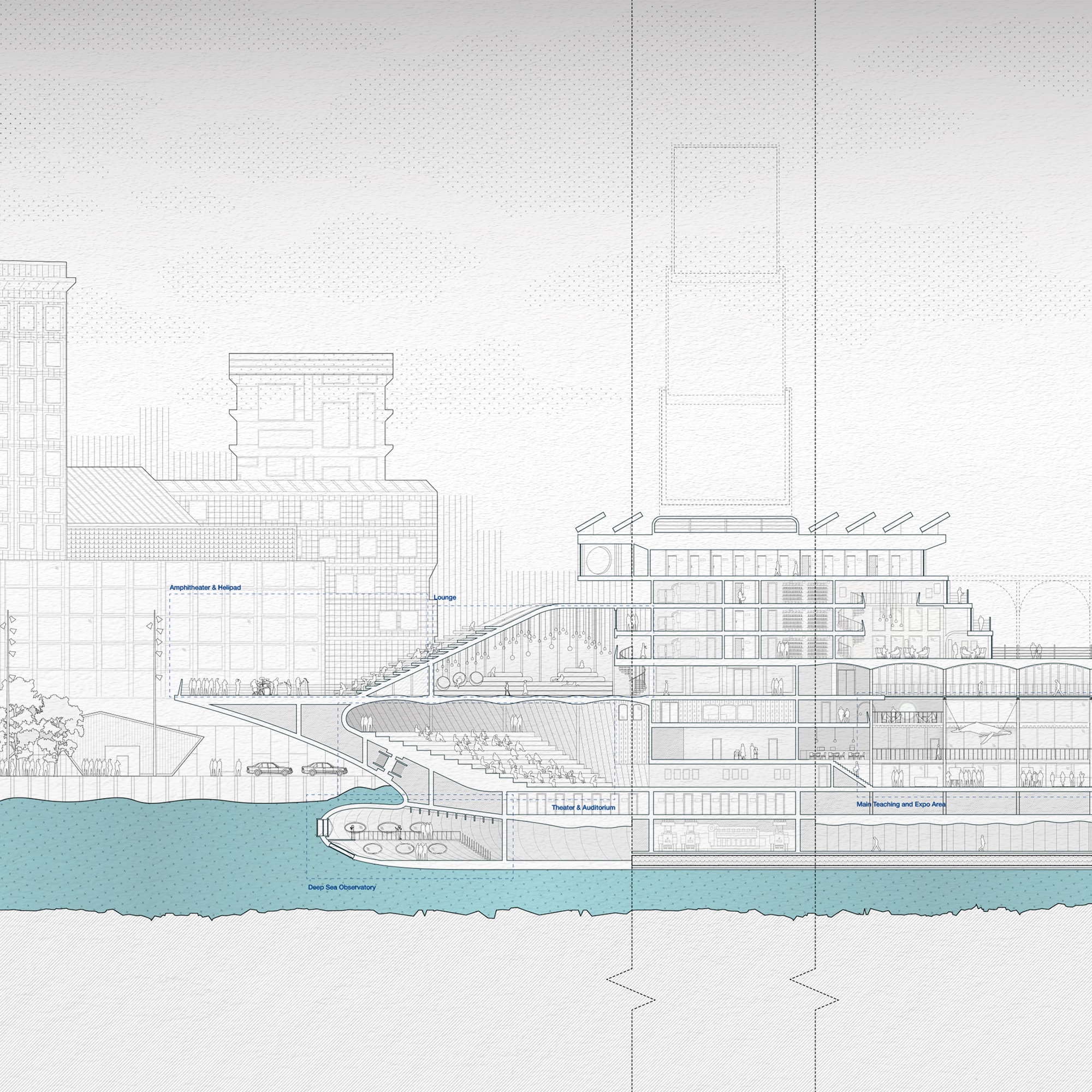 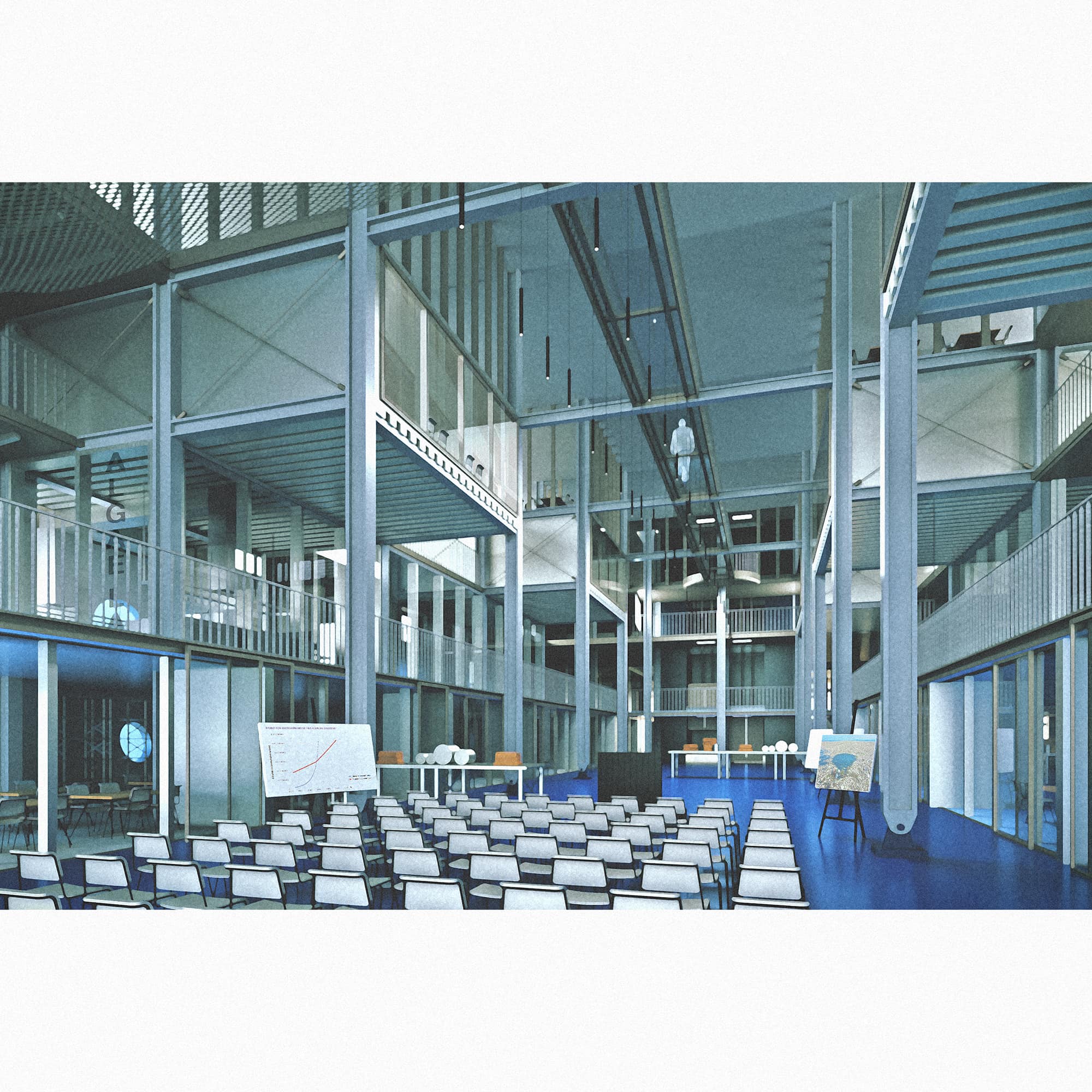 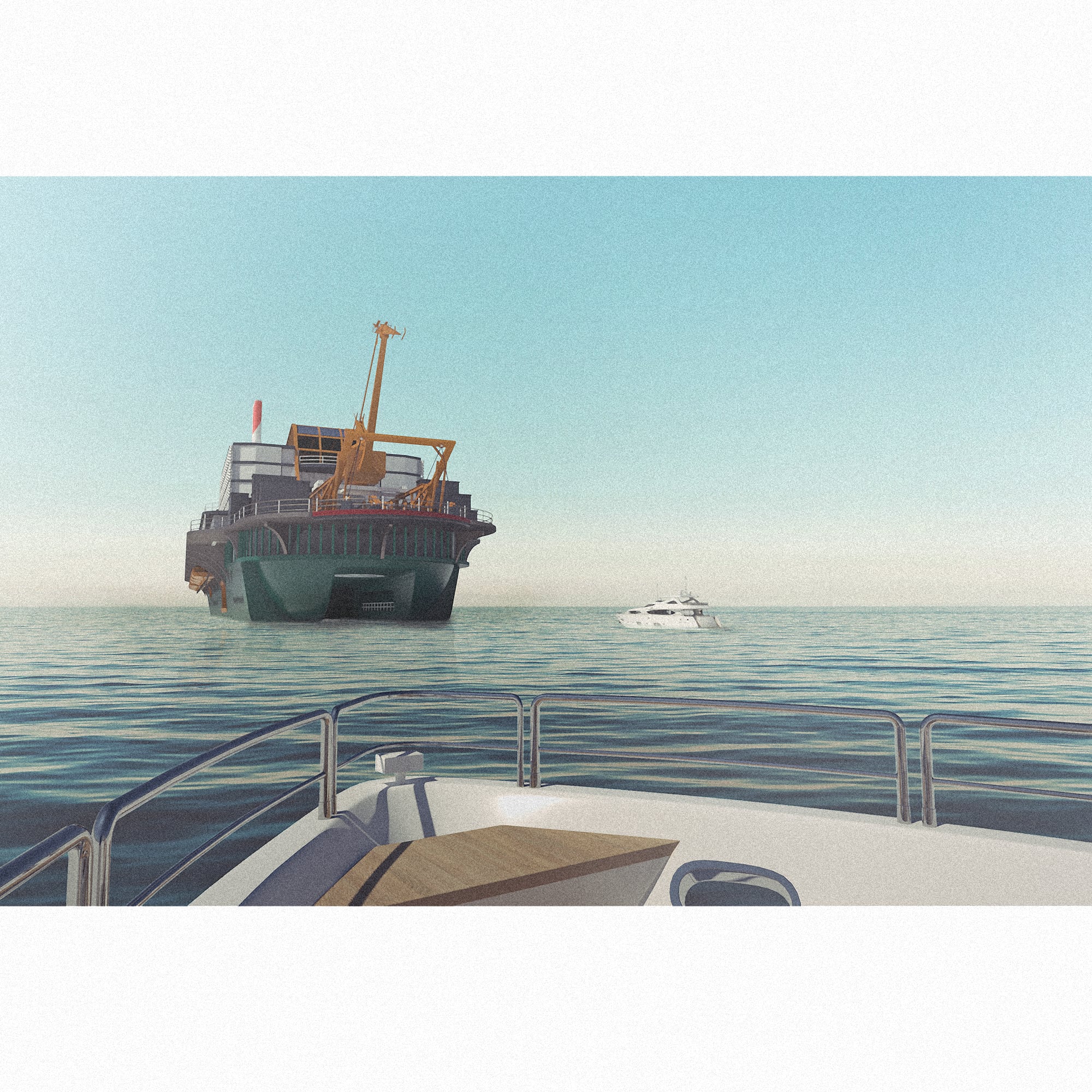