See and Be Scene
- a Cultural Catalyst in Stavanger

This thesis project takes interest in designing a new theatre, that will serve as a local and regional stage. With the old theater screaming for more space, an old industrial site south of the center, can be the catalyst for Stavanger’s new cultural hub.

The aim of this thesis is to propose a new cultural scene that will act as a catalyst for the development and expansion of Stavanger’s southern district, Paradis. With new city plans to extend the center into Paradis, the projects seek to engage cultural, residential, and commercial growth, to spark life and urban regeneration in what is today an abandoned industrial area. The area will not only be an extension of the city center, but with its ideal connections to both the railway and Stavanger’s new Bus Rapid Transit, it will also attract the larger region. The cultural platform developed through this thesis unfolds in different scales, from urban investigations to building design and details. The project also emphasizes and strengthens the meeting between humans, which has somewhat been lost in Stavanger’s newer developments. Taking inspiration from relevant case studies, the aim is to question much of today’s monofunctional way of designing. Through the research being done in this thesis, I seek to provide a framework both structurally and strategically to lay out a building that can accommodate the needs for a future in an unstable and shifting environment.

The project has been developed in different phases. The first phase consists of initial case studies and background research. The initial research led to different mapping exercise of Stavanger, Paradis (the relevant site) and the surrounding areas. The mapping together with the research was essential to develop the new cultural hub, which is a hybrid between a theatre and the site’s existing program. In the second phase I translated the mappings and research into conceptual design, through sketching, conceptual design, and 3D modelling. This allowed the last phase to focus on the complex program that was developed. The last phase unfolded the projects program and relation to the context through plans, sections, visualizations, and constructional concepts. 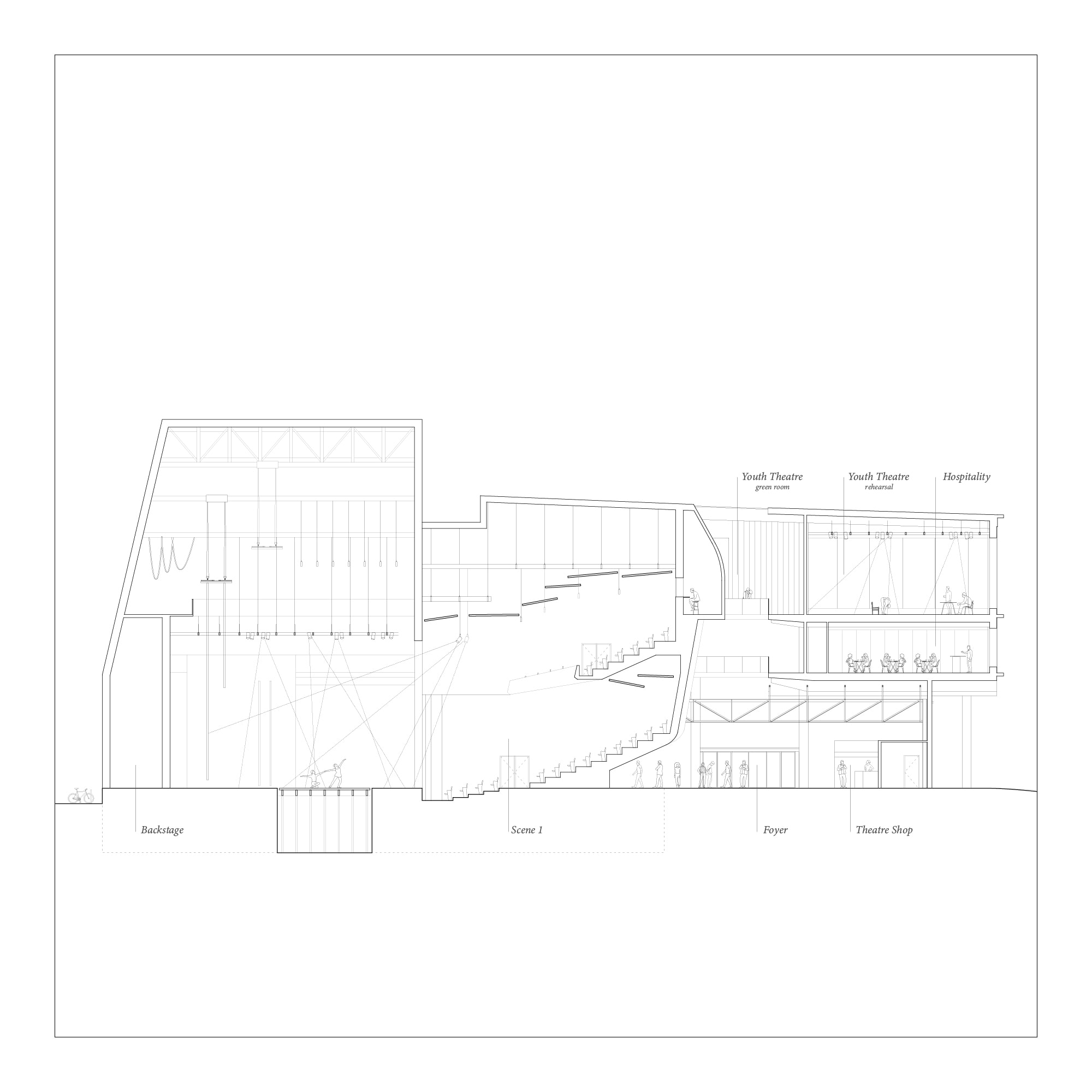 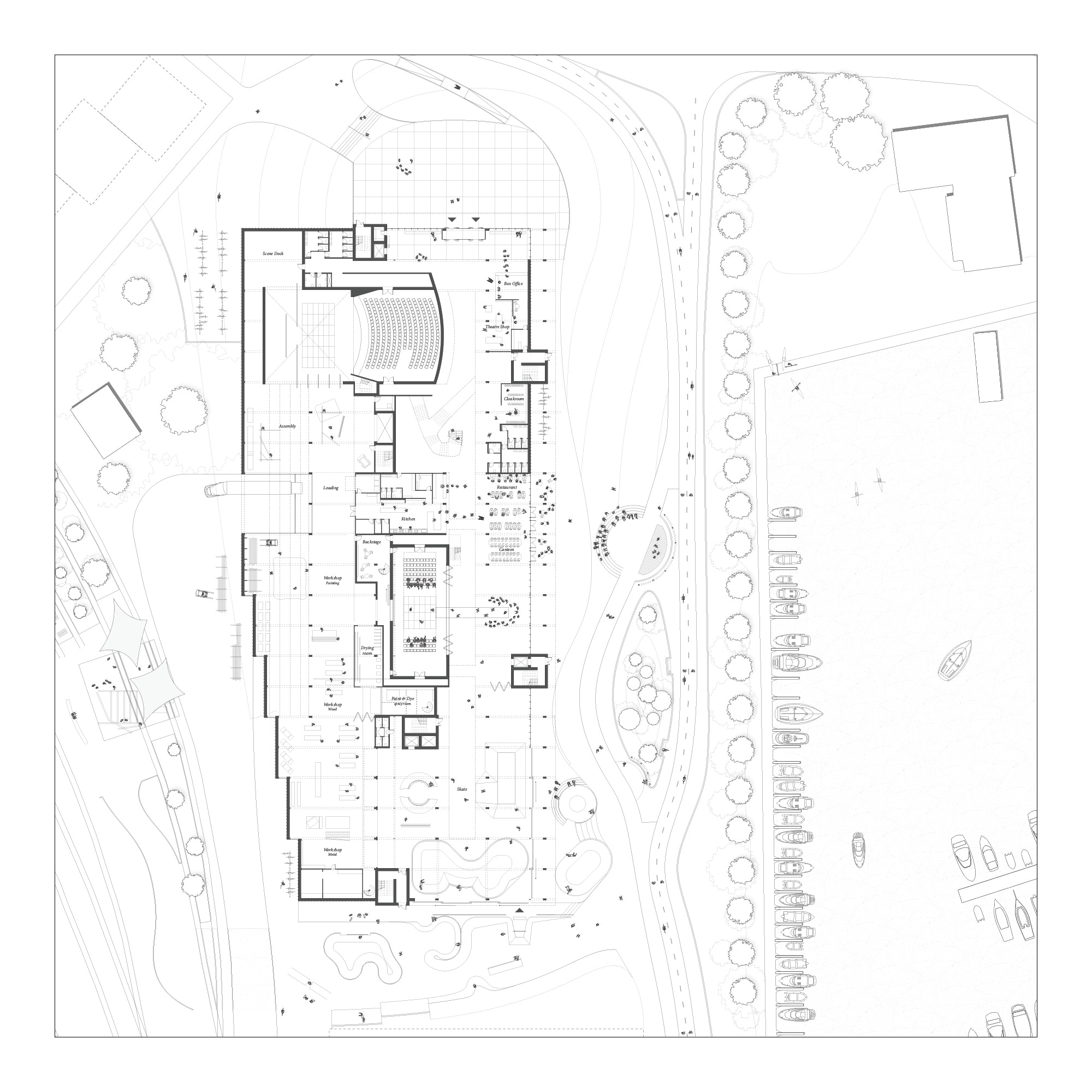 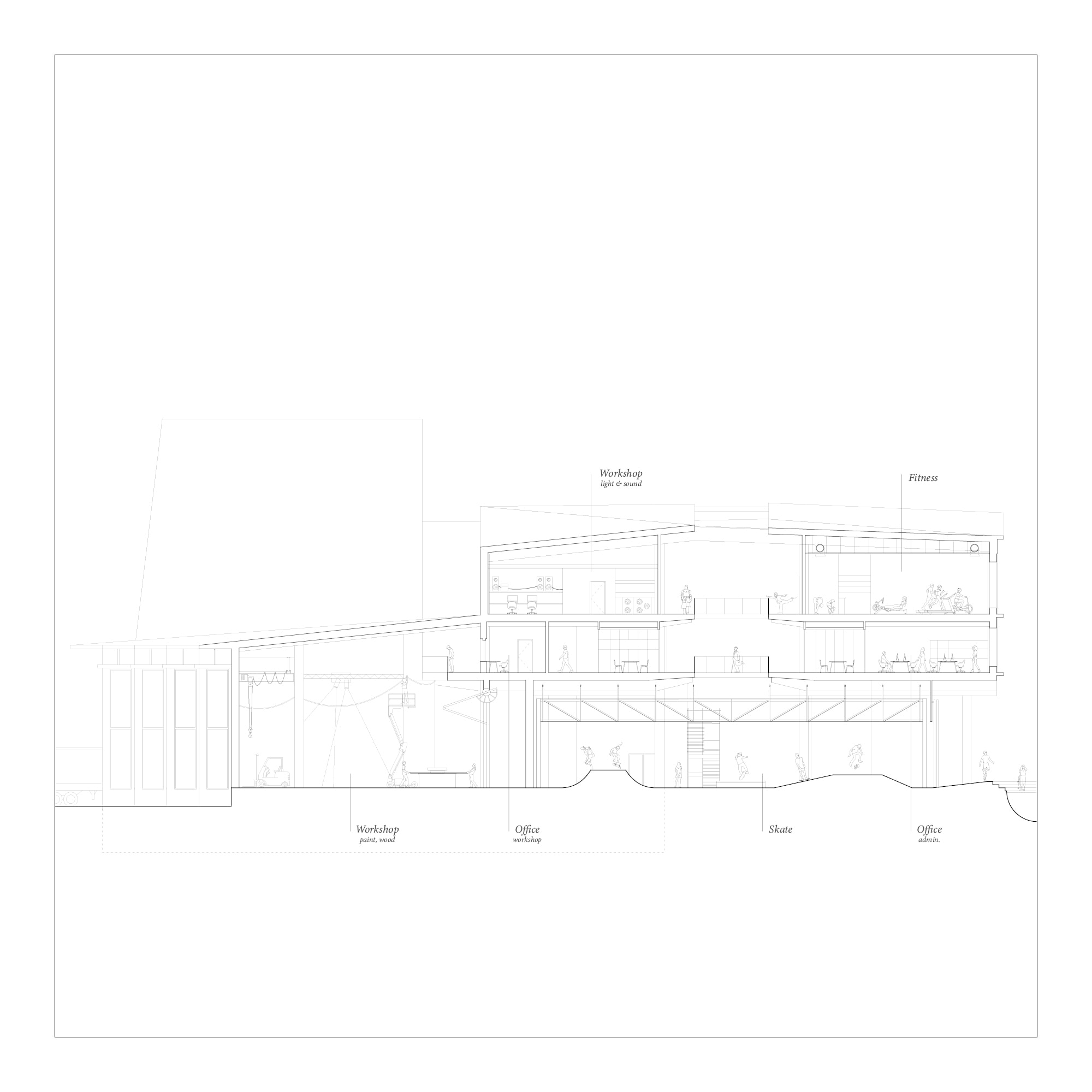 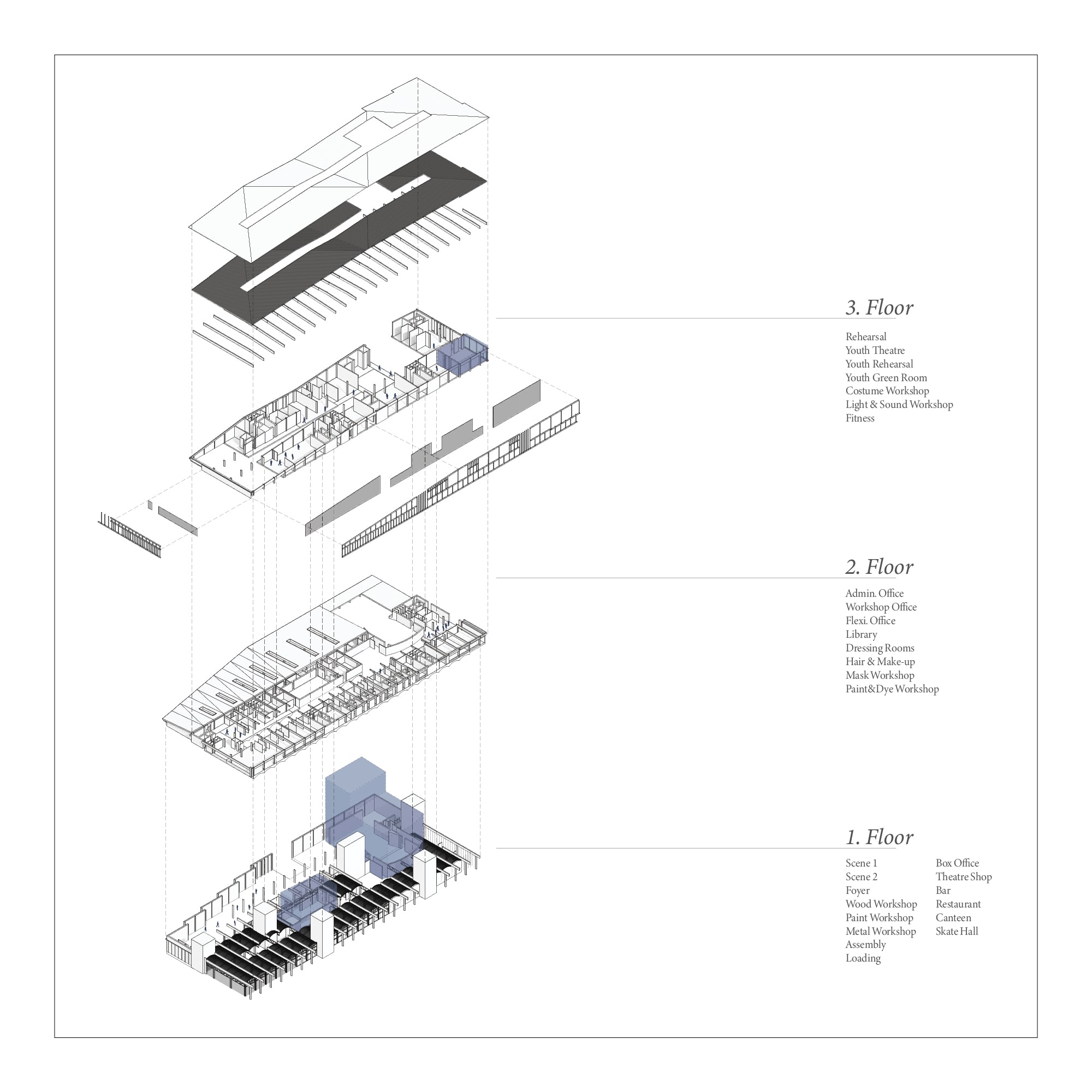