In between life and death: Spaces of Transition

This thesis takes interest in the moments that exist in between life and death. The project proposes a hospice within the urban context of Copenhagen and will challenge the traditional understanding of the hospice, proposing a new typology of architecture for the dying in the city. The project seeks to ask questions about the ordinary and the extraordinary and how the architecture should ensure that these meetings exist. Integrating death to the ordinary, one is confronted with it in their everyday life, and this meeting between life and death serves as a strategy to loosen the stigma around death. The aim is to open up the everyday discussion about death, manifesting it architecturally in a manner respectful for both the living and the dying.

Advances in medical practices and treatment facilities have reduced much of the physical pain associated with dying, making the health care professionals responsible for nursing the dying person instead of the family. This depersonalization has moved death related architecture from being domestic to become institutionalized in hospitals and nursing homes. We are experiencing death at a distance and have in this sense lost touch with it. Death is something brought to the public through the media and is expressed through numbers of people. We are in the “real world” confronted with death as little as possible. Undertakers are hired to deal with everything evolving death, preparing the body and arranging the funeral. Dead bodies are covered up as soon as possible, and the architecture is a tool used to hide death. In churches and hospitals, remains are transported within its own closed system, stored in windowless rooms and placed so no one could even get a glimpse of the deceased body.

The hospice is a modern typology that tries to approach death as something inevitable. The hospice is neither a hospital, nor a home, but an unusually altruistic attempt to maintain life in the face of death. The project seeks to explore what architecture for dying is today, offering a critical revision of our death denying mentality. Can design change the way we think about dying by reveawing it into the rhythms of daily life to simultaneously honour the death and create new spaces for the living? With the current lack of hospices, the aim is to question the contemporary hospice, both in relation to medicalization, but also where these spaces should be placed in order to challenge both program and context to provide the spatial quality needed during this period of transition. By working within the urban context of Copenhagen the aim is to make the transition a stronger act, as it has a significant relation to the build surroundings and to the life within the city. 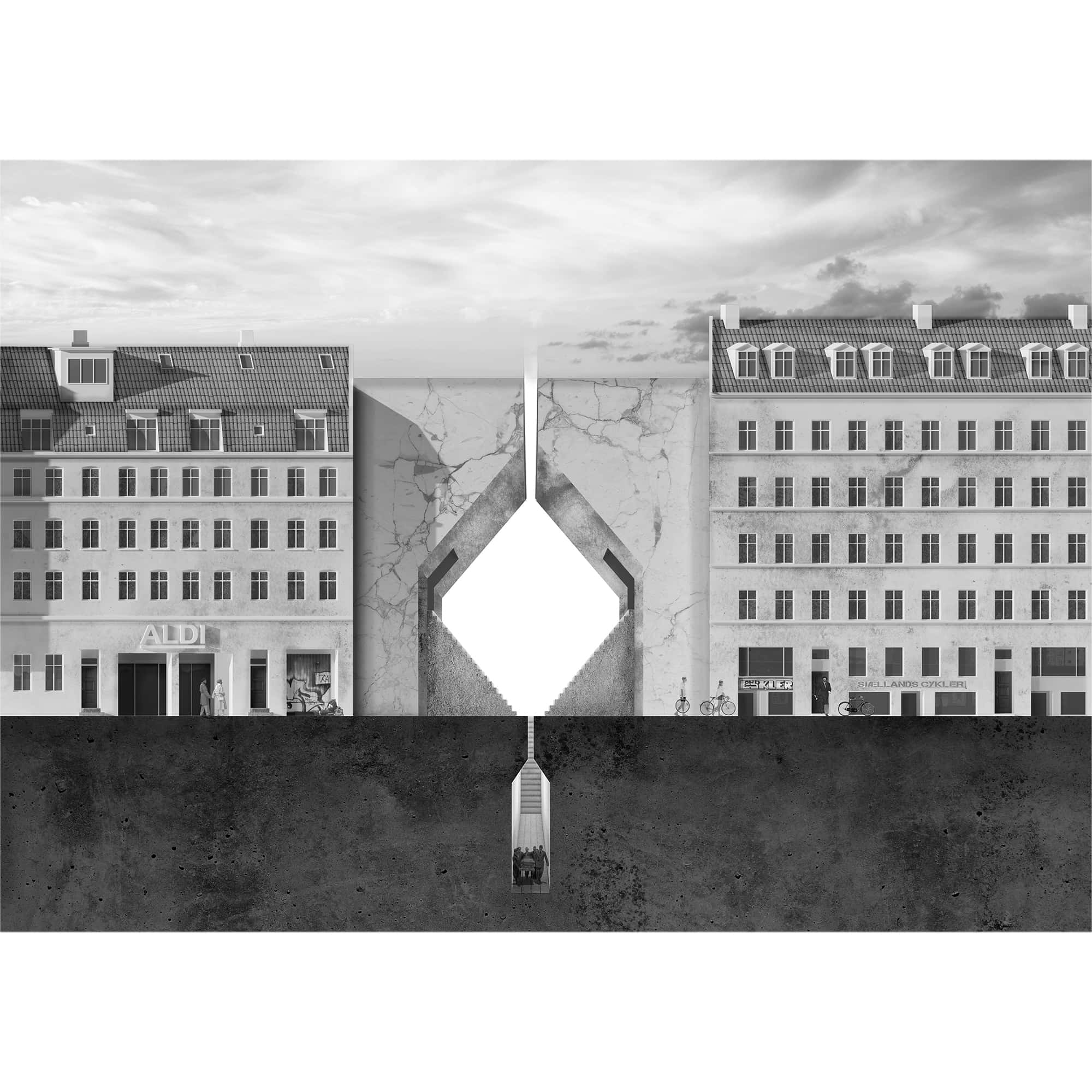 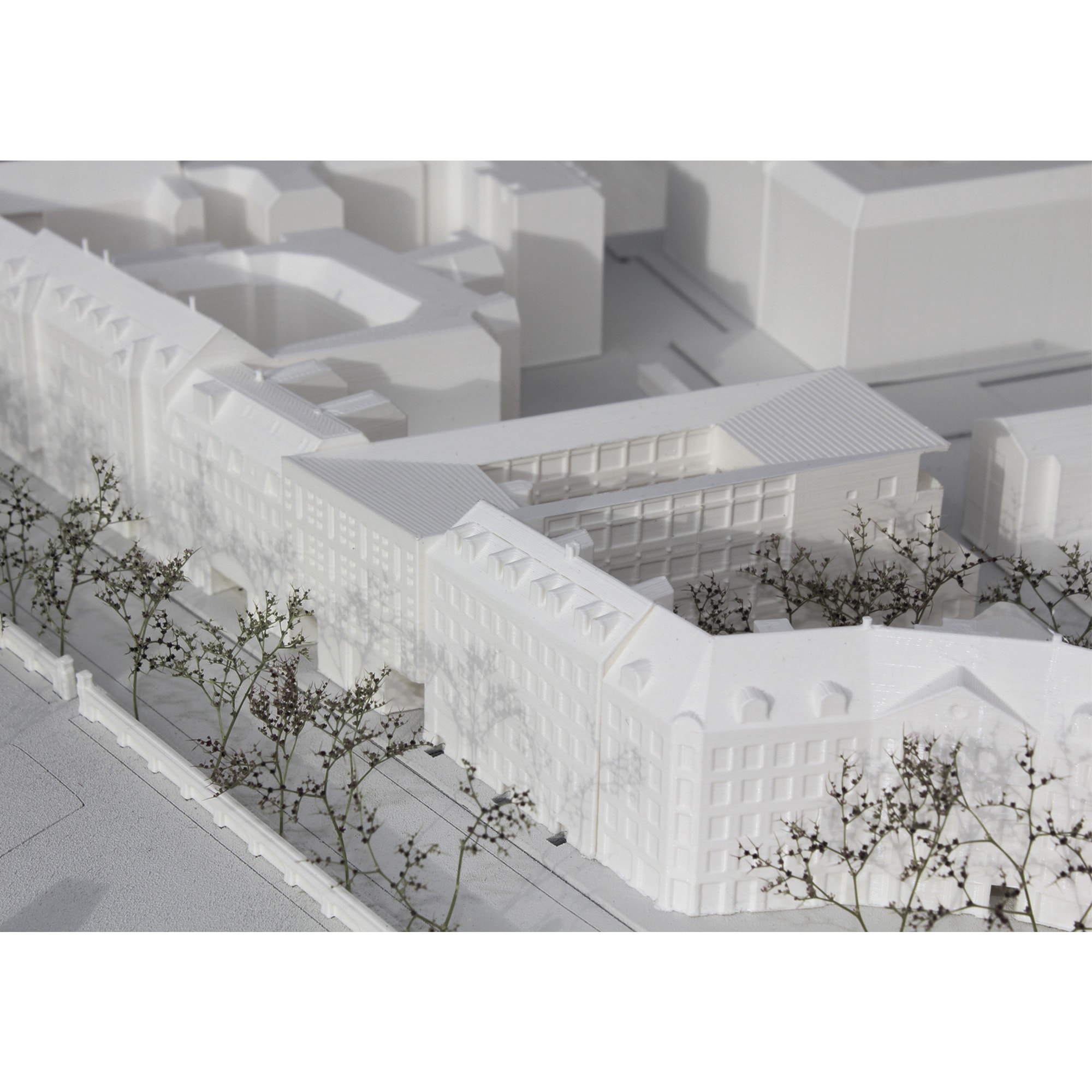 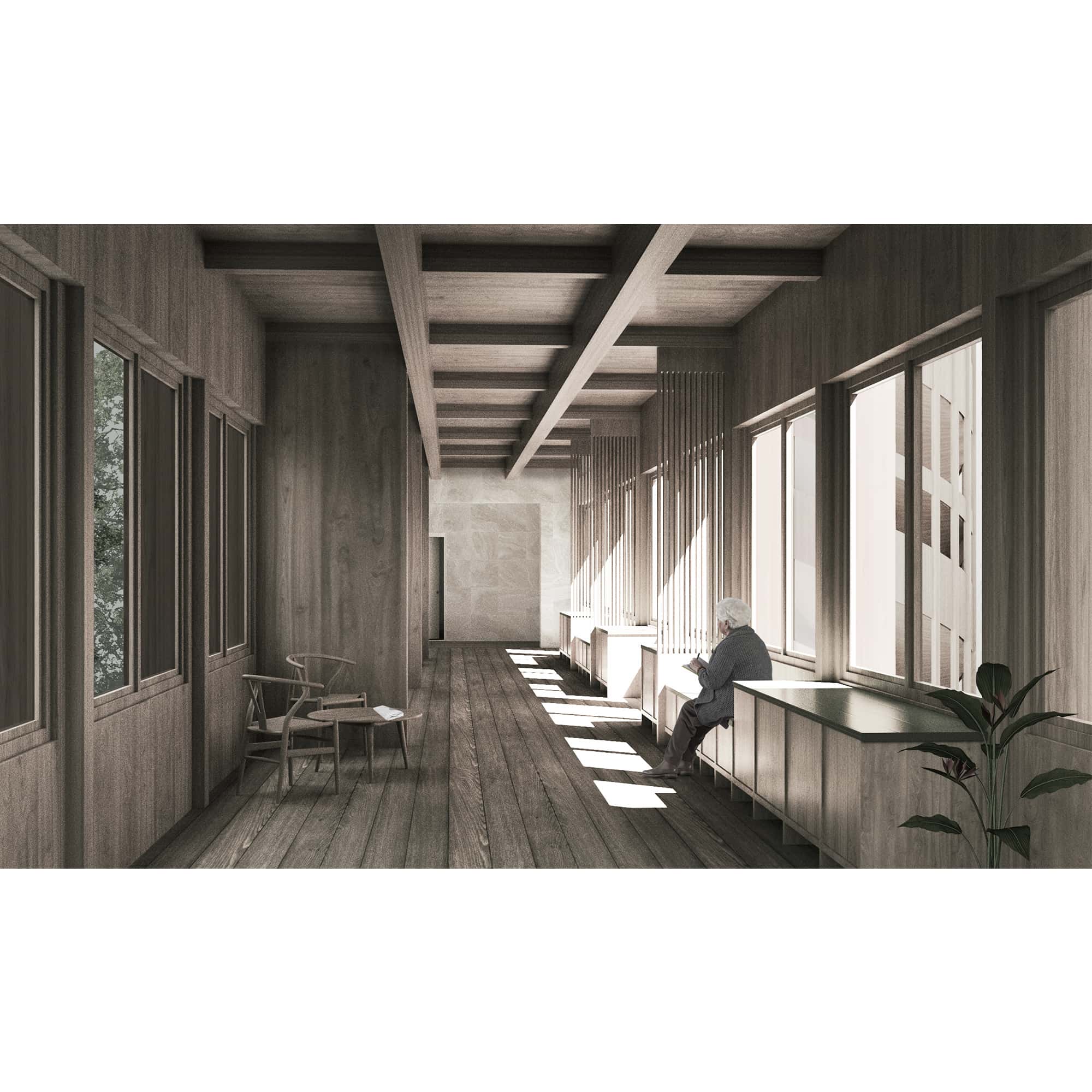 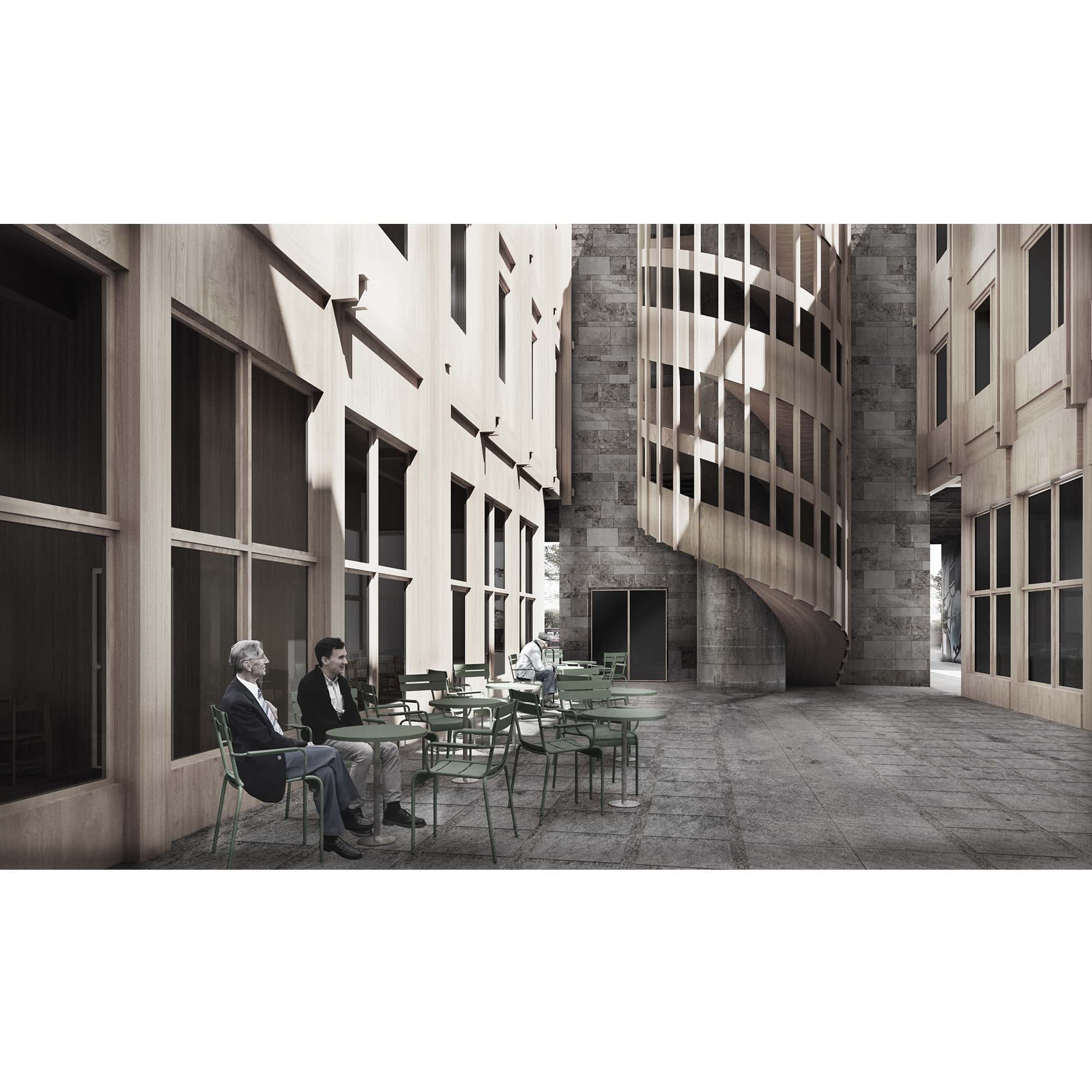