FRA VÆRESTED TIL MØDESTED - a new frontier for the socially vulnerable.

The title, Fra værested til mødested, suggests a shift in what today’s socially vulnerable people request, but the title also resembles some kind of evolution.

Væresteder has since the 90’s evolved when it comes to user-groups, ambitions, and desire for connecting with society, but our society’s perception has somehow not followed that evolution. This results in a disconnect between the two.

This thesis project investigates the situation of the socially vulnerable in Aarhus, more specifically in Sydhavn. During the research phase, it became clear that in Denmark there is an increasing problem with urban and cultural gentrification.
Therefore, this project aims to create a new and stable base for the socially vulnerable in Sydhavn, now and as an architectural anchor in the future.

Through user involvement, this project gains insight into the biggest challenge facing the socially vulnerable today which is social exclusion from society. Even though there are fantastic community-integrating initiatives at Sydhavn, they are still
struggling to get people from “outside” invited in. It is within the context of this issue that architecture can serve as a powerful tool.

For this reason, this project focuses on creating an architectural link between the two worlds with more inviting frames. The future base will encourage more natural and sustainable encounters between the socially vulnerable and the ”rest of society”. 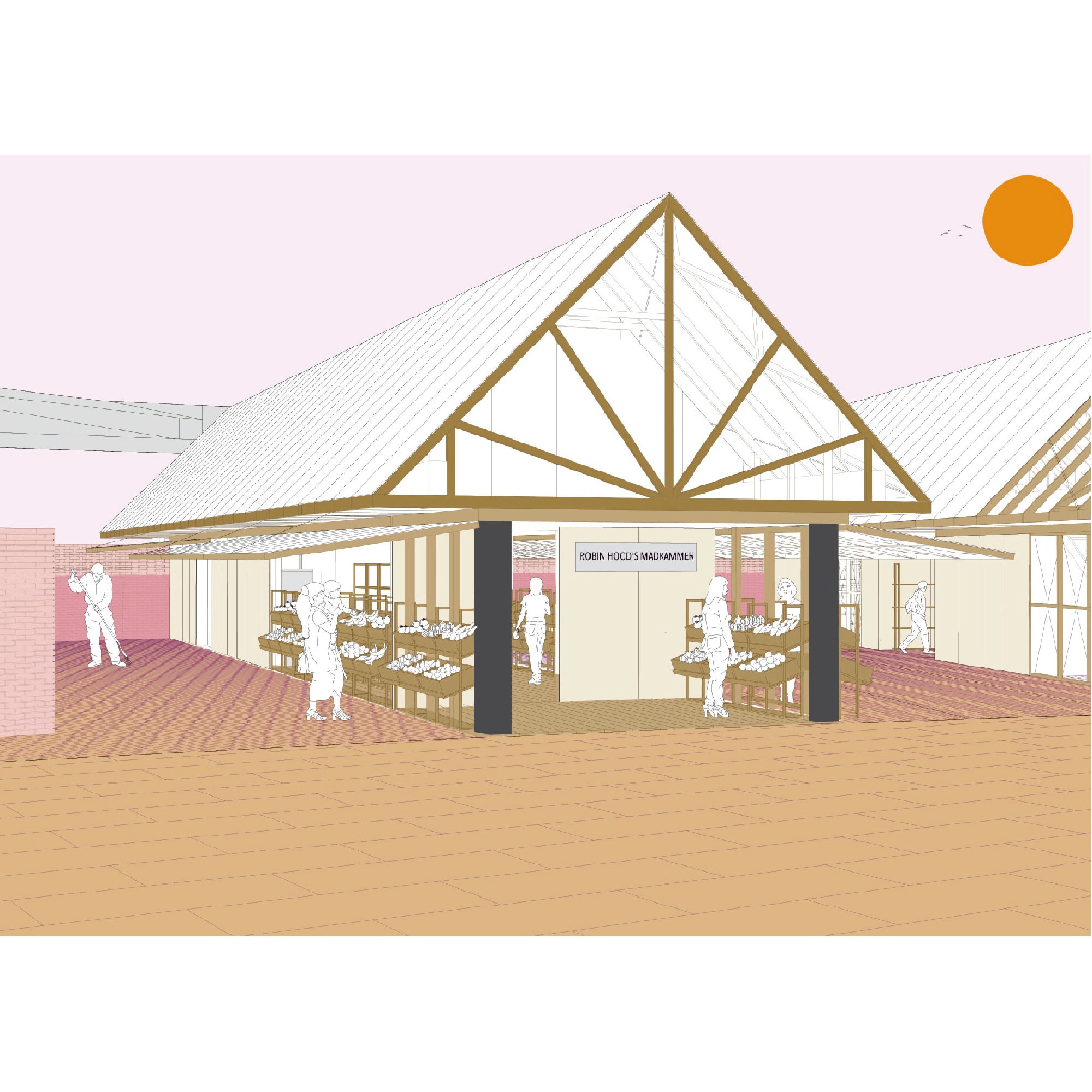 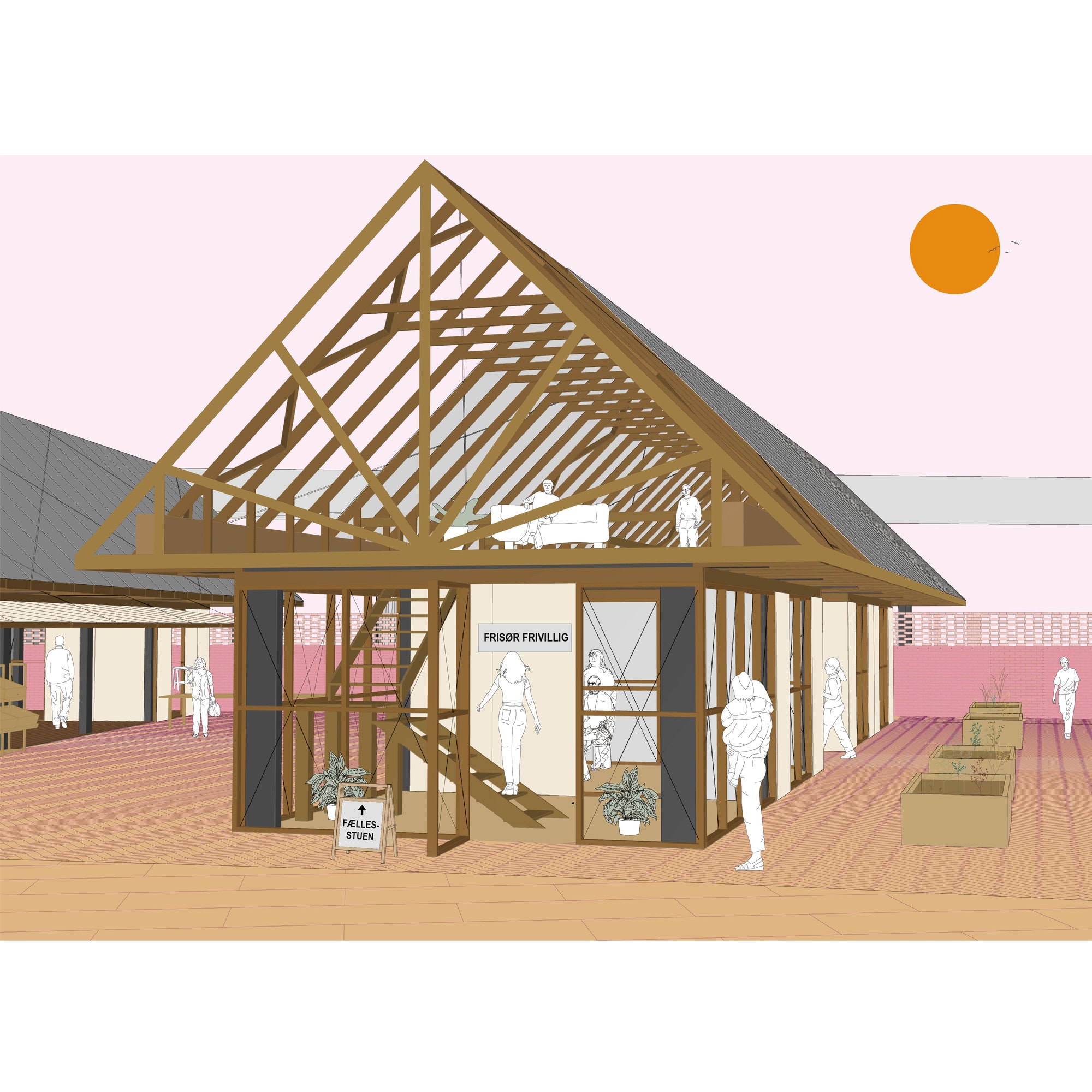 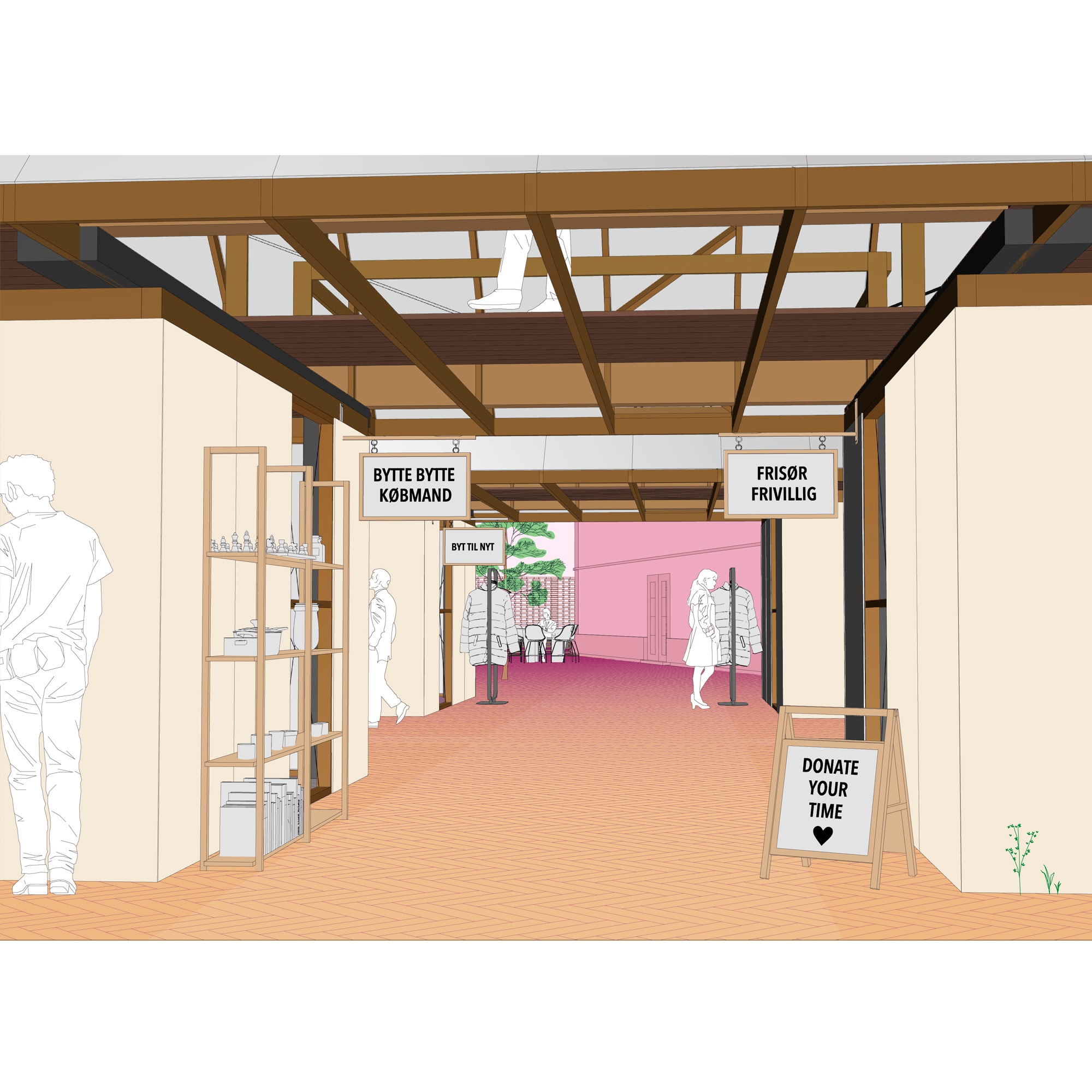 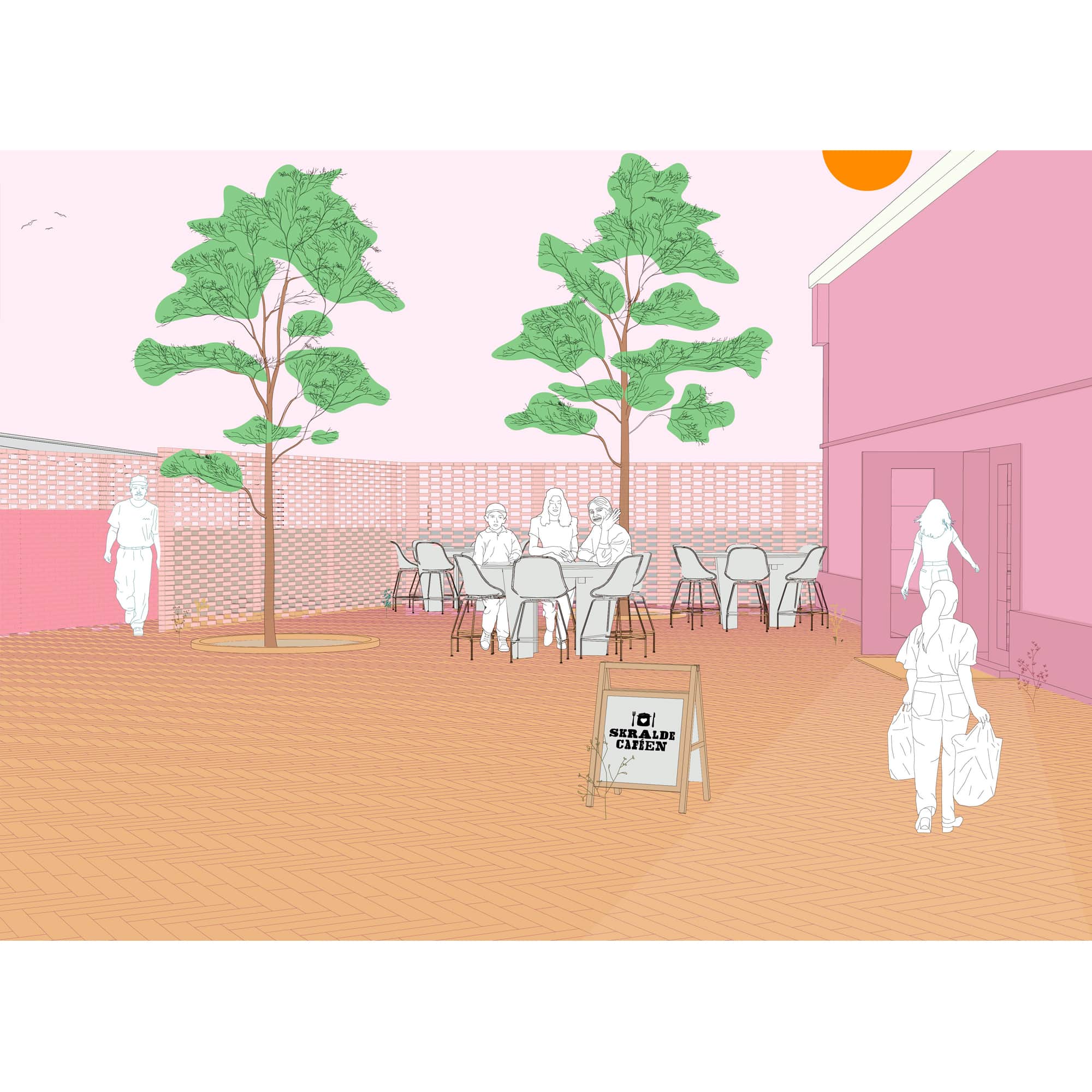