‘Pier 3 quarter – a resilient biotope’ is a project on the urban scale that presents a new approach to urban waterfronts, in the context of Aarhus Harbor. The project develops the former ferry berth (Pier 3) on Aarhus Ø into a sustainable quarter that is designed as one plot, instead of an urban plate of cakes that Aarhus Ø is. And uses nature and climate changes as the main driver for creating a resilient biotope.

PIER 3
Pier 3 is a part of Aarhus Ø and located in the transition from the center of Aarhus to the tip of Aarhus Ø, The Pier was established in an expansion of the north harbor in 1967 and have been used as a ferry berth and storage of shipping containers since. The area was handed over to the municipality in November (2020) by the harbor association and the municipality have already said to a Danish newspaper that they see an opportunity to develop the pier into a diverse area with 300.000 square meters built.
The 300.000 square meters was my target and an important factor to make this project relevant in the discussion of current urban development.

PROPOSAL
The 300.000 square meters is programmed with functions that benefits both the inhabitants, the visitors and those who work there, with a goal of catalyzing a sustainable behavior and creating a diverse quarter.
The quarter is designed WITH the water and not against it, to achieve a synergy between the city and the sea, and at the same time protect itself against rising sea level.

The new quarter on Pier 3 is built in four phases to avoid a too fast development.
PHASE 1 is where the foundation of the resilient biotope is made and pier 3 is integrated in Aarhus through a social link. Local stakeholders are invited to program the storage hall and be a part of the new urban park and square. The southwest edge is activated with life both on and off land, and the pilot tower opens up as a public watch tower, that give an overview of the pier's development.
PHASE 2 is where a structural anchor to Aarhus is created. The urban axis and scale from stage 2 of Aarhus Ø continues across the boulevard. The first structures and urban spaces on Pier 3 will be different in scale, program and expression but paired to have a diverse quarter from the beginning.
PHASE 3 is where the row of buildings becomes a connected quarter. A part of the storage hall is kept and further developed into a activity house with parking. The water is activated on pier 3 through canals, in between structures and inside the new subquarter with courtyard structures, the "blue courtyards" I call them.
PHASE 4 is where the final structures are built. The single houses on the edge and the floating islands on water, makes the dissolving of the urban scale complete and the node between city and the sea is established.

The quarter is composed with structures that dissolves the urban scale towards the sea, the urban spaces of Aarhus Ø and the hard and linear urban landscape into an organic landscape for the biotope to grow. 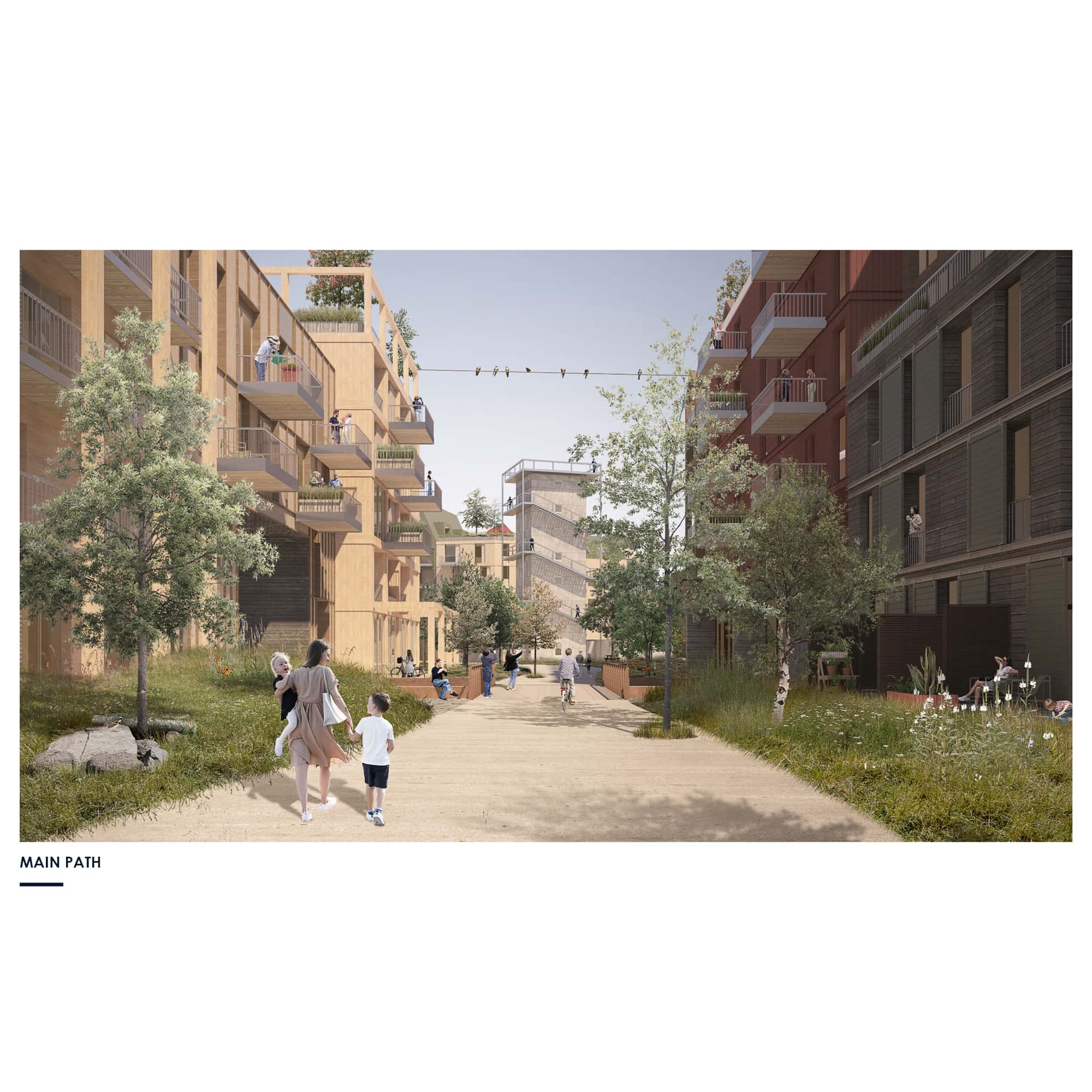 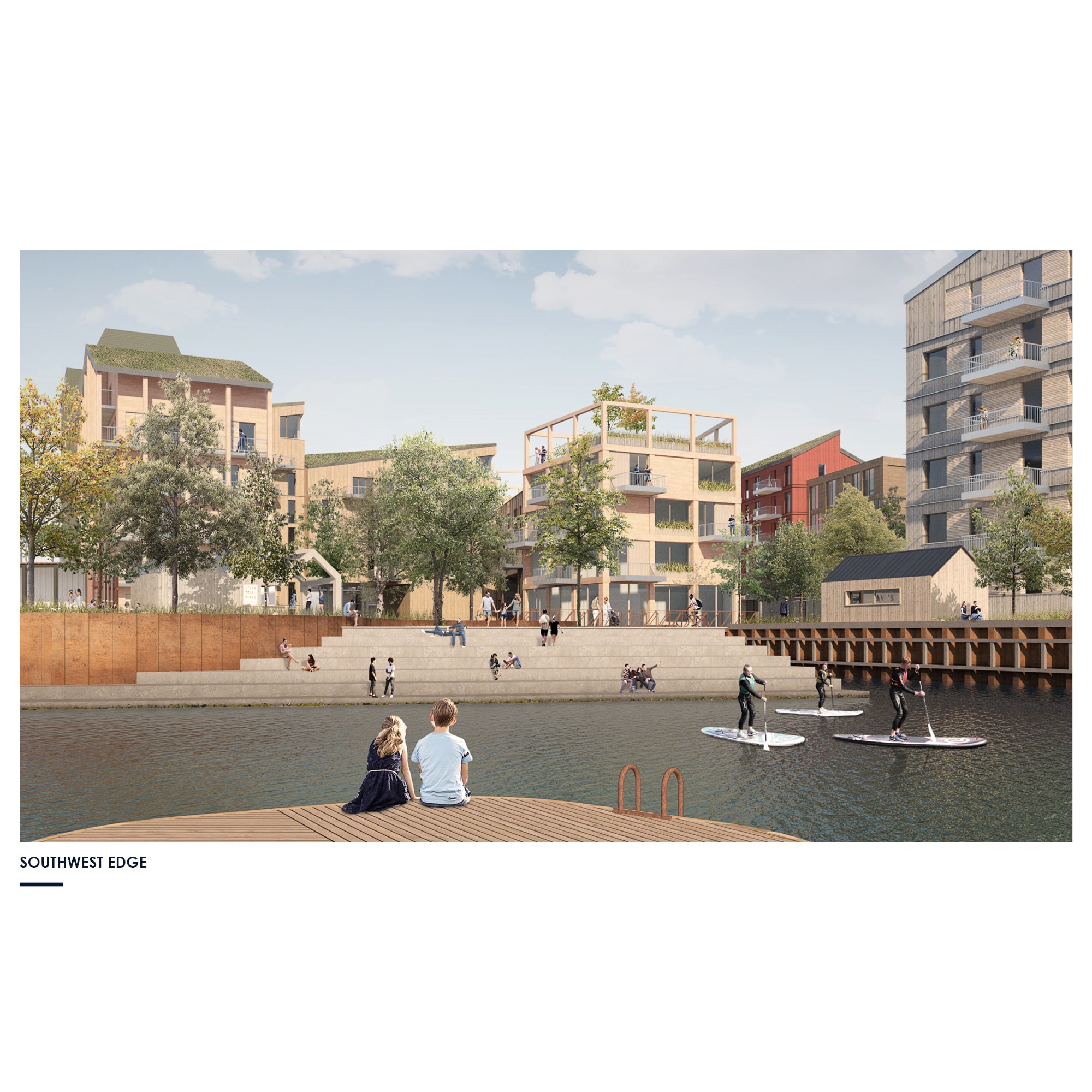 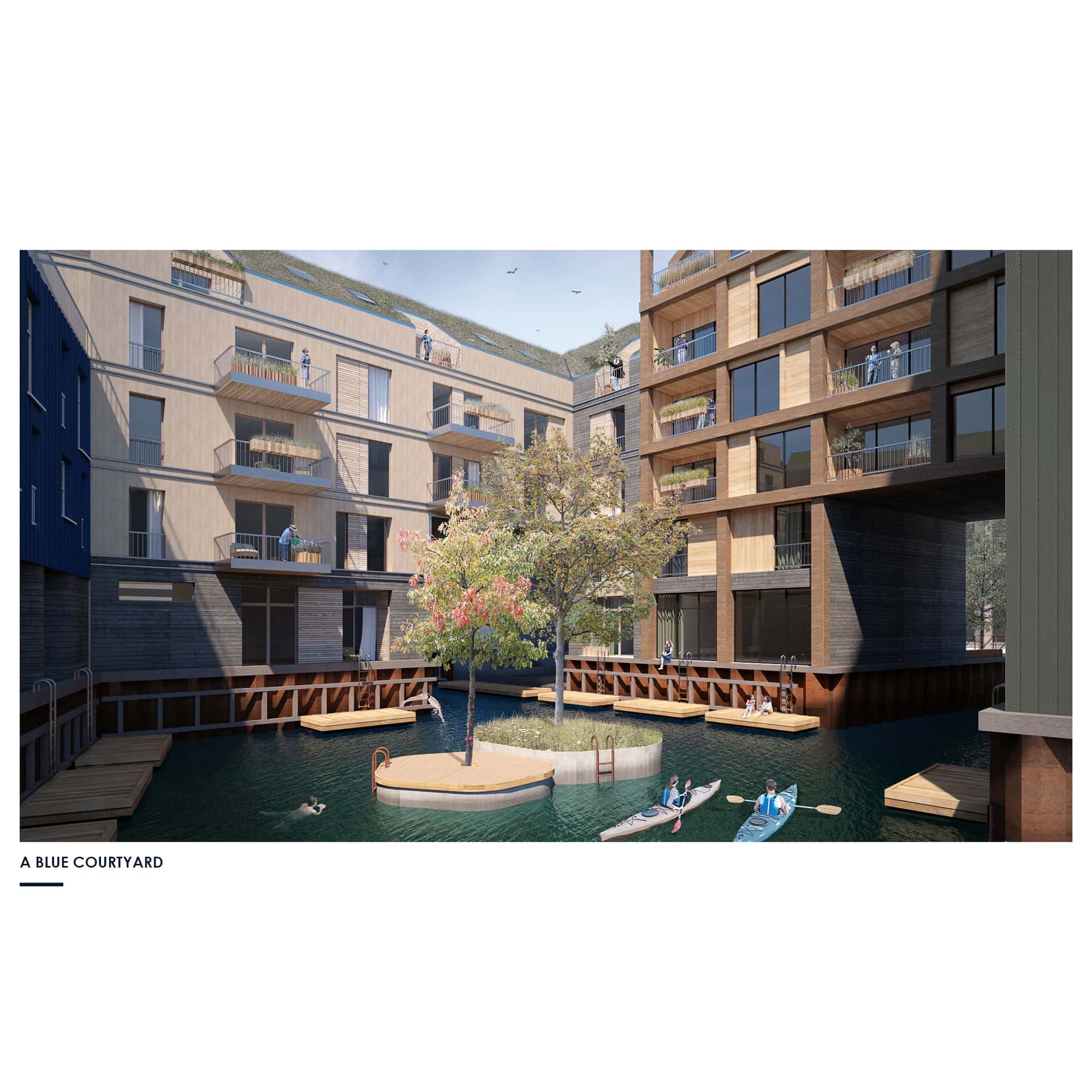 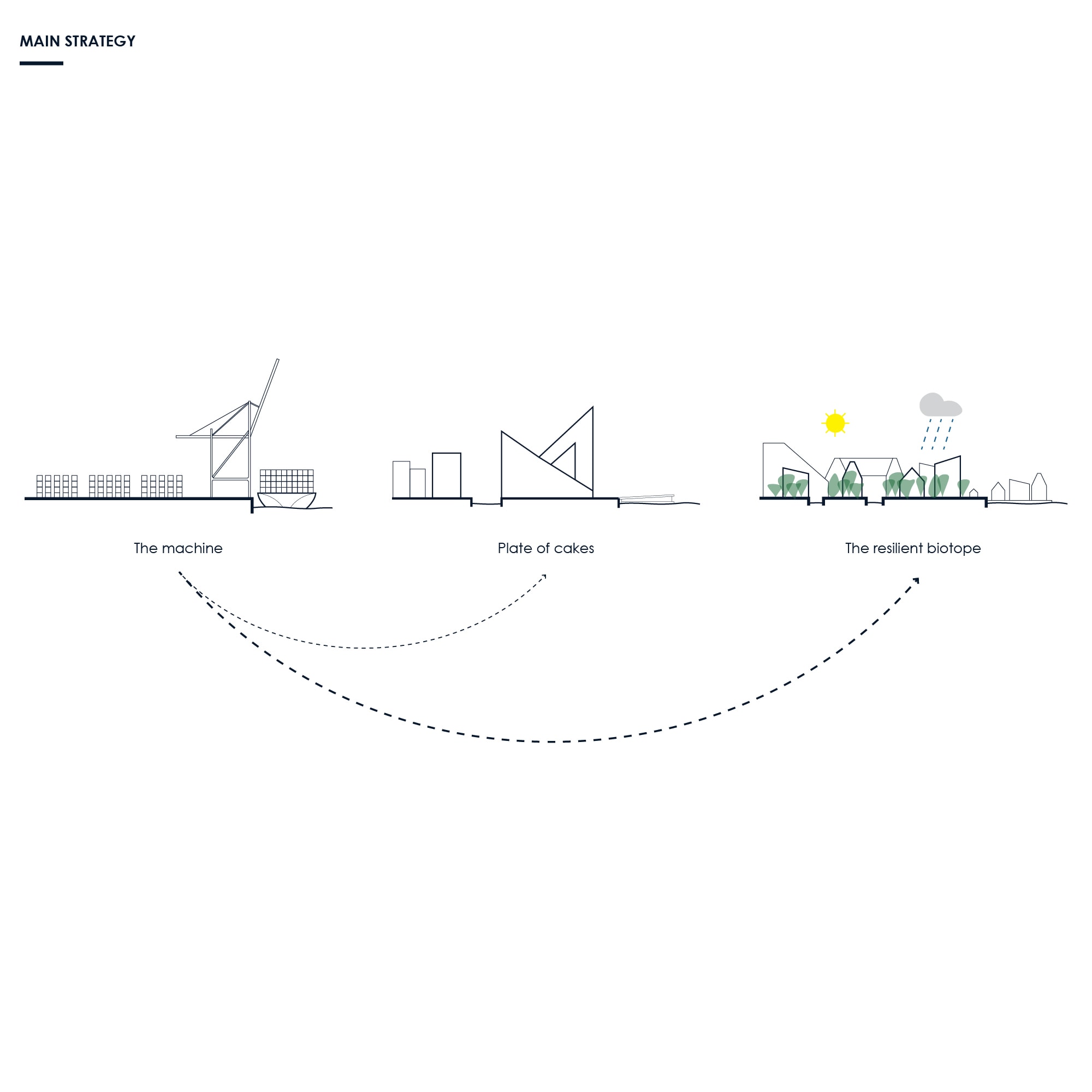